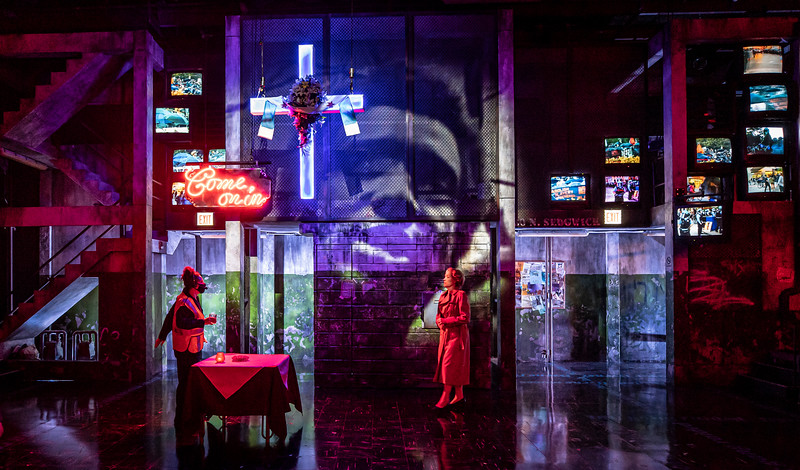 The soaring murder rate in Chicago is a leading topic in public life these days, as our leadership seems powerless to stem it. And as the crime seeps out of the city’s poorest neighborhoods into its richest, people start paying attention.

Sadly, all of this makes “Her Honor Jane Byrne,” a powerful new play written and directed by J. Nicole Brooks, which recently reopened on the Lookingglass stage as that company’s post-pandemic return, all the more relevant. (It was five days into its premiere run in 2020 when COVID-19 shut everything down.)

History has been ambivalent at best about the legacy of Jane Byrne, Chicago’s first, and until Lori Lightfoot, only, woman mayor.

She entered politics during the long reign of RIchard J. Daley, becoming his protégé, but when he died suddenly in office, his former minions quickly dumped her. So she ran for mayor as a reformer and won and in doing so, punched the first crack into the seemingly impenetrable wall of the Chicago Machine, a crack that Harold Washington broke through when he beat her after her single term in office. But she wasn’t really a reformer.

She is perhaps most remembered for her decision in 1981 to move into the notorious Cabrini-Green public housing project; this action and its repercussions are the subject of this play. At the time, the crime rate in Cabrini-Green was soaring, and many of the shootings were by snipers up in the high-rises, creating an especially heightened sense of horror. And, since the housing project was adjacent to Chicago’s affluent Gold Coast, the volume around crime in its environs was dialed up in the same way it is now that murders have spread into the city’s upscale neighborhoods.

“Her Honor Jane Byrne” opens on a scene where the mayor is seeking answers from the police commander assigned to the district, in the presence of Richard Brzeczek, superintendent of police, and Charles Swibel, the real estate developer and longtime head of the Chicago Housing Authority—the man ultimately responsible for the condition of Cabrini-Green.

In echoes of the public utterances of current police union president John Catanzara, the local police commander is combative with and condescending to the city’s first woman mayor, who is channeled pitch-perfectly by Christine Mary Dunford. Against the wishes of all present, she declares she’s moving in until the violence is cleaned up.

Once Byrne makes her move, she’s faced with pushback not only from the political machinery of the city, but also from CHA residents and activists—led by Sydney Charles as Marion Stamps in a powerful performance—who resent what they see as an impotent act of political theater, another episode of the white savior complex. Plus many residents just want their elevators to work as well as other simple basic necessities not prioritized by the CHA. 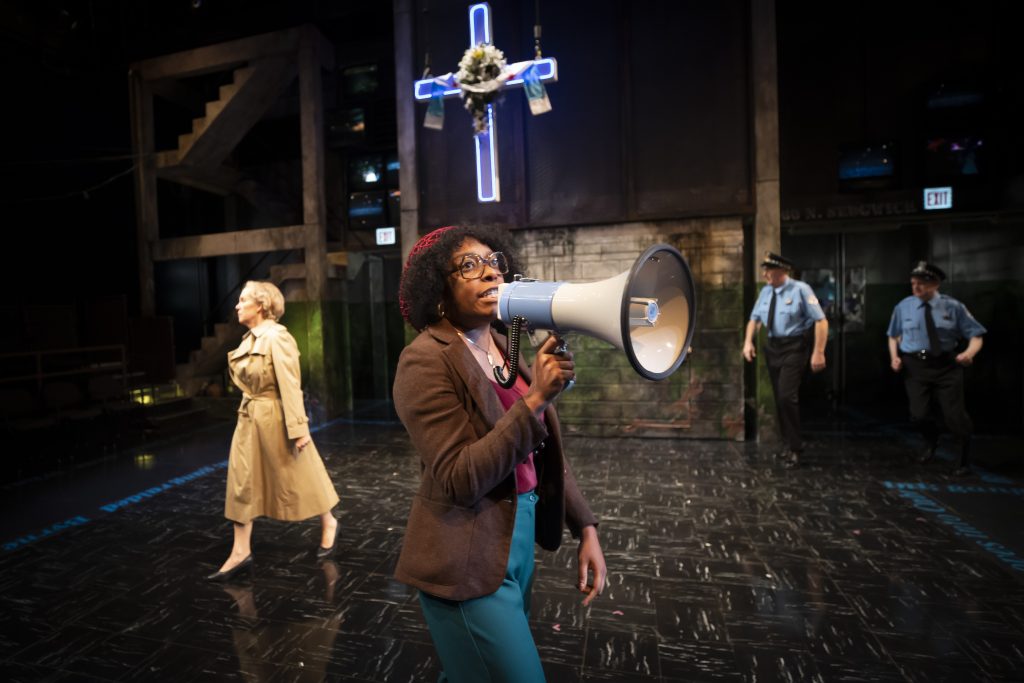 Eventually, she quietly moves back to her Gold Coast apartment and before long, she’s out of office and Cabrini-Green is again front-page news for violence, until it’s torn down and turned over to real estate developers who convert the land into upscale housing.

Forty years later, the multigenerational trauma of violence continues to terrorize poor and working-class neighborhoods, a theme that this play punches you in the gut with.

Imaginative production design elevates Brooks’ staging, especially in the use of multimedia and a spacious open set designed by Yu Shibagaki. It especially suits the second act, when, after a more conventionally chronological opening act, Brooks opens up the narrative and explores themes in a more freeform structure that balances the political narrative with the everyday struggles of the residents of Cabrini-Green.

While Brooks’ narrative casts the likes of Swibel, Brzeczek, policemen and mob-tied alderman Fred Roti in the harshest possible light, Byrne herself is more nuanced. Yes it was political theater, but aren’t all political acts ultimately theater? At least Jane Byrne tried to change the narrative.