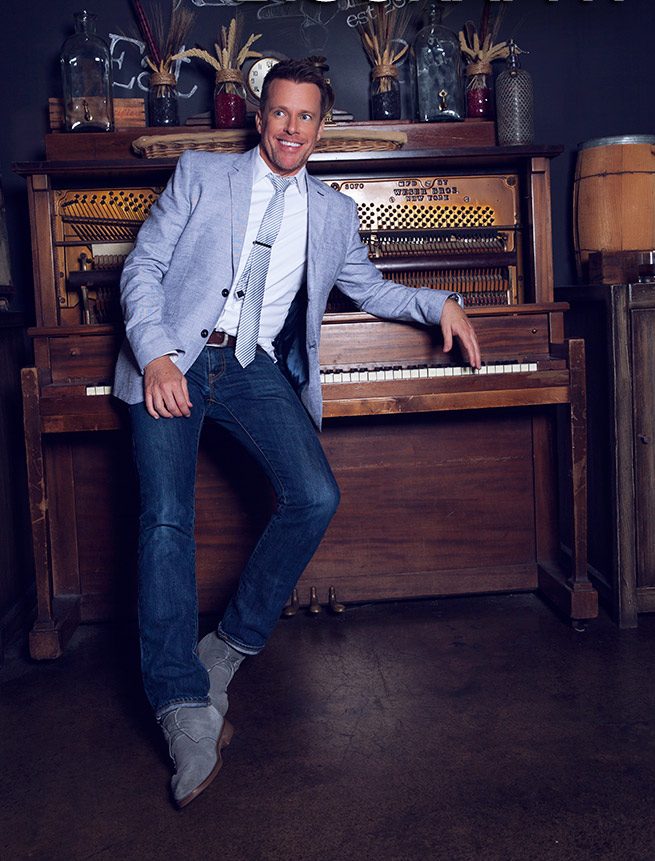 In the highly competitive world of show business, it can be hard to find true friends who will look out for one another. But comic Chris Franjola was one of the lucky ones, becoming best buddies with rising star Chelsea Handler and joining her on a rocket ride to success while serving as a writer and as frequent on-air talent for more than 1,500 episodes of her E! network late-night show “Chelsea Lately.”

Franjola honed his rapier-sharp wit on the show, scoring nightly hits cracking wise about popular culture, in addition to acting in three seasons of “After Lately,” a reality-show spoof about the behind-the-scenes machinations of the show. With “Lately” long gone, Franjola has proved popular in his own right as the host of the weekly podcast “Cover to Cover with Chris Franjola,” which is among the top fifty comedy podcasts ranked on Apple Podcasts.

He’s also a big draw in clubs from coast to coast, and will be hitting the stage of Zanies on December 13 and 14. The fifty-four-year-old New York native is blending stories of being a new father and caring for his elderly parents with his usual rapid-fire slams on pop culture, making for an hour of fun that audiences are embracing.

“Every week I do shows, I try to have a brand-new ten-to-twenty minutes, because there’s always something amazing to hit on,” says Franjola. “Having a pop-culture podcast for an hour a week also keeps the ideas flowing, so I’m having fun on all fronts.”

Growing up in Long Island, Franjola recalls having a “pretty funny family” that supported his humor, while drawing inspiration from watching the parade of comics who performed on David Letterman’s classic “Late Night” show. He also attended comedy clubs frequently as a teen and young adult, while maintaining an extensive comedy-album collection that gave him the impetus to take his chances on the comedy scenes of both coasts.

“I met Chelsea right away in L.A., when I was nineteen or twenty, and we performed together a lot and she kept having me on the shows she did,” recalls Franjola. “Her show was a monster hit, and I think the key to its success was it was an unfiltered, fun way of looking at daily events.

“It gave people a good alternative to the serious news at eleven o’clock, and she was real and said things nobody else would say,” he says. “She let comedians be comedians, which is pretty rare on TV, and very unselfishly let everyone do their thing. And then people loved it so much all over that we got to take the show to places like Tokyo, Australia and England.”

These days, he’s happiest running his own show, noting that running a good podcast is the most valuable way to score as a comic.

“I’ve done albums and I’ve done specials, but to be honest with you, I feel that a podcast at this point is far more important than those and will get you a lot farther,” he says. “I’m doing an hour of new material every week, and any other type of special you’re just working on it forever and then just burning the material. My audiences come out to see me from that now, and so I just try to make that as good as it can be.”