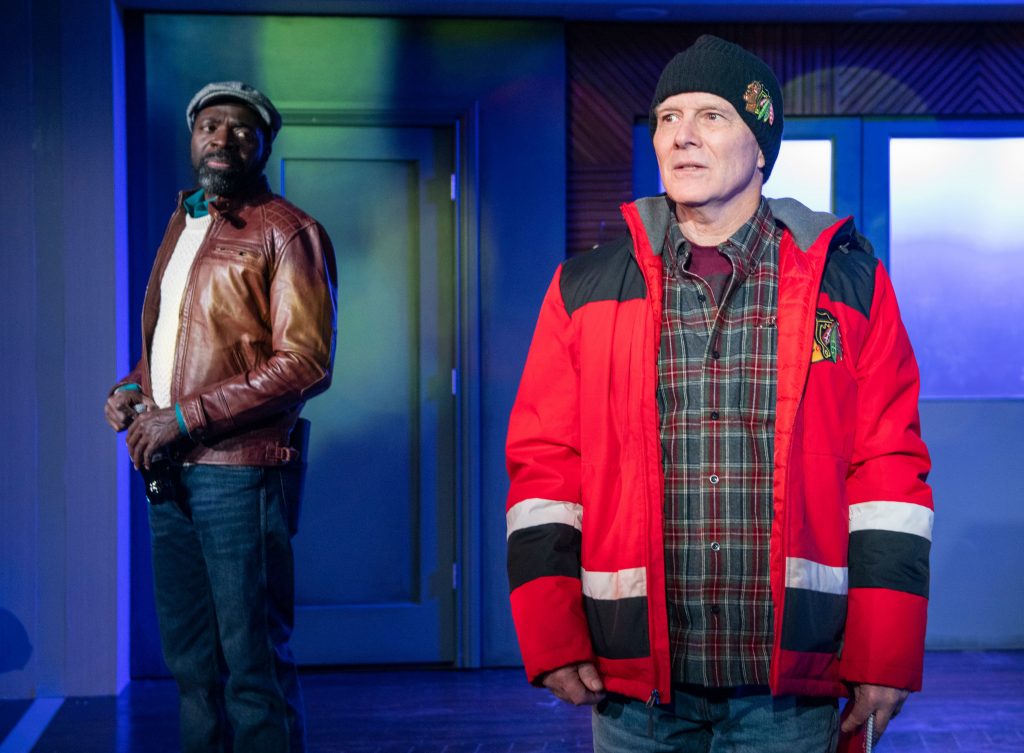 Beneath all the mistletoe and glittering lights lies one very sobering fact. Christmas is a hell of a time to be an alcoholic. For that reason alone, it might make sense to find time in between the usual seasonal fare to view “When Harry Met Rehab.” Written by Harry Teinowitz (who had a twenty-five-year radio career in Chicago) and Spike Manton, this production is a retelling of Harry’s time in rehab.

The play begins with Harry entering rehab after getting a DUI. As many sports-radio listeners already know, this is a plot development writer Harry Teinowitz is quite familiar with. Harry also is played by veteran actor Dan Butler which, considering his previous portrayal of sportscaster Bull Dog on Frasier, is an excellent casting choice. Once in rehab, he meets no-nonsense addiction counselor Barb (Melissa Gilbert), who is quick to tell him a variety of not-so-fun facts (least funny of all is her assertion that one out of ten drivers on the road today are impaired). Other rehab residents include the complex and lonely Andrea (Elizabeth Laidlaw), the always-angry opioid-addicted pharmacist (Keith D. Gallagher), the father hoping not to repeat the mistakes of his own father (Chike Johnson) and the often off-the-wagon George (Jonathan Moises Olivares). This very talented cast shines especially bright during a series of free-flowing therapy sessions. Also impressive are frequent asides delivered by the actors detailing other people’s triumphs over addiction.

This play undoubtedly will resonate strongly with anyone affected by alcoholism. At the same time, the production too often is content to simply skim the surface of addiction without providing meaningful further exploration. Case in point would be Harry, who on stage fails to ever truly confront his own relationship with alcohol. The consequences of his drinking (outside his one DUI and some health concerns) are also never adequately detailed and there is surprisingly little time spent on his struggle overcoming addiction. Instead we are left with a central character who begins and ends the play telling jokes. While this produces more than a few chuckles, I cannot help but wonder about the demons he would prefer not to face.