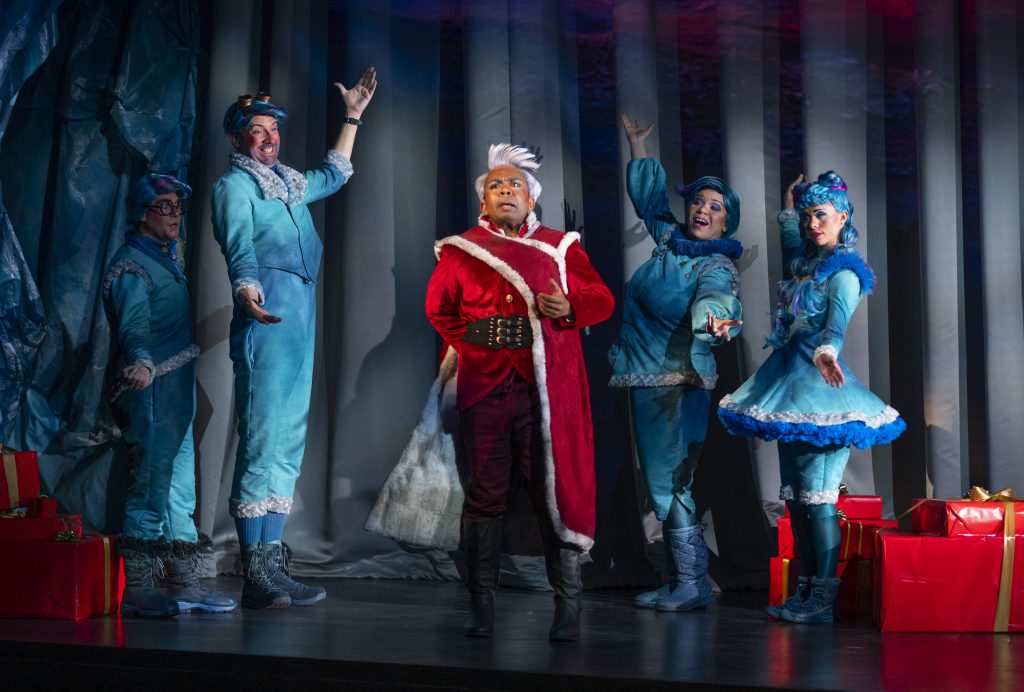 There’s always Humperdinck’s “Hansel and Gretel,” often presented as a children’s Christmas opera, albeit a dark telling. Victor Herbert’s fairytale operetta “Babes in Toyland” was once a holiday staple but has fallen into obscurity. Menotti’s “Amahl and the Night Visitors” was written as a Christmas opera for television which means its hour length is only a holiday hors d’oeuvre when performed.

Kudos to composer-librettist Mark Adamo for tackling the idea of writing a Christmas opera that attempts to fill that void and to Chicago Opera Theater for presenting this all-new, second-ever production of Adamo’s 2015 “Becoming Santa Claus.”

The title is misleading in that this is not an epic sung saga on the centuries-long mythologizing of St. Nicholas. This is holiday fiction so outside of temporality that its Santa character can have star-chasing magi as relatives despite a near three-century gap between these figures.

The kingdom where “Becoming Santa Claus” is set is far north. The attire, harpsichord and florid singing suggest eighteenth century, but the sumptuous orchestral score is unabashed romanticism albeit with contemporary touches such as two pianos respectively tuned a quarter tone flat and sharp.

Did I mention all the characters are elves and that the climactic aria is sung by a donkey? If this all sounds as if we’ve gone through the holiday looking-glass, Adamo, astonishingly, pulls it off.

Tenor Martin Bakari makes a youthful and exuberant Prince Claus, spoiled to the core by his mother Queen Sophine, mezzo-soprano Nina Yoshida Nelson. Both roles are technically demanding and each also make a dramatic journey that is central to the climactic payoff.

No less significant is the role of the Donkey/Messenger, bass David Salsbery Fry, who movingly delivers an animal’s account of the Nativity.

The orchestra is in many ways the star of the production—sometimes literally in portraying the Star of Bethlehem—and is led with attention to nuance, color and atmosphere by Chicago Opera Theater music director Lidiya Yankovskaya.