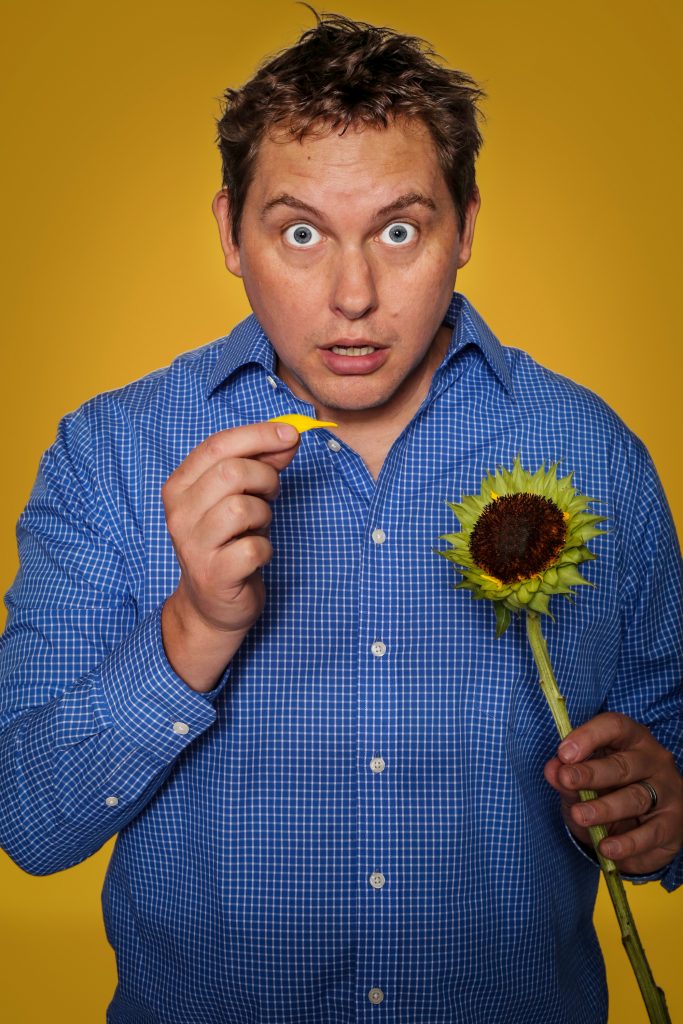 Tom Clark has learned to overcome tough crowds during a twenty-year stand-up career that has included appearances on “Conan,” “The Late Late Show” and “Premium Blend.” A Milwaukee native who cut his comedy chops during a long stint in Chicago in the nineties, he’s also starred in his own Amazon Prime comedy special, “Outraged,” and will headline the Rosemont Zanies January 6-8.

While the Milwaukee native always managed to make his classmates laugh while growing up in Catholic schools, he only decided that comedy was his calling while working with troubled and impoverished teens in Mexico.

“After I graduated from college, I wasn’t really sure what I wanted to do, and I had considered the Peace Corps, but didn’t want to do the two-year commitment,” recalls Clark. “Our parish priest gave me a pamphlet about a program in Ciudad Juárez that was a recreation program for at-risk youth. I ended up working with hardcore gang members, cholos.

“They hated me at first and I can’t say I blamed them because the U.S. was polluting the border with their factories and paying horrible wages,” he continues. “I would sing classic rock songs or really hardcore Nirvana songs on guitar, and they got a real kick out of it.

“That was my first taste of performing and making people laugh and I loved it, and their commitment to their lives has taught me to be totally committed onstage. When I got back to the U.S. six months later, I figured if I could entertain hardcore cholos, an audience of Midwestern folks would be a piece of cake. I took a comedy class in Milwaukee and the rest is history.”

Clark brings unstoppable physical energy and admittedly “goofball” perspective to topics including his life as a recently married man, to a ridiculous movie he’s pitching and improvised songs on guitar.

“My humor around my friends has always been rather silly and didn’t really rely on being dirty,” says Clark. “I always made fun of myself. I think that having a self-deprecating sense of humor does come from my Catholic upbringing though. I definitely talk about growing up and my parents, but not so much about being Catholic.

“Although I’m sure that might come across in some of the stories I tell. Like how odd it is doing the Sign of Peace in church when we spend most of mass ignoring each other until that moment,” says Clark, who frequently headlines shows for the comedy collective Catholic Laughs nationwide.

“One time when I was little we got to go on a tour of the Lincoln Memorial and during the tour they told us how tall Lincoln was standing up,” he recalls. “Later on we went to a church and during the homily the priest asked if we had any questions. I noticed there was a picture of Jesus sitting at the Last Supper and I asked the priest how tall he was standing up. That was probably the first big laugh I ever got and it was on accident.”

Clark’s wife is fellow comic Stephanie Clark, a rising star on the Los Angeles scene whom he credits for giving him a greater motivation in his career. His favorite joke about their marriage is, “My wife is a bartender, so we never argue. Instead I just leave her bad Yelp reviews. So the review will be: Food was good… she could listen more.”

The couple writes, produces and costars in the YouTube web series “The Clarks,” about their life together. They also travel together to his frequent headlining gigs nationwide. That’s a perfect fit for him because “she’s my biggest supporter and my biggest critic. And during the pandemic, we rewatched our wedding videos just to see what we agreed to.”