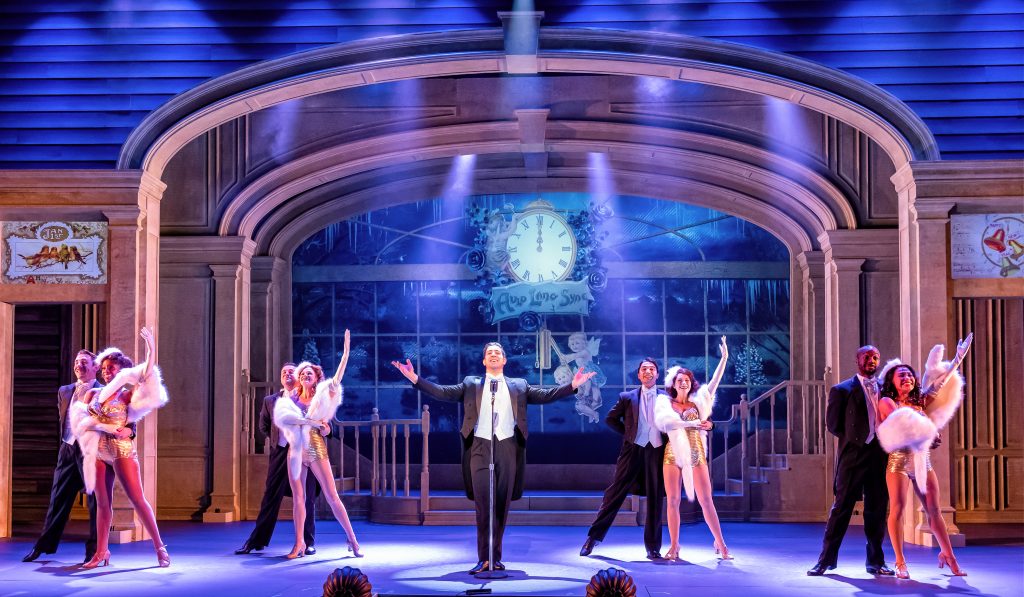 Christmas cognoscenti know that “White Christmas,” the best-selling single of all time, did not originate with the film of the same name. Rather, 1954’s “White Christmas” is, as Bing Crosby who starred in both films described it, “an inferior remake” of 1942’s “Holiday Inn,” which introduced the song.

It was songwriter Irving Berlin who had the idea for a film where every holiday would have its own song. As such, “Holiday Inn” follows the entire year and unlike the film “White Christmas,” is not merely a Yuletide yarn.

Berlin was expecting “Be Careful, It’s My Heart,” the Valentine’s Day number, to be the big hit. Crosby never saw the popularity of the song “White Christmas” coming either: he reportedly laid down the track in eighteen minutes. Unexpectedly, it was Crosby gently crooning to a country navigating its way through the horrors and sacrifices of World War II that ended up nostalgically reminding everybody of exactly what we were fighting for in the first place.

The 2014 musical “Holiday Inn” offers a stage version of the 1942 film, deleting some numbers and adding other better-known Irving Berlin songs. It was a formula that had been lavished on 2000’s “White Christmas” stage musical but with a crucial difference: “White Christmas” treated its source material tongue-in-cheek, almost a sendup a la “The Brady Bunch Movie.” But the comedy in the stage musical “Holiday Inn” preserves the wryness and show-business milieu of the original and takes its best aspects and makes them contemporary.

Add to that the momentum and energy of director and choreographer Matt Crowle, the end result is spectacular entertainment. Crowle is a veteran song-and-dance man who has assembled an ideal cast, all of whom can sing and dance up a storm. Yet at the same time, we get to know and care about these characters.

It goes without saying that a show like this needs to deliver showstoppers that take the roof off, and that this “Holiday Inn” does with aplomb. But no less important is that those numbers are given deeper context and meaning by our investing in the journey of its inhabitants. For entertainers to effectively play entertainers on stage is no small feat, it often comes off like performing in italics. But here, it feels organic and natural.

Adrian Aguilar plays Jim Hardy, making his disgust with the hustle and bustle of nomadic show life palpable. He and co-partner Lila Dixon (Darilyn Burtley) are planning to marry and settle down on a farm Jim bought in Connecticut, but he’s broadsided by friend and partner Ted Hanover (Drew Humphrey) who has signed contracts for himself and Lila. A dejected Jim heads out to the farm alone but meets Linda Mason (Erica Stephan), who in this version, is a school teacher who used to live there but comes visiting. Sparks fly, all carefully set in motion by comedic yet poignant housekeeper Louise (Danielle Davis), the moral compass and conscience of the show who delightfully steals every scene she is in.

Linda is a song-and-dance wannabe and it doesn’t take long before they open the large house as an inn only open on holidays with numbers written by Jim. Ted comes to the inn after being dumped by Lila and, of course, another triangle begins.

The inn itself is a character in the show, with a magnificent set design by Jeffrey D. Kmiec, complete with a realistic picture window-view of each dramatic change of season as a colorful backdrop for the holiday numbers.

The music, too, is well-served by music director Linda Madonia with Christopher Sargent conducting an energetic ensemble that conveys the performance practices and needed nuances of vintage Irving Berlin numbers.