Here are the Players from Chicago’s most-established institutions. 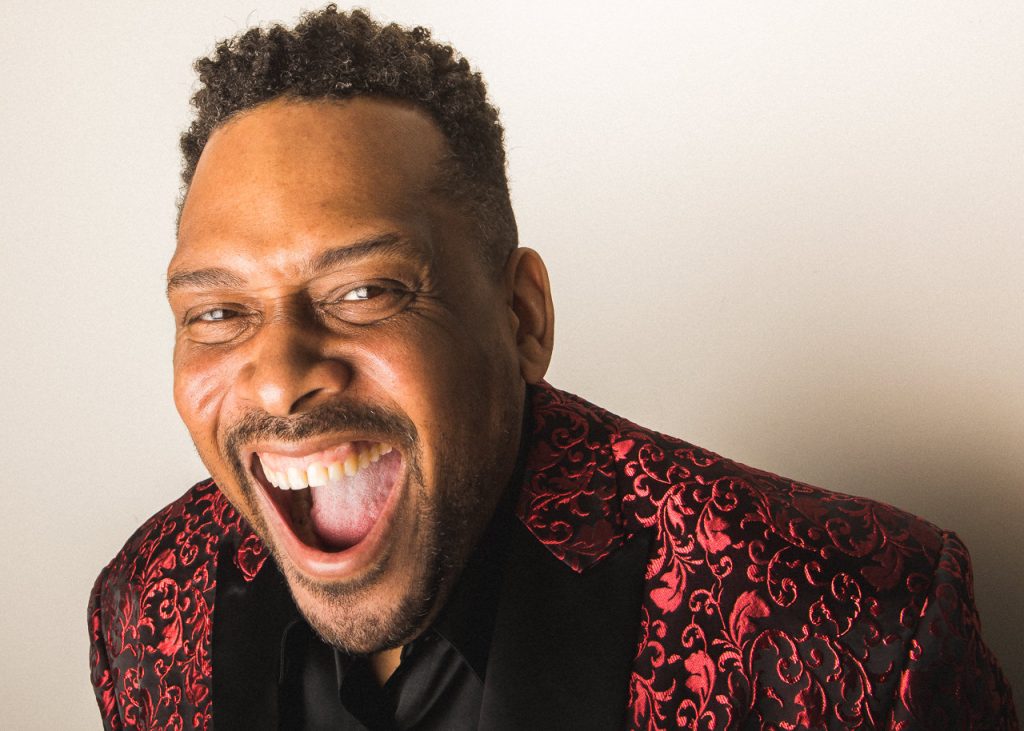 36
Daryl Brooks
Producing Managing Director, Black Ensemble Theater
It’s easy to think of Black Ensemble Theater as the Jackie Taylor show, so legendary is its founder. But that would be a mistake, as much of the credit of the company’s recent success is shared with the second-in-command on the artistic side, Daryl Brooks, who has a hand in every show. A twenty-year veteran of the company, he helps Taylor plan the season and co-chairs the Black Playwrights Initiative. And Brooks makes his mark around town as a director as well. His “Pump Boys and Dinettes” at Porchlight this fall was critically acclaimed, and he’s on deck to bring his “Women of Soul” to the Mercury Theater in January 2022 and then off to Phoenix to direct “The Color Purple.” After that he’s back “home,” writing and directing the final play of Black Ensemble’s 2022 season, “Heavenly Blues.” 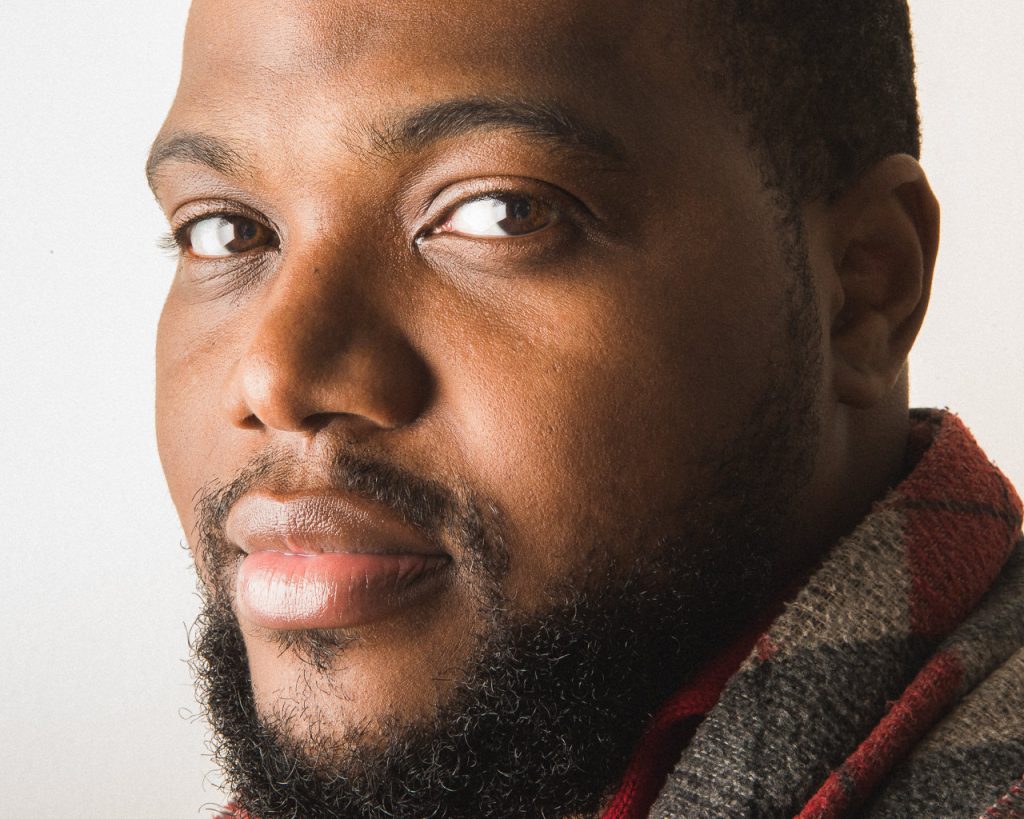 16
Ken-Matt Martin
Artistic Director, Victory Gardens
Victory Gardens hired Ken-Matt Martin as artistic director in the midst of the pandemic shutdown. Even so, in nine months, Martin has made big changes. He brought in new members to the Playwrights Ensemble, honored the original ensemble at the company’s gala in November, and will be directing Victory Gardens’ return to the stage (“Queen of the Night”) in January. Martin’s impressive resume and artistic vision bode well for the Lincoln Park theater. For an artist like Martin, rooted in social change as it applies to theater, Chicago is bound to see big movements coming from Victory Gardens in the coming years. 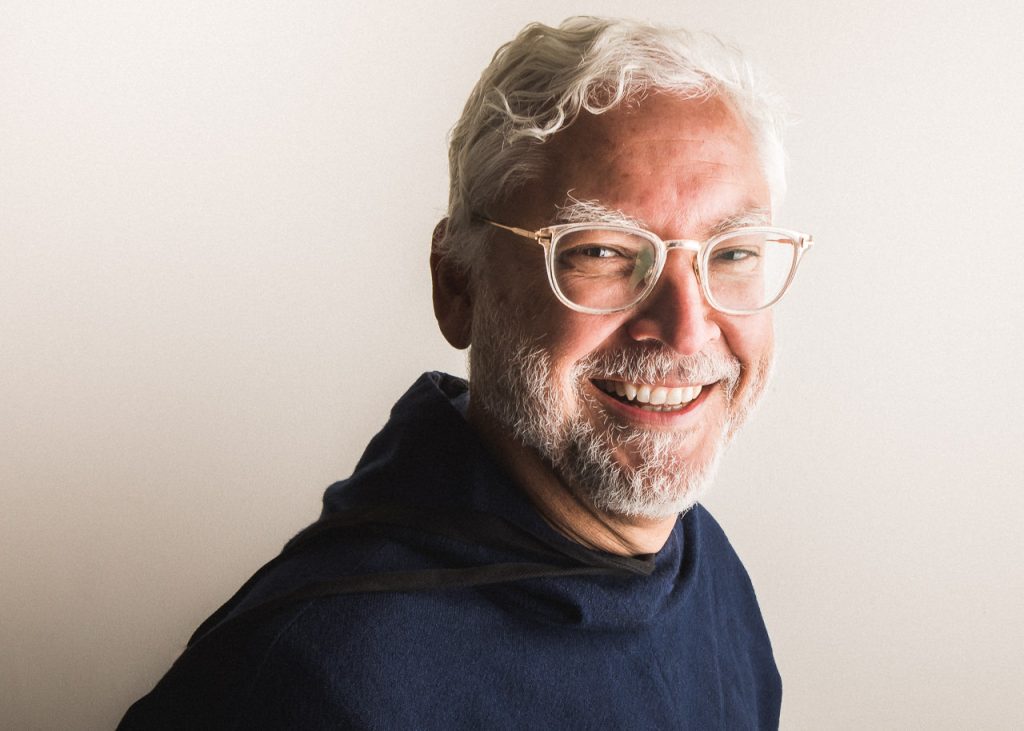 14
Angel Ysaguirre
Executive Director, Court Theatre
He’s been in his role since the fall of 2018, but given the pandemic interruption, it’s tempting to describe Court Theatre executive director Angel Ysaguirre as new. And compared to his co-leader, Players Hall-of-Famer Charles Newell, who’s been on the job since 1994, he is new. But Ysaguirre is a familiar presence in Chicago’s cultural scene, with a CV that includes a five-year tenure as executive director of Illinois Humanities and before that, a run as deputy commissioner of the city of Chicago’s Department of Cultural Affairs and Special Events, roles that prepared him well for navigating the intricacies of Court’s parent, the University of Chicago. “At Court,” Ysaguirre says, “in addition to the plays, I’ve really been focused on growing and deepening relationships on the South Side so that South Side artists, civic leaders and residents have more of a home at Court; building a more robust engagement framework for the theater, thinking more about our education initiatives, our public programs, and the ways in which all of our departments engage communities; developing a robust new play development program, one that includes more engagement with the community and with University of Chicago students and scholars; and, deepening relationships across the University of Chicago.” 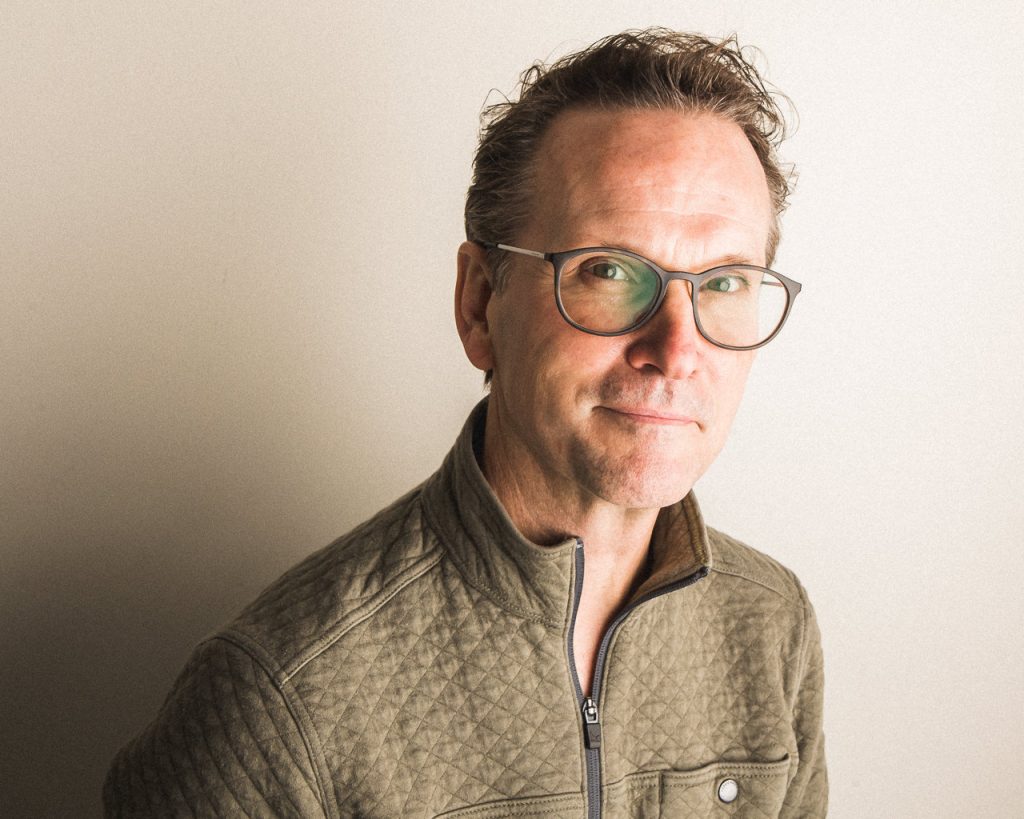 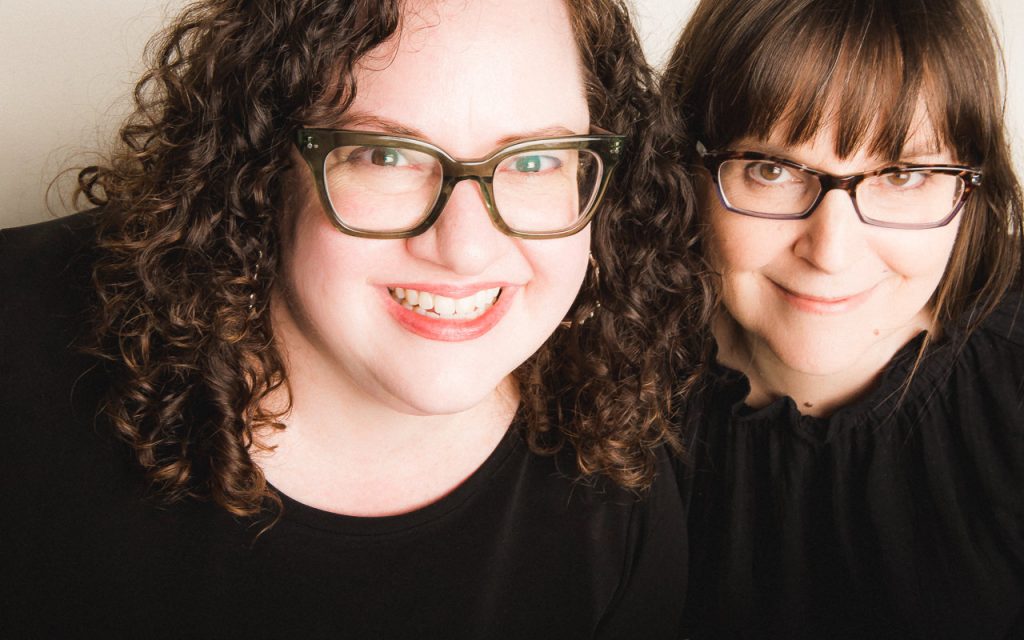 9
Rachel L. Fink and Heidi Stillman
Executive Director and Artistic Director, Lookingglass Theatre Company
The leadership of Lookingglass keeps a low profile, quietly doing their thing and staying outside of the tumultuous fray that befalls so many others. Credit that to stable leadership: Heidi Stillman and Rachel L. Fink have been a team for more than three years, with Stillman’s tenure with the company going back almost to its very beginning, joining the ensemble in 1989 and taking over as artistic director in 2016. Their resumption of the critically acclaimed “Her Honor Jane Byrne” just wrapped up a successful run. 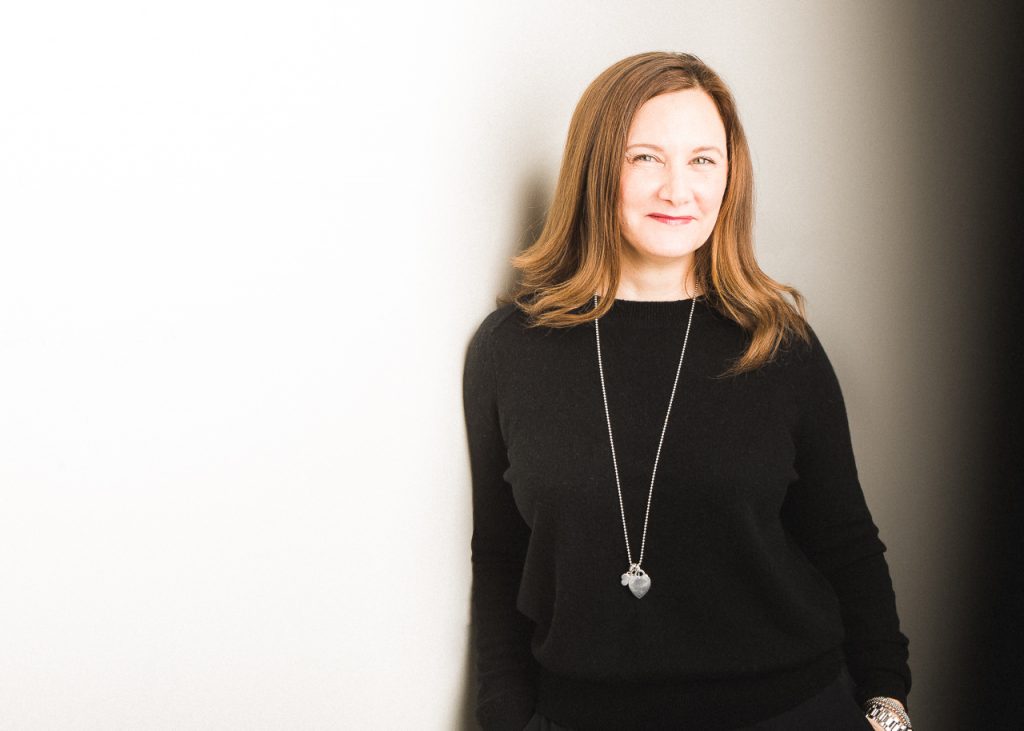 8
Kate Lipuma
Executive Director, Writers Theatre
Like many other Chicago-area theater companies, Writers Theatre is in a leadership transition. While the company searches for a new artistic director, executive director Kate Lipuma, who has held that role since 2007, is co-leading the theater in the meantime. Recently elected to the Arts Alliance Board, Lipuma’s leadership through this significant transition will be vital for Writers’ continued success. She will oversee Writers’ continued live productions following a season of online shows that included “One-Man Christmas Carol,” recipient of an Emmy nomination. 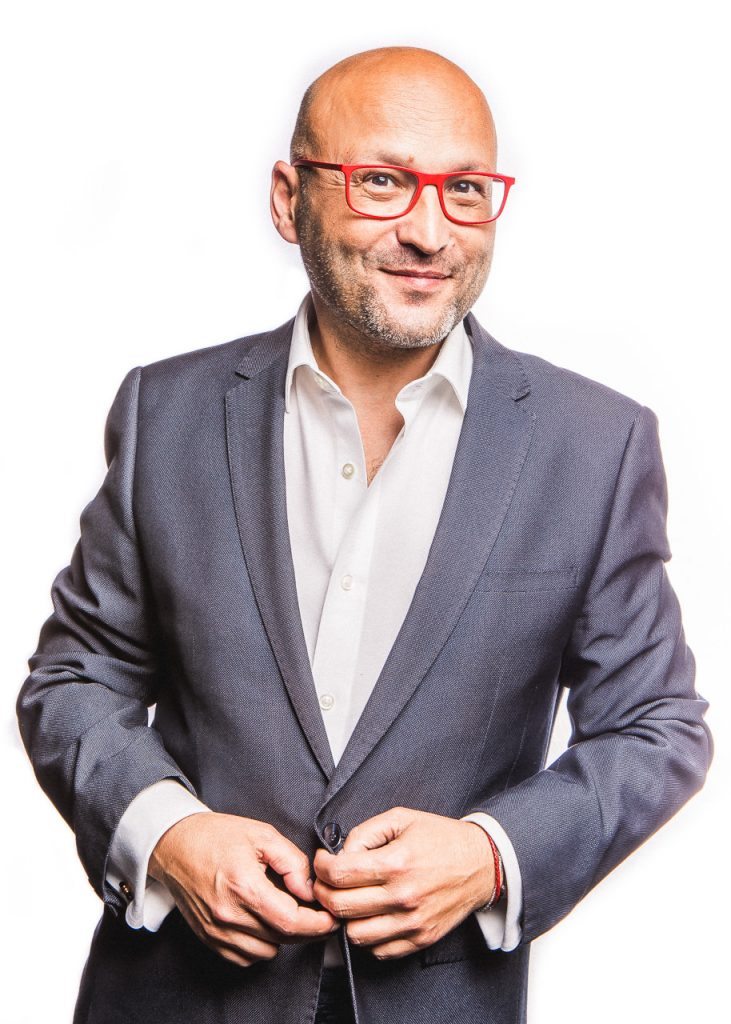 7
Enrique Mazzola
Music Director, Lyric Opera of Chicago
As retiring music director Sir Andrew Davis was passing the baton to Lyric Opera of Chicago’s Enrique Mazzola, the handoff was anything but effortless. Lyric’s grandiose scheduling went from yodeling goddesses on horseback flying overhead in the opera house to intimate video outings viewed from the home. Still, international conducting superstar Mazzola settled in, making Chicago his home base and newly committing to opera that is accessible to all. His special blend of musical exactitude combined with the fire of in-the-moment inspiration is already revitalizing the company’s oeuvre. Mazzola is wild for early Verdi, contemporary opera in English and creates his own social media presence. 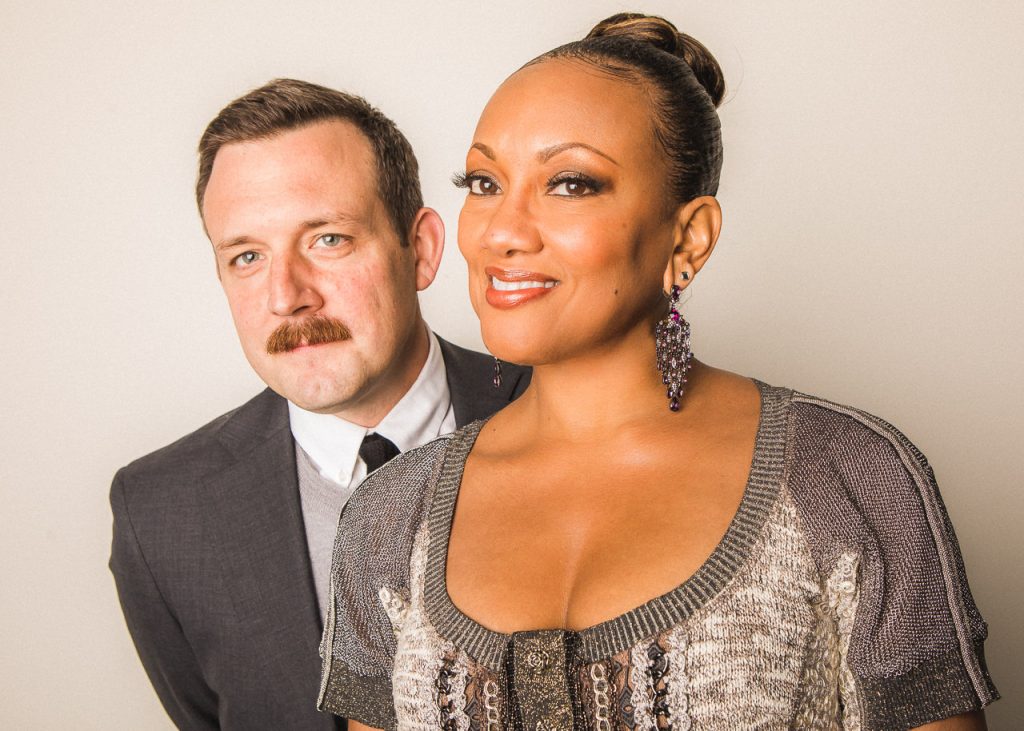 4
Linda-Denise Fisher-Harrell and David McDermott
Artistic Director and Executive Director, Hubbard Street Dance Chicago
Linda-Denise Fisher-Harrell’s inaugural season at the creative helm of Hubbard Street took place during a once-in-a-century pandemic. Yet, under her direction, the company—which weathered more than its share of storms before the global shutdown of live art—continued to produce top-shelf work, including a half-dozen strongly conceived and beautifully photographed dance films, and a triumphant return to the Harris Theater stage in the fall. One highlight was the Hubbard Street premiere of Aszure Barton’s thrill ride, “BUSK,” which anyone could mistakenly guess had been made for these dancers. The company, historically majority white, hired more dancers of color during a marathon all-virtual audition process last year, and the ensemble has never looked stronger. Along with executive director David McDermott, Fisher-Harrell is enthusiastically leading the company she once danced with into a forward-looking forty-fifth year. 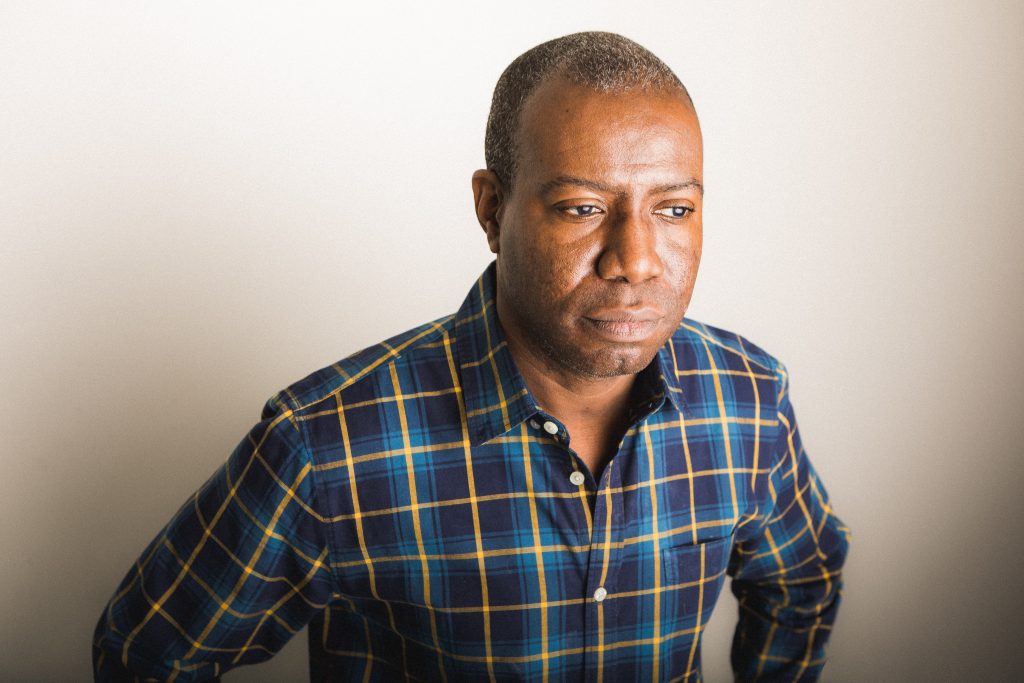 3
Jon Carr and Parisa Jalili
Executive Producer and Chief Operating Officer, Second City
The year 2020 brought the venerable Second City to the existential brink, with the pandemic shutting off its revenue overnight, and the racial reckoning after the murder of George Floyd sparking upheaval in its ranks, marked by the decision of longtime co-owner Andrew Alexander to sell the company. A year later, the company, now owned by ZMC, is not only a survivor but looks like a model for how to thrive, led by Jon Carr, the new executive producer brought in from Atlanta’s Dad’s Garage, and COO Parisa Jalili, a Chicago corporate veteran who had joined the company in a sales role just months before all hell broke loose. See Players of the Moment for a Q&A with Carr and Jalili.

2
Glenn Davis, Audrey Francis and Brooke Flanagan
Co-Artistic Directors and Executive Director, Steppenwolf Theatre
An early morning on an early November day, and the brand-new 400-seat theater-in-the-round is full and buzzing with excitement over its public debut. And while there are plenty of actors in the room, most are offstage, as this is a gathering to christen the new “Ensemble Theater in Honor of Helen Zell,” and the new building that holds it as “the Liz and Eric Lefkofsky Arts and Education Center.” So today the governor and the mayor are here to sing praise, but the real stars are the new co-artistic directors, Glenn Davis and Audrey Francis, and especially the new executive director, Brooke Flanagan who is serving as master of ceremonies. Flanagan started her role in the middle of 2020, in the middle of the pandemic as well as in the middle of the theater’s construction and the huge capital campaign to complete it. And just to make things more interesting, Anna Shapiro soon announced she would be stepping down as artistic director. Flanagan, who’d been managing director at Chicago Shakespeare (and earlier had worked at Steppenwolf), was up to the challenge, and that November morning’s dedication, packed with celebrated actors, playwrights and directors, with donors and dignitaries, was the evidence. And the artistic director transition, which broke new ground for the company in both its appointment of a person of color and in turning it into a two-person role, was just as smooth. Davis and Francis are relatively young and relatively new to Steppenwolf’s ensemble, but both have quickly made their mark on and off its stages. And with the new building adding two new watering holes to the Steppenwolf campus, the trio will have plenty of opportunity to raise a toast to the company’s graceful path through a most extraordinary era. That is, if they can find time, now that they have three stages and a brand new education center to look after. 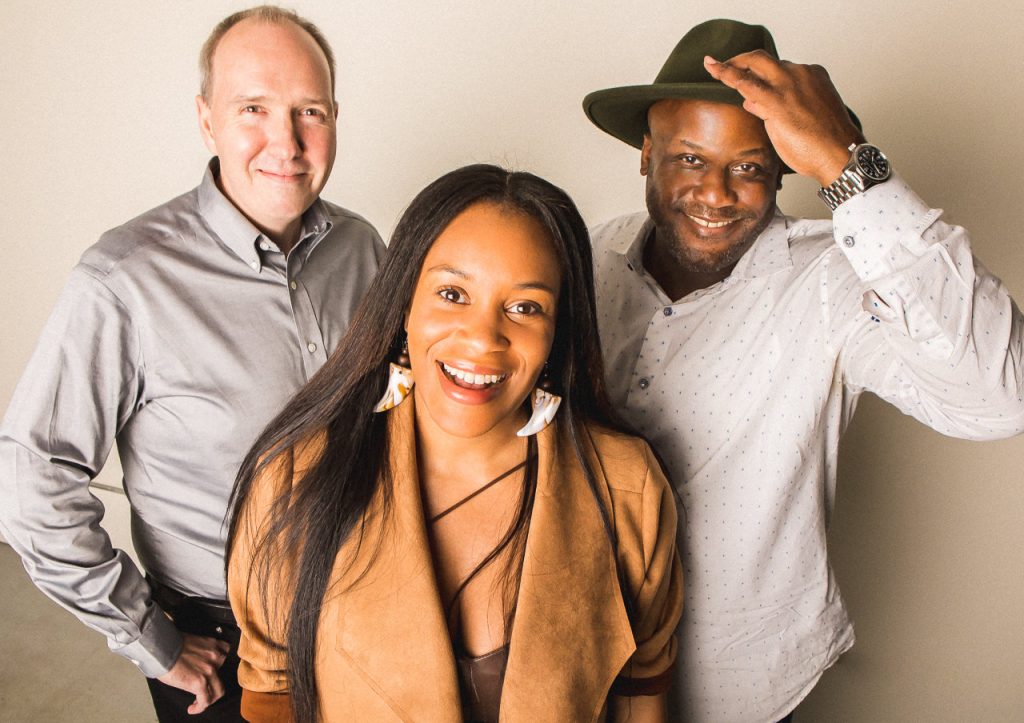 1
John Collins, Lewis Warrick and Marissa Ford
Managing Director, Director of Finance & Administration and Associate Managing Director/IDEAA Director, Goodman Theatre
The news that Robert Falls, Goodman Theatre’s artistic director for the last thirty-five years, will step down in the summer of 2022 brought renewed attention to the long-term stability of the leadership of Chicago’s largest theater. Falls’ counterpart, Roche Schulfer, has been with the organization since 1973 and led it as executive director since 1980. While Schulfer has not signaled anything about his own eventual retirement, interest is heightened in the generation of leadership a rung below Schulfer. The troika of John Collins, Lewis Warrick and Marissa Ford has, in the words of Goodman’s longtime publicist Denise Schneider, “been tireless in helping us stay connected and emerge stronger during these unusual times.” Collins has spent most of his career at the Goodman, more than fourteen years, and also chairs the board of the League of Chicago Theatres. Warrick, who took over Goodman’s finances just over two years ago after a long stint at the Center on Halsted, was just named one of Chicago’s “Notable LGBTQ Executives” by Crain’s, which singled him out for helping the theater avoid layoffs during the pandemic through cash management, government loans and grants and securing a line of credit. Ford, like Collins, is following in the longevity path of her predecessors, with more than eight years at the Goodman and, like Collins and Schulfer, nearly her entire professional career; she recently oversaw the theater’s IDEAA work. What’s the secret to such singular organizational longevity? Collins attributes it to Schulfer’s hands-off management style, saying he believes in hiring the best people and letting them do their jobs.

The Hall of Fame (Institutions)
*= new this year