Here are the Players from Chicago’s producers and places. 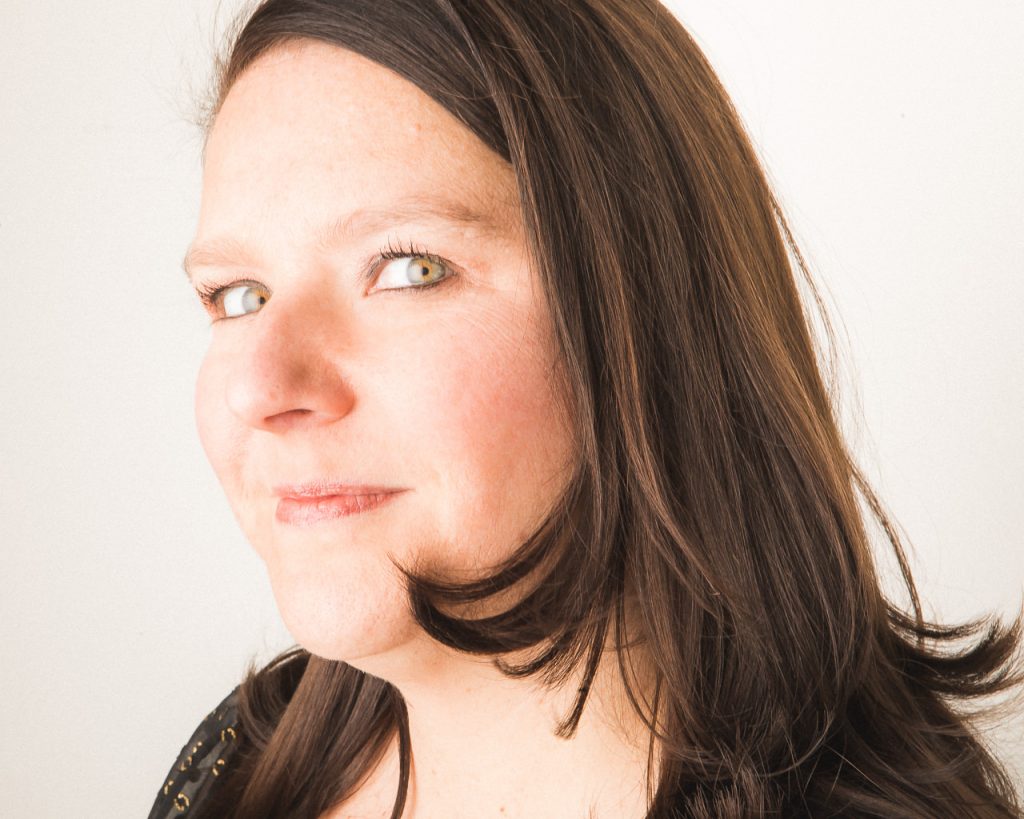 50
Dawn Kusinski
General Manager, Right Angle Entertainment
As robust as the theater scene in Chicago is, it’s driven by nonprofit organizations and still boasts few commercial productions outside of downtown’s Broadway in Chicago and long-running shows like “Blue Man Group” and “Late Night Catechism.” That makes it worth noting the decision by Los Angeles-based touring company Right Angle Entertainment to set up shop in Chicago’s Apollo Theater for six months and maybe more as its first residency. Dawn Kusinski is a fifteen-year Broadway veteran who came to town six years ago to join Second City—she’d previously spent time in Chicago working on the long-running “Million Dollar Quartet” and “just sort of loved it.” Her role in charge of the operation helped get it started here—she’s good friends with Right Angle’s VP of production and used to work with the owner of the company. Parodies of pop culture are the company’s forté, and after the critically acclaimed “Love Actually? The Unauthorized Musical Parody” closes, they’ll mount takes on “The Bachelor” and “Friends.” And though they’re out-of-town producers with minimal Chicago experience, Kusinski is keeping it local. “We have an all-Chicago cast on that show [‘Love, Actually?’], and then an all-Chicago creative team on the next one for ‘Bachelor’,” she says. “So they’re really reinvesting in the city, which is really nice.” 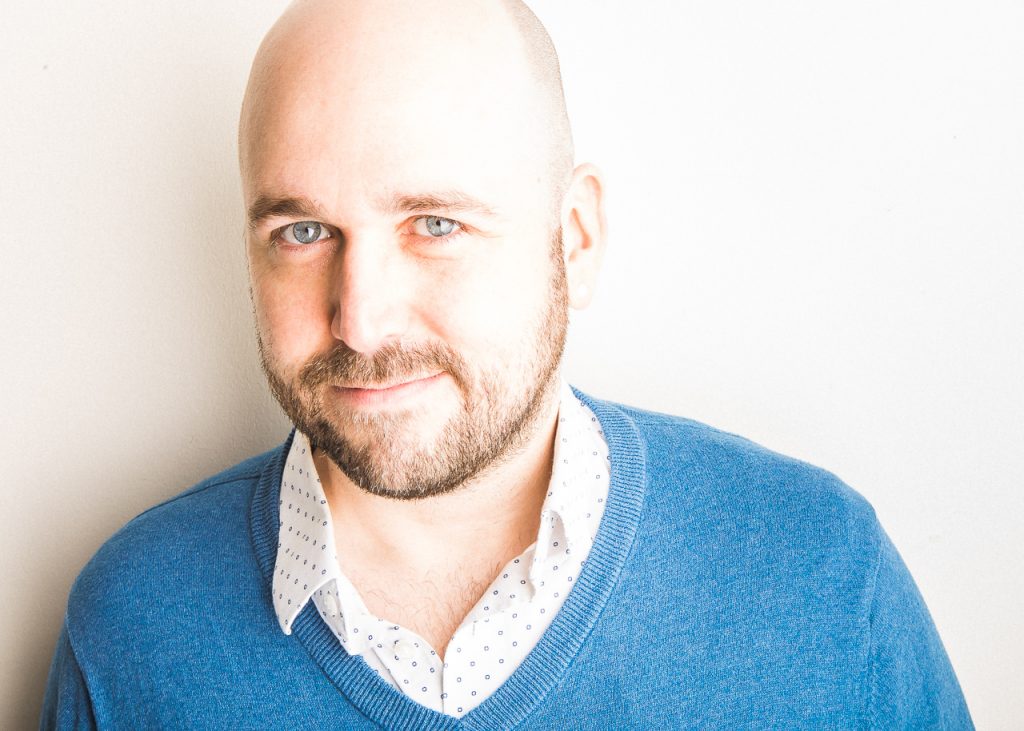 48
Jacob Harvey
Managing Artistic Director, Fine Arts Building
Jacob Harvey, the managing artistic director at the Fine Arts Building, is managing a dramatic reinvestment in Chicago’s downtown theater scene by helping oversee Berger Realty Group’s $3 million-plus renovation of the historic Studebaker Theater and Playhouse Theater. With both theater spaces considered mid-size venues, Harvey hopes they serve “as a cultural hub that reimagines the relationship between the downtown arts and culture sector and the local arts community at large.” Such an addition could allow local artists an opportunity to showcase their talents to a much larger Chicago audience. 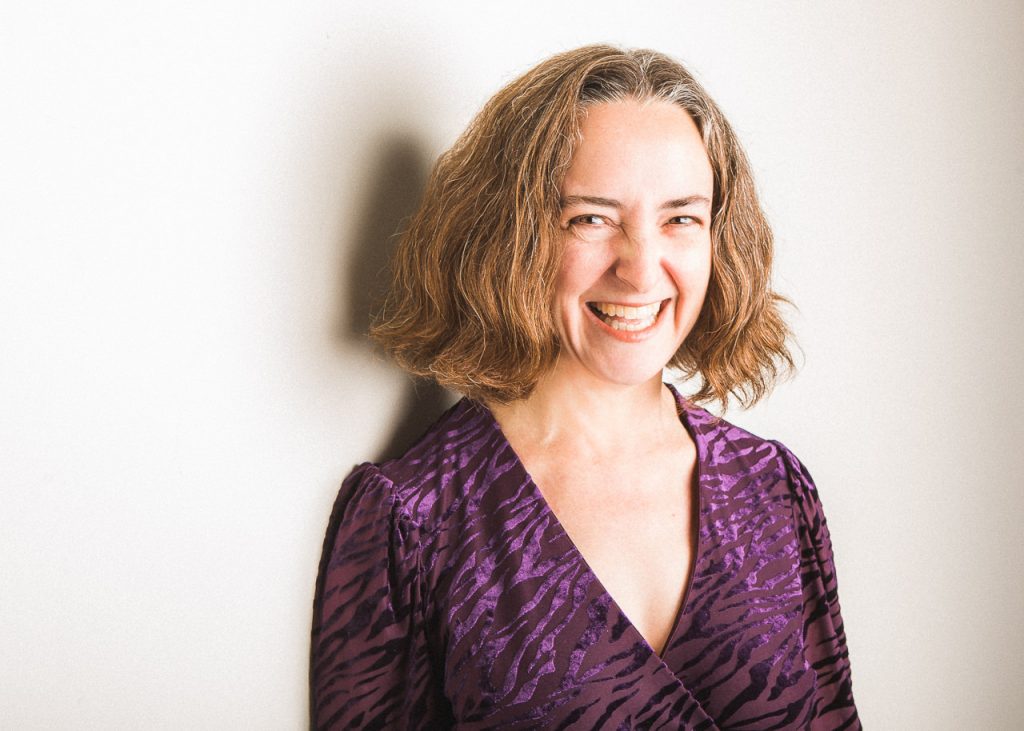 44
Julieanne Ehre
Director, Pivot Arts
Maybe it was predestined in the name, but the multidisciplinary and experimental performance incubator-presenter founded and almost single-handedly managed by Julieanne Ehre, was among the first to take a sharp, decisive turn when COVID struck. Living up to the mission of paying artists to make cutting-edge work, Pivot commissioned video work in lieu of live performances. They launched a podcast, adeptly hosted by Ehre and, when the time looked right, made one of the first careful, logistically retooled returns to the stage with the Pivot Arts Festival last June. Under Ehre’s loving direction, Pivot continues to nurture daring and boundary-breaking performance art. 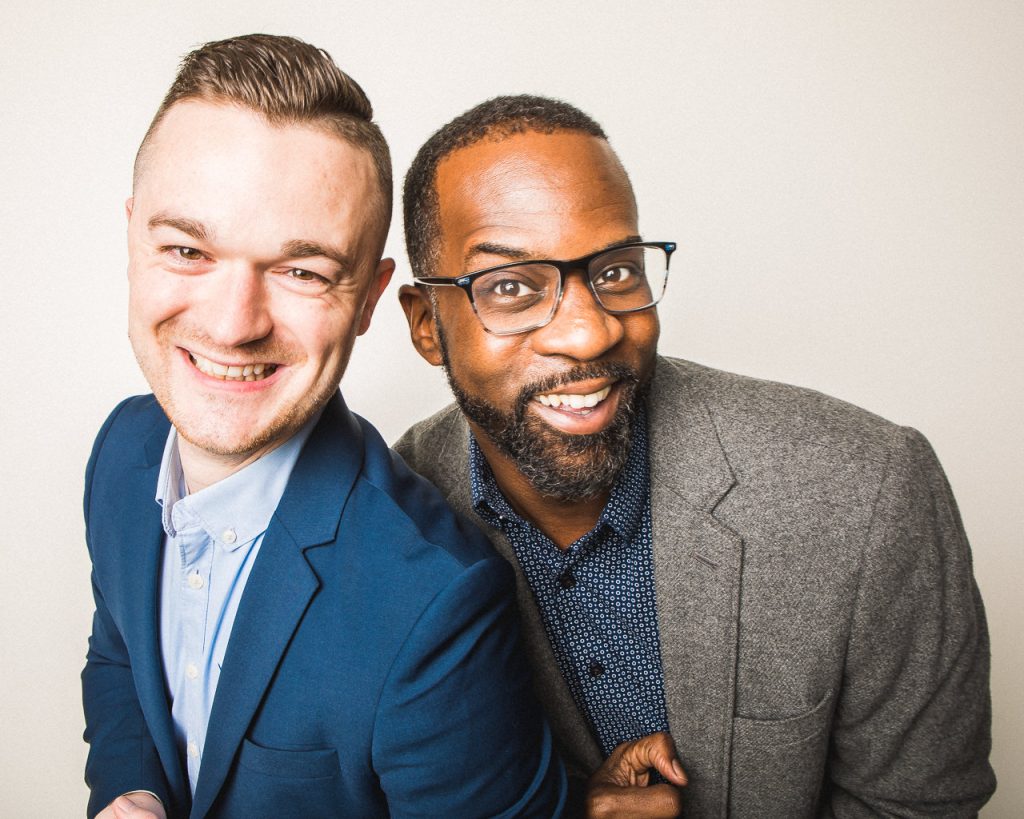 34
Christopher Chase Carter and Shane Murray Corcoran
Artistic Director and Managing Director, Mercury Theater
In July of 2020, the Mercury Theater on Southport announced itself as a casualty of the pandemic that would close permanently. Which made the announcement, less than a year later, that it would reopen, one of the happier cultural rebirths. Longtime leaders and owners Walter Stearns and Eugene Dizon kept the flame alive and led the return. But they have now taken a step back into executive producer roles and handed the reins to new leadership: artistic director Christopher Chase Carter and managing director Shane Murray Corcoran, the latter of whom has worked in a number of roles at the Mercury, including in audience services and marketing. Their first production was the critically acclaimed and still-running “Sister Act”; Carter, with an extensive dance background, choreographed the show. The duo brings great enthusiasm to the Mercury renaissance. “We wanted to do a joyful first season,” Carter says. Meanwhile, they’ve tapped the legendary Honey West to lead the Venus Cabaret space, where she’s launched a freewheeling programming series, “The Dark Night.” (Carter cites Broadway’s 54 Below cabaret as inspiration.) As for the mainstage, the onetime nickelodeon is returning to form, following “Sister Act” with Daryl D. Brooks’ “Women of Soul” and a sure-to-be-epic “Priscilla, Queen of the Desert,” directed and choreographed by Carter, with musical direction by Dizon and featuring West in the leading role of “Bernadette.” Expect “I Will Survive” to bring down the house (and lift it right back up). 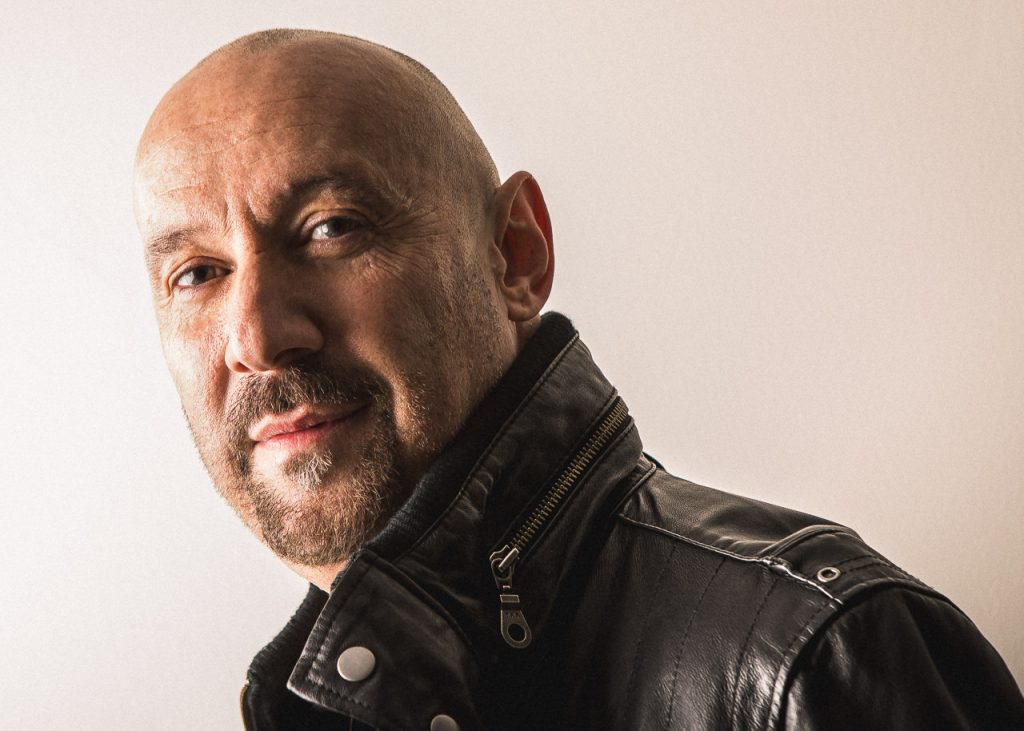 29
Silvino da Silva
Executive Director, The Ruth Page Center for the Arts
The dance training and performance center founded by its legendary namesake turned fifty last year, under the capable direction of Silvino da Silva, who stepped up from his longstanding position in marketing and communications into an executive director role in November 2020—arguably the worst time to oversee strategic planning for a live arts organization in a hundred years. Yet da Silva kept the Ruth Page Center moving forward, overseeing the creation of the Keystone Dance Academy at Wentworth Elementary in Englewood and the Lauren Anderson Scholarship—named after the first African American principal dancer at Houston Ballet—for young Black dancers pursuing a career in classical dance. 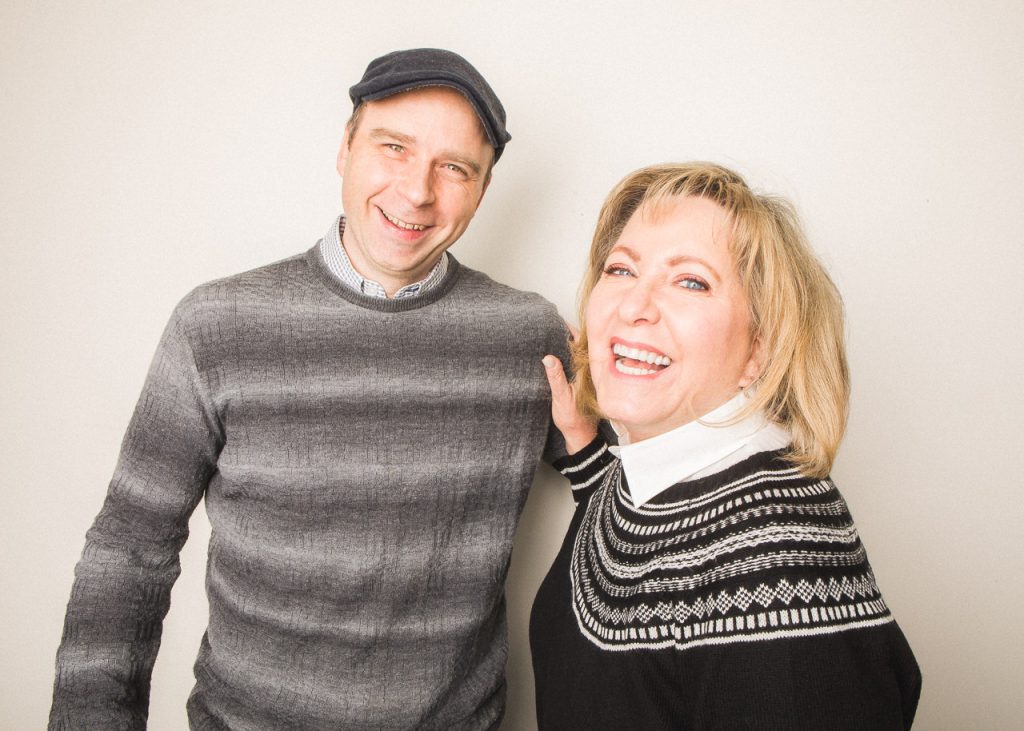 15
Ryan Martin and Carol Cohen
CEO/Founder and Co-Owner, The Den
Den owners and business partners Ryan Martin and Carol Cohen have had a huge impact on the Chicago comedy scene since launching stand-up shows at the Den Theater in 2017. Its 300-seat mainstage has hosted stars like Maria Bamford, Janeane Garofalo and Patton Oswalt, and its sixty-five-seat space is now the home of longtime improv favorites ComedySportz. “We’d done theater for years, and thought comedy would be a fun, easy business model to try,” says Martin. “We already knew how to make a great-looking space and all you really need beyond that is a mic and you can do two shows a night easily, so it all really took off. Laughter is really necessary right now.” 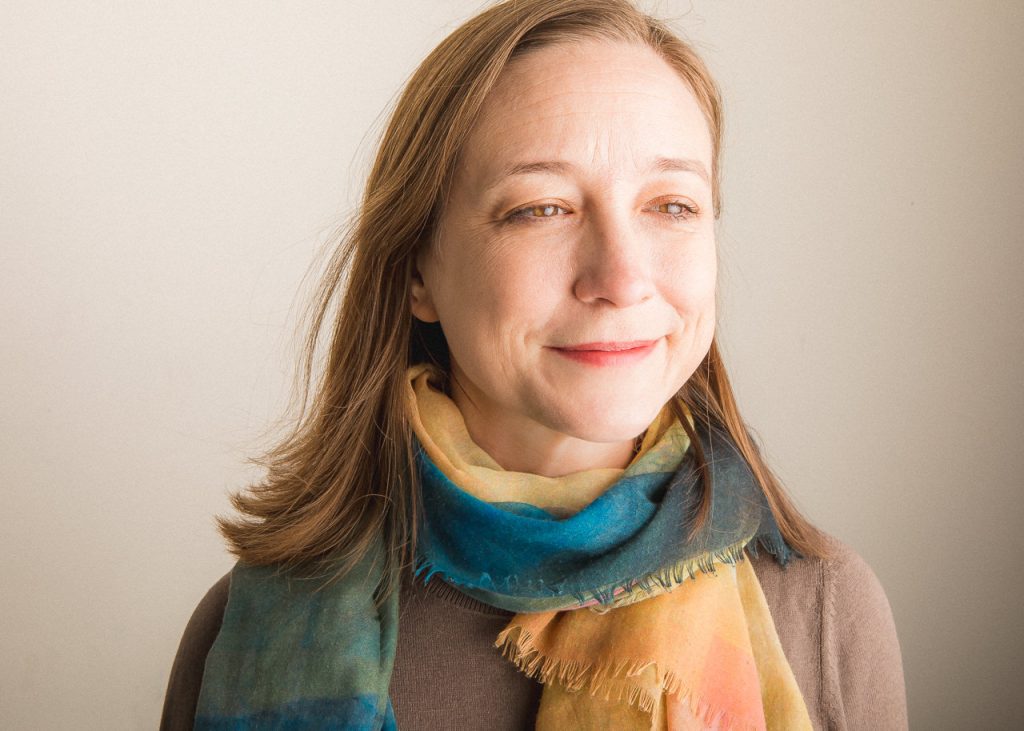 10
Ellen Chenoweth
Series Director and Curator, Dance Center of Columbia College
As keepers of Chicago’s best intimate dance venue, Chenoweth and her colleagues at the Dance Center decided a pandemic shutdown of live arts called for celebrating the abundance of talent in our city. The result was a batch of virtual commissions and residencies for Chicago-based artists. The Dance Center returned to the black box last fall with premieres by The Seldoms and New York-based A.I.M. by Kyle Abraham and continues this spring with Chenoweth’s gratifying mix of performances by cutting-edge visiting and local artists. 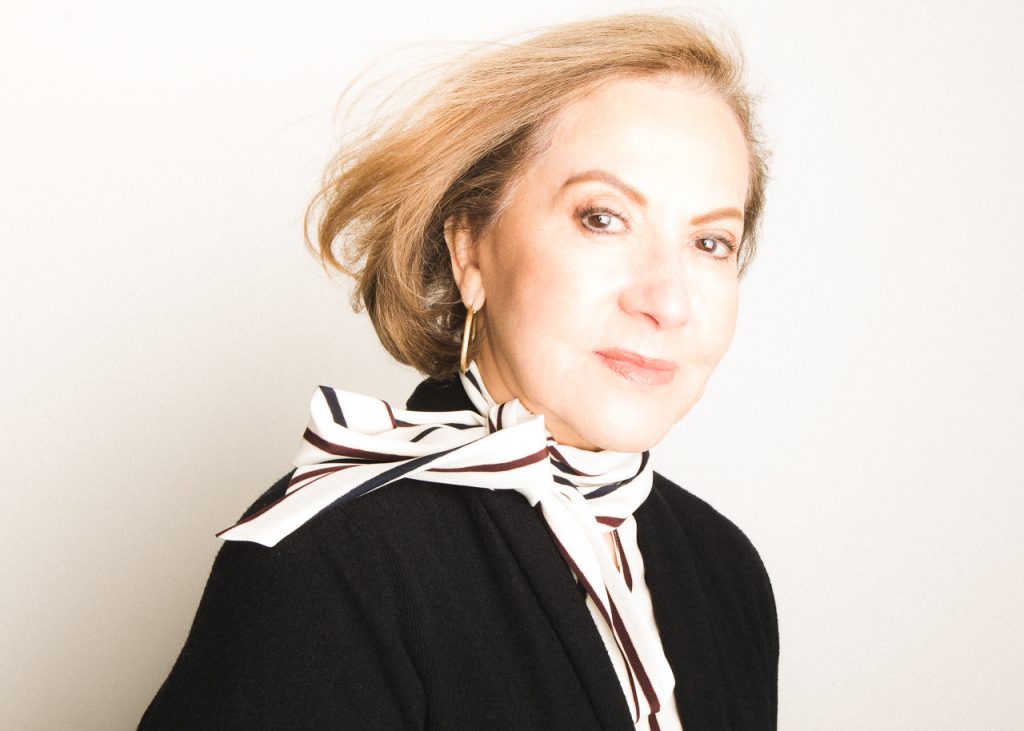 6
Myrna Salazar
Co-Founder and Executive Director, Chicago Latino Theater Alliance (CLATA)
While individual theater companies cautiously returned to stages this past fall, Chicago Latino Theater Alliance’s signature program, Destinos, the Chicago International Latino Theater Festival, roared back for its fourth edition with ten productions, including five world premieres and three international shows at a variety of venues over three weeks. No one who knows Myrna Salazar would be surprised at this rapid return to form. Free Street Theater’s Coya Paz describes Salazar as “the godmother of Latino theater in Chicago” adding that “her work with CLATA is innovative, diverse and expansive. And if you have ever sat at a table with her… whooooo, you know she advocates for equity in the arts like no one else.” Should we expect a long break after so much activity at once? Not so much. CLATA is producing the North American premiere of Sergio Blanco’s “Tebas Land” in February at the Chopin Theatre. 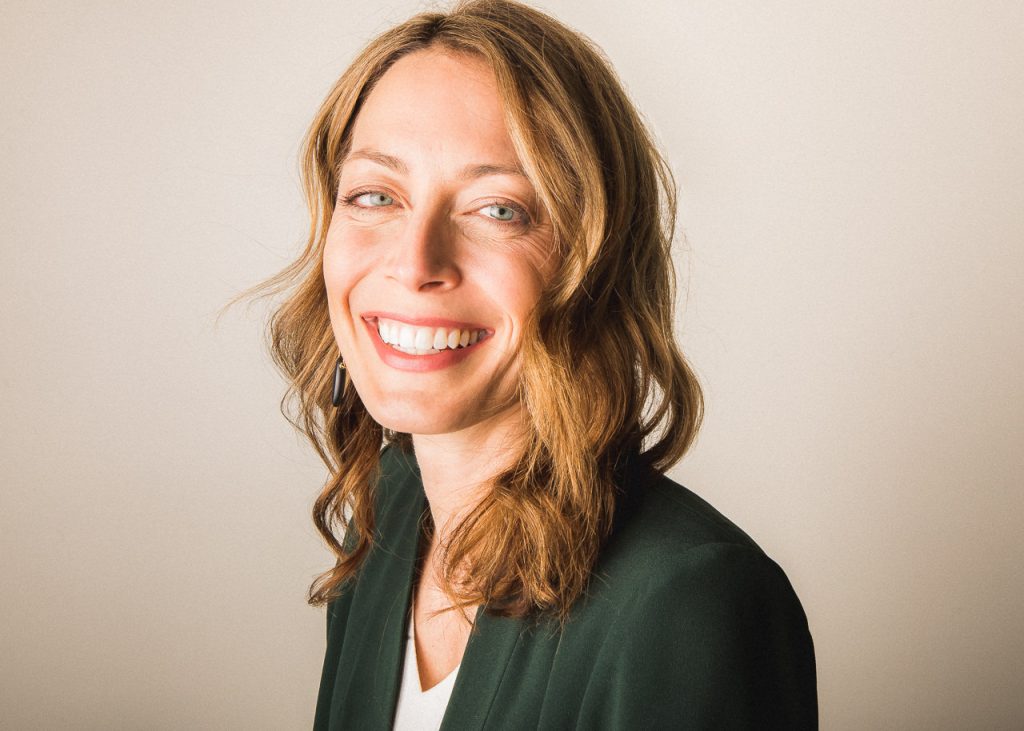 5
Lori Dimun
President and CEO, Harris Theater
Lori Dimun had very big, beloved shoes to fill when she was appointed to lead the Harris Theater following the tragic passing of Patricia Barretto in March of 2020. Though the stage of the 1,500-seat theater was dark for the first year of Dimun’s tenure, she piloted a free virtual platform for streamed conversations, music and dance—notably co-presenting the excellent films.dance series, a global collaborative project created and facilitated by Santa Monica-based Jacob Jonas The Company. Under Dimun’s direction, the Harris reopened last fall with a strong lineup of local and international artists, including the return (show title: “Re/Turn”) of Hubbard Street Dance and a performance by Ragamala Dance Company dedicated to Barretto. Next month the Harris welcomes back English National Ballet, making an exclusive North American premiere of a new work by Akram Khan, whose stunningly reimagined “Giselle” rocked Chicago dance audiences in 2019.

The Hall of Fame (Producers and Places)
*= new this year