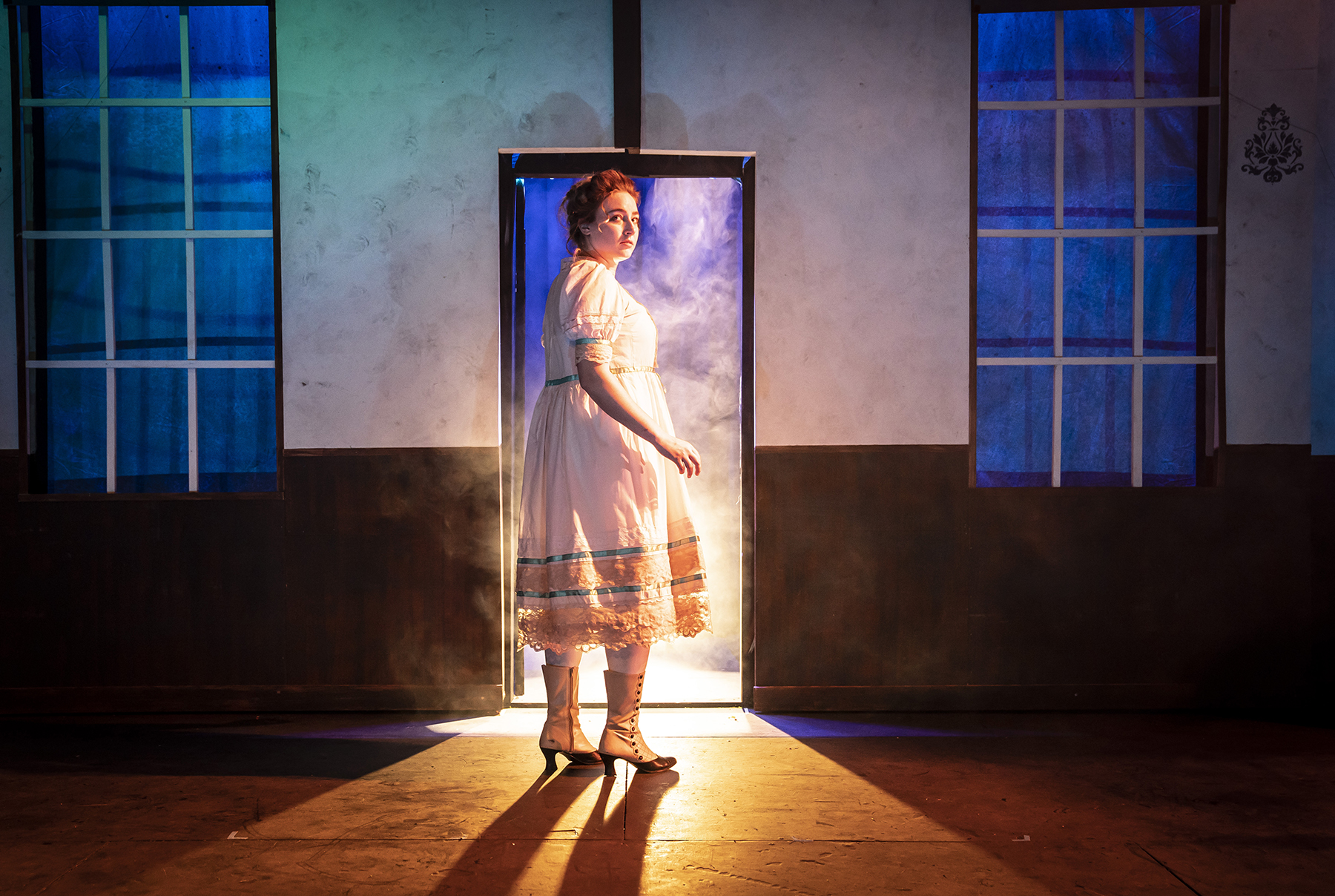 Chicago’s theatrical purveyors of the supernatural and the arcane set to music, Black Button Eyes Productions, has done what so many theater companies in Chicago have not so far this year: to successfully open their scheduled production. At “Mary Rose,” vaccination records were checked against identification at the door and the audience was socially distanced from one another. The small cast of seven didn’t hurt the show’s chances of keeping enough artists healthy and in the show. Producing artistic director Ed Rutherford created the book from J.M. Barrie’s play, contributed lyrics and directed, and composer Jeff Bouthiette contributed both words and music.

This is a show that needs to be seen, and the creators provide helpful commentary, but there is more than a kernel of something fantastic here. This is the sort of thing that storefront theater in Chicago can create out of spit-and-a-snit, and the terrific material here has the makings of a musical that moves an audience from every quarter to fall in love with it, it is so like the Marsha Norman-Lucy Simon, “The Secret Garden.” In fact, Bouthiette’s music, while never directly borrowing, bows to that particular show. But then, perhaps magical children come dressed in their own keys and chords, and there is simply no avoiding it. But there isn’t enough of the delightful music. The lack of a clear title song leaves one wanting. While the parlor-style songs are just right for the period, they start and stop abruptly, and while this isn’t wrong for the parlor, it is less than ideal for the musical stage; but this can be readily addressed. More complicated is the need for more up-tempo music. Yes, we are to revel in the ballad stylings of this period, everyone with a piano in the house and children given lessons with no regard to talent or interest, but once again, that is insufficient for the musical. Rutherford and Bouthiette prove themselves more than capable to manage the sprightly number, but there is too little of it. Meanwhile, the lyrics were delightful throughout, which is promising.

The thing which must be attacked with vigor is the book, and some of the chatter about that can be placed at the feet of Barrie. Even though it was wildly popular in its day, every play can’t be “Peter Pan,” after all. What is wanting here is a subplot, and one is sitting in the middle of the stage, awaiting attention. In the slender tale, our Mary Rose disappears twice, while sketching on an island as a child, and again as an adult. We never learn where she goes, or what happens to her, only that when she returns, the world has gone on without her while she has not aged. (Thank you, Peter.) Particularly since this happens twice, it would be jolly to know just what happens to her during her absences, either specifically or ethereally, and it would also give the writers an opportunity to vary the style of the music, which could add interest to the piece.

As the Mary of the title, Stephanie Stockstill does a lovely job of being human and haunted by degrees and switching with lightning speed, and the loveliest thing is that she gives no sign of acting, she simply, “is,” and while the realistic Chicago-style of acting may not match the early twentieth-century story on display, the contrast is compelling. Mary must be that if the story is to snare us. Rosalind Hurwitz adds a sumptuous opera voice as the housekeeper and is quite funny as well. Understudy Quinn Corrigan was on as Mary’s father for the press opening, and one would never have known he hadn’t been rehearsing night and day, so solid were both his acting and his singing. But it is Kevin Webb as the Chaplain who walks away with the show, and a good thing, too, because he is the most realistic character in the piece, and most definitely the audience’s way into the parlor. Webb continues to grow in his art as an actor, and his warm tenor voice is taking on greater color and emotional range over time. Webb’s performance alone is enough reason to see the show.

Now we must hope that the writers do the right thing, play out the run, take copious notes, talk to absolutely everyone who has the slightest right to an opinion and everyone’s mother who sees the show, and then race back to the drawing board. This is far too important a chance to lose. (Aaron Hunt)