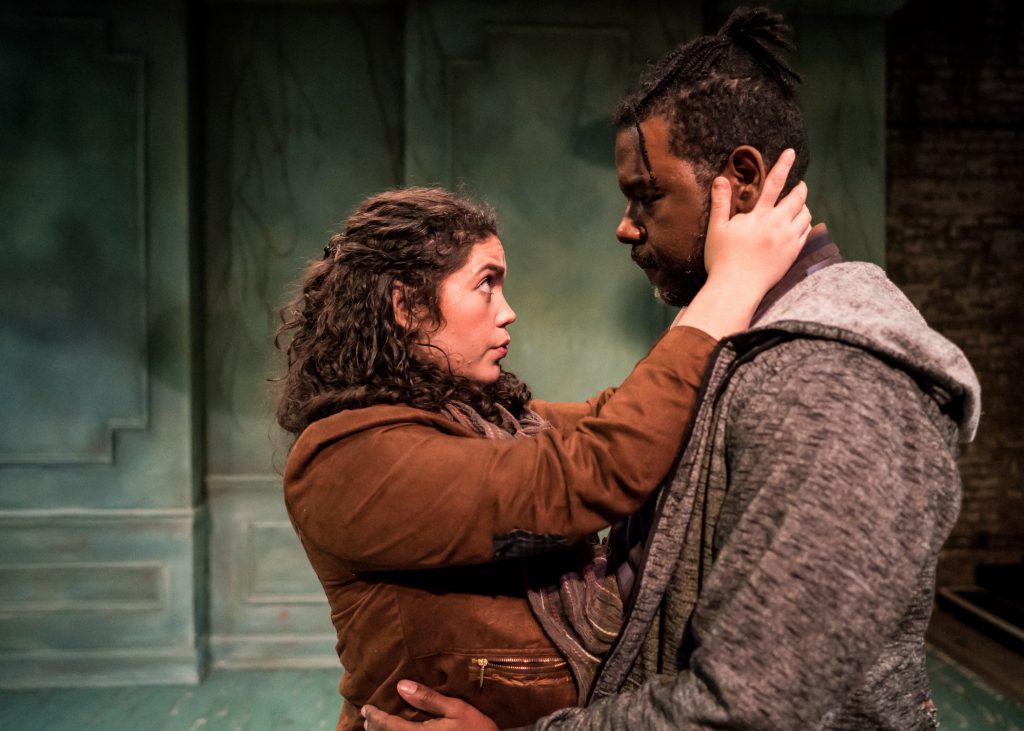 A big shoutout to Compass Theatre for refusing to become yet another COVID theater casualty, originally scheduled to open a week earlier. The brave folks at Compass persevered in order to put on one incredibly dystopian piece of political theater. “Dystopian,” honestly, does not do the piece justice. “Wellesley Girl” is so dark it could have been penned by Dr. Strangelove himself. My notes, though,  tell me it was written by Brendan Pelsue and directed by James Fleming.

“Wellesley Girl” is set in a future America that has been reduced to a few small New England villages encircled by a giant wall. The greatly depreciated United States is in fact so small that each citizen is pressed into service as a congressman with the exception of one woman serving as the Supreme Court. Meanwhile, a menacing army has camped outside the walls forcing Congress to make some very difficult decisions.

The citizens of this future America can definitely be viewed as stand-ins for current political archetypes. There is the always interrupting and very angry white male (played convincingly by Todd Wojcik) as well as the passionate and increasingly desperate woman who cannot sit idly by while her home is threatened. Allyce Carryn Torres does a stellar job fleshing out that character and even manages the neat trick of incorporating a surgical mask into her performance (she was the only person on stage wearing one the night of this review). Also featured is the politically attuned leader willing to suppress truth in pursuit of hope and a congressman-husband so paralyzed by fear he is unable to choose between two bleak national choices. There is even a robot husband in the mix (Ted James) who periodically offers a muted voice of reason. Stealing the show, however, is Deanna Reed-Foster’s depiction of a reluctant judge who holds the law above everything else. Her moving plea for a world ruled by law and not emotion was the highlight of the night. In her words, America can survive anything, even a landless and nomadic existence, so long as the law remains.

Things quickly go from bad to worse. The story morphs from political satire to an incredibly bleak and unsettling future vision. Such a stark transition requires near-flawless execution. But the working material here is too clunky to make that possible. There are just too many unrealized love interests, things left unsaid and other humanistic but unconvincing elements weighing down the production. At the same time, however, “Wellesley Girl” offers an incredibly spot-on commentary of our political system’s dysfunction. Theatergoers will have a hard time finding a more topical play and that is saying a lot during these times.