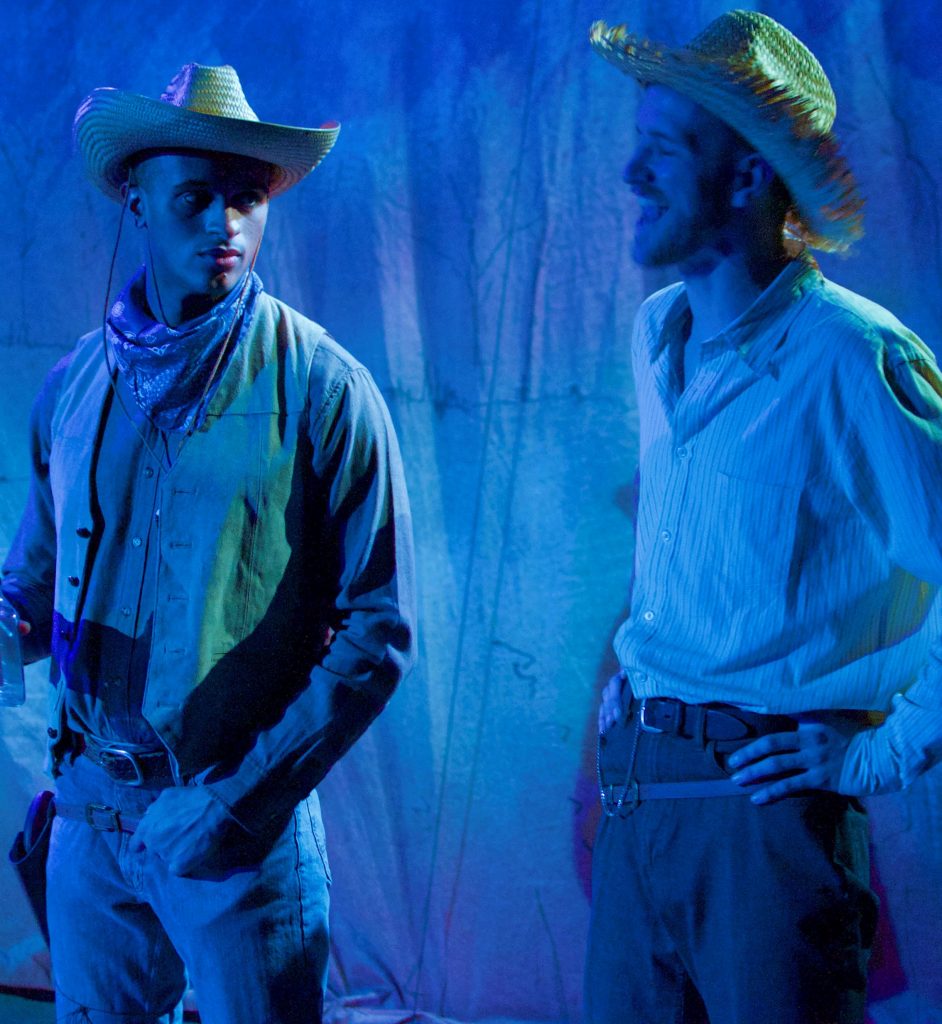 “The Virginian: A Horseman of the Plains” by Owen Wister is considered by many to be the first Western novel. Published in 1902, the book introduced to a wide audience what it means to be a cowboy (free-spirited but with a sense of duty; and, it goes without saying, white). It even featured the first literary Western showdown with the heroic Virginian (he has a name, but most folks call him by where he was born) gunning down his cowardly rival in a duel. Besides remaining in print for well over a century, Wister’s novel has been made into seven films (the most recent in 2014), as well as a television series that ran from 1962 to 1971. This production, adapted for the stage by L.C. Bernadine and Spencer Huffman and directed by City Lit artistic director Terry McCabe, as a whole appears to be a faithful adaptation of the source material. One key element to note is City Lit’s color-blind casting, which produces a more accurately diverse pre-statehood Wyoming than shown in a classic Western. It also effectively reinforces that nation-building was not done exclusively by white men.

The play also accurately showcases how common it was for men, even strangers, to share hotel beds (a detail I suspect that will never be included in an official Texas school history book). Life in the Wyoming Territory otherwise is depicted pretty much how one would expect it would be in early twentieth-century literature. The Virginian (a well-cast Robert Hunter Bry) has a code of honor befitting a knight. He is also a strong defender of capitalism, as witnessed by his angry response to a co-worker’s insistence that the cattle more rightfully belong to the cattle hands than the owner. It goes without saying that the new “schoolmarm” (Liz Falstreau) will eventually be smitten by his charms. There is, of course, also a villain (Ben Auxier at his most sinister) along with loyal, and less loyal, sidekicks who all seem destined to lay the framework for an eventually more civilized society. 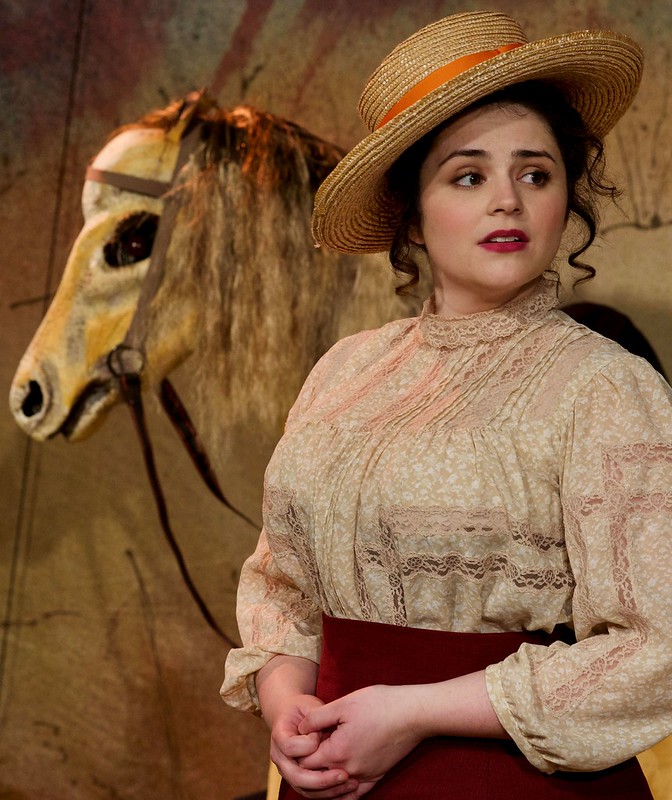 Accompanying the story for almost its entirety is the wonderful work of cellist and composer Kelsee Vandervall whose delicate playing perfectly replicates the feel of a classic Western. Credit also goes to Ray Toler’s understated but beautiful scenic design. I am, however, less certain about the herd of puppet horses created by The Puppet Company. While impressive in size (they are three-quarters the size of actual horses), they appear almost skeletal on stage, in large part because of their hollowed-out eyes.

City Lit, which has been adapting classic literature for the stage for more than forty seasons, clearly knows what it are doing—this production is a wonderful treat for those in love with Western literature.