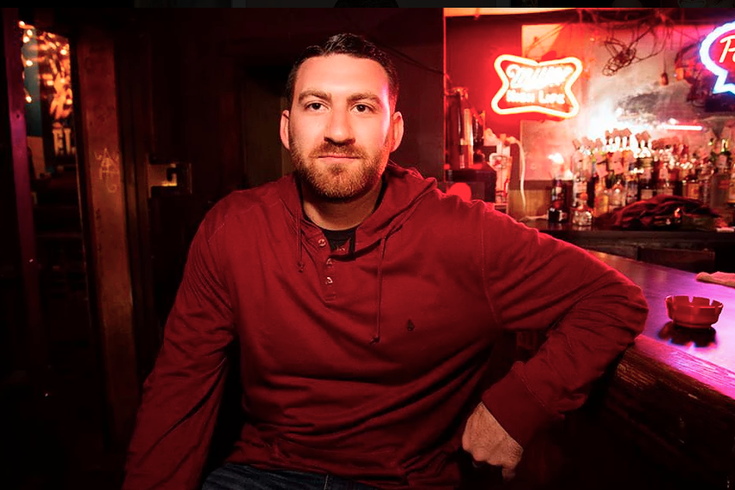 Noah Gardenswartz spent his high school years exhausted on a daily basis. That’s because the thirty-eight-year-old Denver native stayed up until 1am every night watching the then-new “Late Night with Conan O’Brien” show on a TV-radio combo player with a six-inch screen.

But all those nights of devoted viewing paid off in 2016, when he first appeared on O’Brien’s TBS talk show “Conan” as a stand-up. That career choice brings him to the stage of Zanies’ Chicago location January 26-27. for two shows in which he’ll find the funny in a life filled with colorful experiences.

“When I finally got to appear on ‘Conan’ roughly fifteen years later, it was really special,” recalls Gardenswartz, who is married to fellow stand-up Ester Steinberg. “Part of me imagined the teenage version of me staying up to watch myself. But honestly, it was so meaningful to me, that I didn’t even really get to enjoy it. I was too nervous and focused on my set to really take it all in.

“So I promised myself if I ever got to do ‘Conan’ again, I’d just relax and have a great time,” he adds. “And a year later, I appeared on ‘Conan’ for the second time and I had a blast. It was much more fun, and I liked the jokes in the second set, too. I don’t know what teenage Noah would’ve thought of either set, but I know he would’ve approved of the Jordans I was wearing both times.”

Gardenswartz first performed comedy at an open mic during his senior year at Emory University in Atlanta. Prior to being a full-time stand-up, Gardenswartz worked as a journalist, hedge-fund day trader, elementary school teacher and even grew weed, although he notes, “obviously not all at once.”

“I taught fourth grade, and I had a rather unruly bunch of students,” says Gardenswartz, whose favorite comics are Chris Rock and the late Mitch Hedberg. “Compound that with the fact that I was a first-year teacher, and I didn’t always have great control of the classroom. Some days they just straight up did not listen to me.

“But one day there was a parents-versus-faculty game in the school gym that the students came to watch. I’m a lifelong basketball player, and not only did I dominate the parent-faculty game, but I even had a dunk in the game, and the next day my students were perfectly respectful and behaved. They were going around the school, beaming with pride and bragging about how Mr. G was their teacher. That dunk brought me two or three really great days.”

In addition to headlining as a stand-up, Gardenswartz has found success as a consulting producer and story editor on the Emmy-winning Amazon series “The Marvelous Mrs. Maisel.” The comedy series follows the adventures of a woman trying to find stand-up comedy stardom in the 1950s, and his involvement with the show has taught him an unexpected lesson.

“I’m a writer on the show, but I’ve been lucky enough to be asked to be a comedian in two of the episodes,” notes Gardenswartz. “They’ve had me go be one of the stand-ups at the club where Major is performing, and I’ve never really acted before. And to anyone who doubts how difficult acting is, I found out the hard way because I was playing a Jewish comedian named Noah, and I still had a hard time playing the part.”