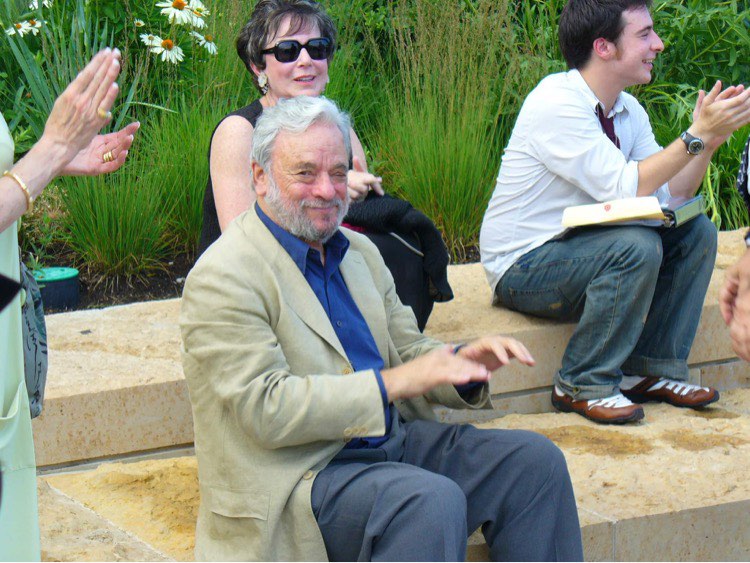 Chicago’s Sondheim in the Park celebration in Millennium Park in July 2006 including two concerts with the Grant Park Orchestra and Chorus. Sondheim is watching performances by Chicago actors and musicians in the Lurie Garden/Photo: Darren Stephens, courtesy Grant Park Music Festival

Like so many, I have had Stephen Sondheim on the brain since his passing in late November.

Much of what has been said about Sondheim seems to only scratch the surface or even miss the boat.

The analogies to Shakespeare don’t work because Sondheim never wrote his own books.

What does make Sondheim stand apart as a Broadway lyricist is that Sondheim lyrics can be read standalone as great poetry. (Try that with Cole Porter, though it does work with Bob Dylan.)

Sondheim is very much the wordsmith of wordsmiths. That meant for a gifted composer such as Leonard Bernstein, Sondheim could elevate one level of genius to an unprecedented new level. “West Side Story” with Bernstein’s music and Sondheim’s lyrics is widely considered the greatest musical of all time. (In addition to the current Steven Spielberg film adaptation, “West Side Story” will also be staged at Marriott Lincolnshire this month.) Sondheim also did the same for Jule Styne with “Gypsy,” often considered the “King Lear” of musicals.

When Sondheim was the composer as well as the lyricist, his own works remain word-centered. They are brilliantly set, even if musically there is no singular Sondheim style. He is a chameleon as a composer. (Hence why that side of his creativity has never been as appreciated nor valued.) Sondheim was a student of academician and twelve-tone composer—drumroll—Milton Babbitt, of “Who Cares If You Listen?” notoriety. There are vast implications of this. Can you name one Sondheim blockbuster or even hit in its day? “Send In the Clowns” done by Judy Collins is a sole exception and rather vacuous apart from its character context in a show—“A Little Night Music”—not known by a wide public.

And as much as everyone likes to say he changed the course of musical theater, where are the imitators of Sondheim? They do not exist. Nor could they. Hence the deep and palpable sense of loss at his passing.

I was around Sondheim numerous times but we never did an interview as such. Sondheim’s interviews were rarely revealing, mostly banter and small talk. We had mutual friends and I came to feel I knew much of what there was to know about Sondheim through them.

Sondheim seemed everyone’s best friend, very approachable, very chatty. More often frivolous than serious. He would always rather be invisible, but when people knew who he was and went beyond fan talk, he engaged. He loved people but there was a fundamental insecurity about him. Sondheim had trouble looking you in the eye. He had a crooked smile and his eyes rolled around like pinballs. And he liked being a fly on the wall.

I was giving quite a Sondheim seminar to some fellow media folks before Patti LuPone sang her first-ever “Gypsy” at Ravinia in 2006 when he quietly walked up behind me, planted himself and listened. Stood there, deliberately out of my field of view and didn’t move until I was finished. Others were amazed he wasn’t annoyed because while I was praising his unparalleled lyrics, I was being critical of Sondheim’s music not being equal to the brilliant music of Styne or Bernstein, i.e., not being on the same level of those lyrics. Of course, Sondheim knew and understood this, in my view, hence why he wasn’t annoyed. 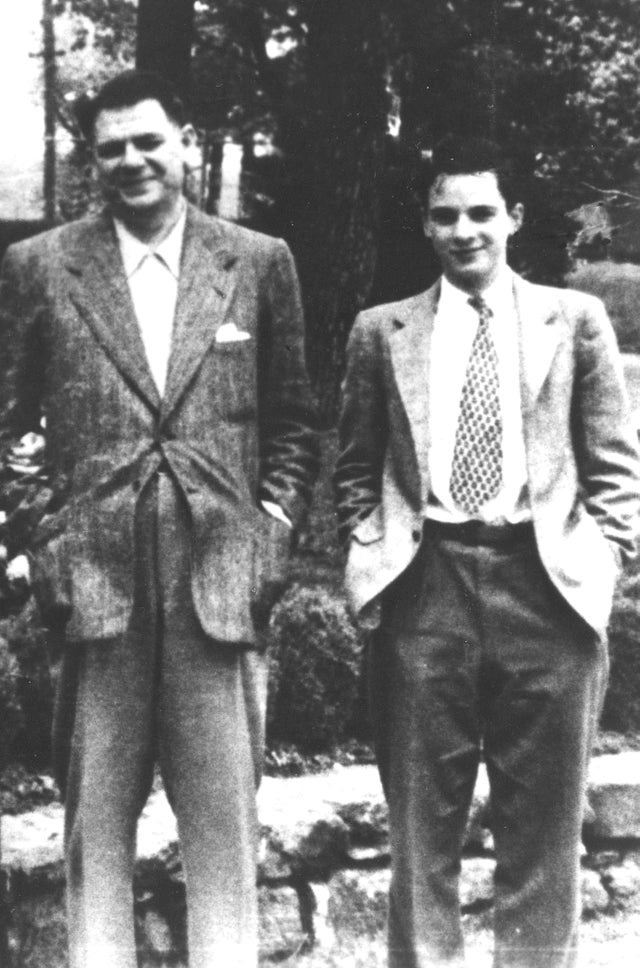 James Hammerstein was Sondheim’s best friend growing up. “Steve became part of the family,” Hammerstein told me in 1993. James’ father Oscar Hammerstein II became Sondheim’s mentor and the father he never had. “If Oscar had been an electrician, I would have wanted to be an electrician,” Sondheim used to say. Luckily for us, Oscar was one of the greatest wordsmiths of all time.

The week before Sondheim passed, Lin-Manuel Miranda of “In the Heights” and “Hamilton” sent Sondheim an email about the role his mentorship had on the late Jonathan Larson of “Rent” and “Tick,Tick… Boom!” as well as on himself and countless others. “Your ears must be burning from the generations of writers you mentored,” wrote Miranda. “Thanks for the nice boost to my spirits, Lin,” Sondheim emailed back. “It’s an aspect of my life I’m proud of. I feel as if I’ve repaid (partially, at least) what I owe Oscar.”

If there was ever any doubt as to what Sondheim’s own view of the importance of his own words versus his own music, what was Sondheim’s own last word on the subject?

And music? “I had been telling him he needed to write Symphonic Suites for his shows for years,” longtime Sondheim conductor and collaborator Paul Gemignani told me in 2015. “But he would never sit down and do it.”

And yet when Gemignani conducted an all-Sondheim evening with the Grant Park Orchestra, singers were also engaged because as Gemignani put it, “otherwise you are cutting half the art form away. I believe if Steve wrote music by itself, he would write much more complicated music than he’s writing for shows. And that music is complicated enough.”