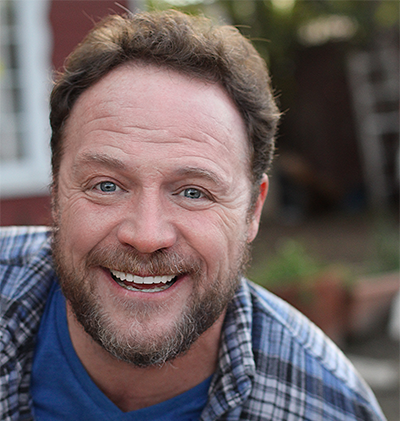 Most comics prefer to be lone wolves, prowling the stages of comedy clubs nationwide while traveling alone. But this week at Zanies’ two locations, there’s a distinctly different vibe, as comic Lenny Schmidt headlines the Chicago club’s  shows Wednesday and Sunday, and Thursday through Saturday at its Rosemont outpost with his fellow veteran comic brother Mike performing in the feature spot.

For Lenny, who has appeared in movies including “Joe Dirt” and “The Ugly Truth” as well as TV shows including “Castle,” “True Blood,” “Big Love,” “ER” and “Desperate Housewives,” the chance to team up with Mike is especially meaningful.

“My family’s always been really supportive of us,” says Schmidt. “We never talked about doing stand-up when we were growing up, just dreamed about it. But the funny thing is, we started in the same week in different cities back in 1988, with me in L.A. where there were open mikes every night, and him doing a monthly open mike in Lake Tahoe where he lived.

“We teamed up a year ago for these same shows, and tons of people came out from Bolingbrook, where we grew up, for the Rosemont shows,” he says. “Family are flying in for this one, even, and all our old friends and even our teachers come out to see us and really pack the place.”

Saturday night will be a particularly important one for Lenny, as he records both the 7pm and 9:15pm shows for a new album, his third for the comedy label 800 Lb. Gorilla. Thus, all the week’s shows will feature his brand-new hour of material, which has a strong focus on life during the pandemic and the changes it’s brought to society.

“There’s a lot of stuff on COVID, the shutdown and what I think is the mishandling of the shutdown, and more importantly how people lost their minds during COVID,” says Schmidt, who also maintains a frequent schedule of shows on cruise ships in addition to touring nationally. “I talk a lot about the CDC restaurant rules all across the country.

“One thing I learned through COVID is how none of us get along. This is a global issue, it’s affected every country, not just Illinois, rightwing or leftwing,” he says. “It was Russia, India, and we had these problems all across the world. Nobody could agree on how many masks to wear, what to do, or where to wear them. We couldn’t get together on anything. I have zero faith in this planet if aliens ever land. We’d never be on the same page. Plus, if they land in China, we’ll learn about that six months later. Can you imagine?”

Schmidt has kept himself busy during the pandemic by creating, producing and hosting three weekly videocasts on his YouTube channel, “Lenny Schmidt Comedy Network.” He teams up with child therapist Robert Robbins for “Not Your Father’s Show,” which focuses on funny yet meaningful issues about raising teens today versus when he was growing up in the 1970s.

His “Total Schmidt Show” combines sketches, stand-up and videos from his travels along with interviews with fellow comics, while “Big Schmidt, Little Schmidt” finds him with one of his two daughters as “she in Generation Z teaches me about why the world is the way it is today.”

“My point-of-view in whatever comedy I do is always about how we as people interact and how we get along or don’t get along,” says Schmidt. “It’s about growing up, dealing with parents, marriage, divorce and now being a parent myself. It’s about the stuff we all go through. I try to associate with the audience and connect through that.”