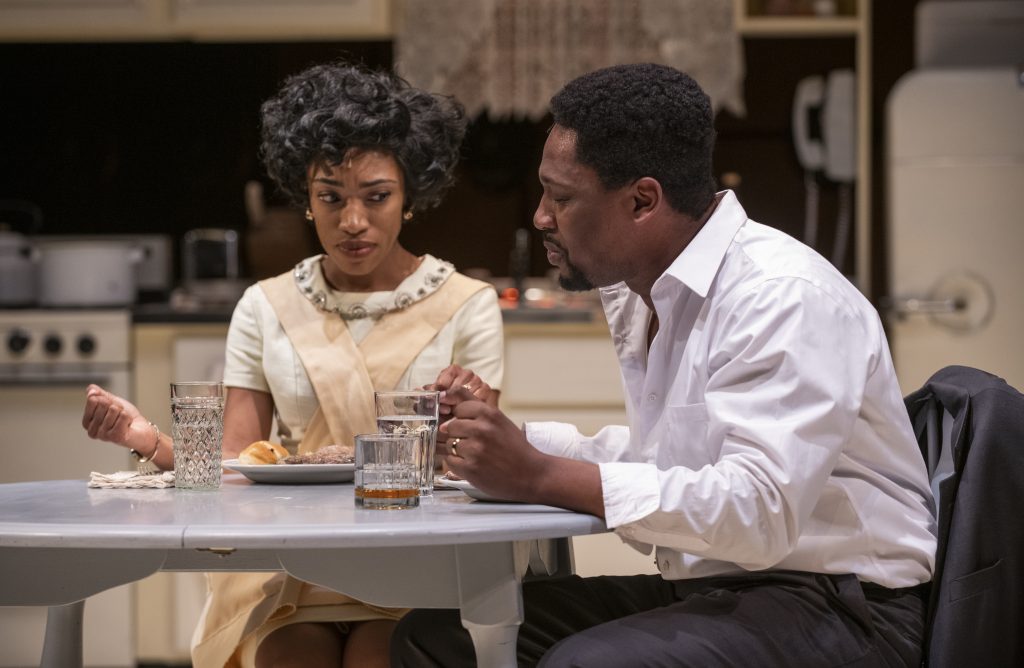 Chanell Bell and Al’Jaleel McGhee in “Fireflies” at Northlight Theatre

Northlight Theatre presents an incredibly powerful drama that exists at the exact intersection of race, gender and sexual orientation. Written by Donja R. Love and directed by Mikael Burke, “Fireflies is part of a trilogy that, as articulated by artistic director BJ Jones, “explores deeply and with nuance Blackness and Queerness during key moments of Black American History.” This work is set in 1963 and performed almost entirely within the kitchen of Olivia and Charles. Married and expecting their first child, the couple make a powerful political team with Olivia writing the speeches that Charles then executes with perfection. As African Americans, they are working hard to ensure that their child will inherit a more just America, with the first few moments of the play striking an optimistic and upbeat tone.

That this optimistic tone does not last is a given. This is 1963 America and for an African American it is not safe even to send your daughters to church—the horrifying bombing of the Baptist Street Church in Birmingham is a recurrent plot point. Olivia also has doubts about bringing another African American child into the world as well as about her husband’s fidelity. Frankly, she is also more than a little tired of being the wordsmith to her famous husband. Alone in the house each day, she writes the words for another person to articulate while repressing her true self. Charles has his own doubts with the constant stress of seeing folks like himself imprisoned and sometimes killed, leading him to a host of bad decisions. There are other pressures, too, constant metaphorical and literal bombs, that contribute to their rapidly unraveling domestic world.

This is an intense two-hander with Scott Penner’s crisp and efficient set design leaving the performers nowhere to hide. That they are able to rise to the occasion is a relief. That they in fact exceed every expectation is a gift. Al’Jaleel McGhee as Charles is simply mesmerizing. A powerful presence, he perfectly expresses his character’s every triumph and shortcoming. Chanell Bell (Olivia) is also impressive in her ability to expand her character on stage. Together they create a perfectly believable but ultimately cruel world that allows for the only briefest flicker of self-expression. This production in fact is itself a brief, flickering moment in need of immediate celebration. (Noel Schecter)