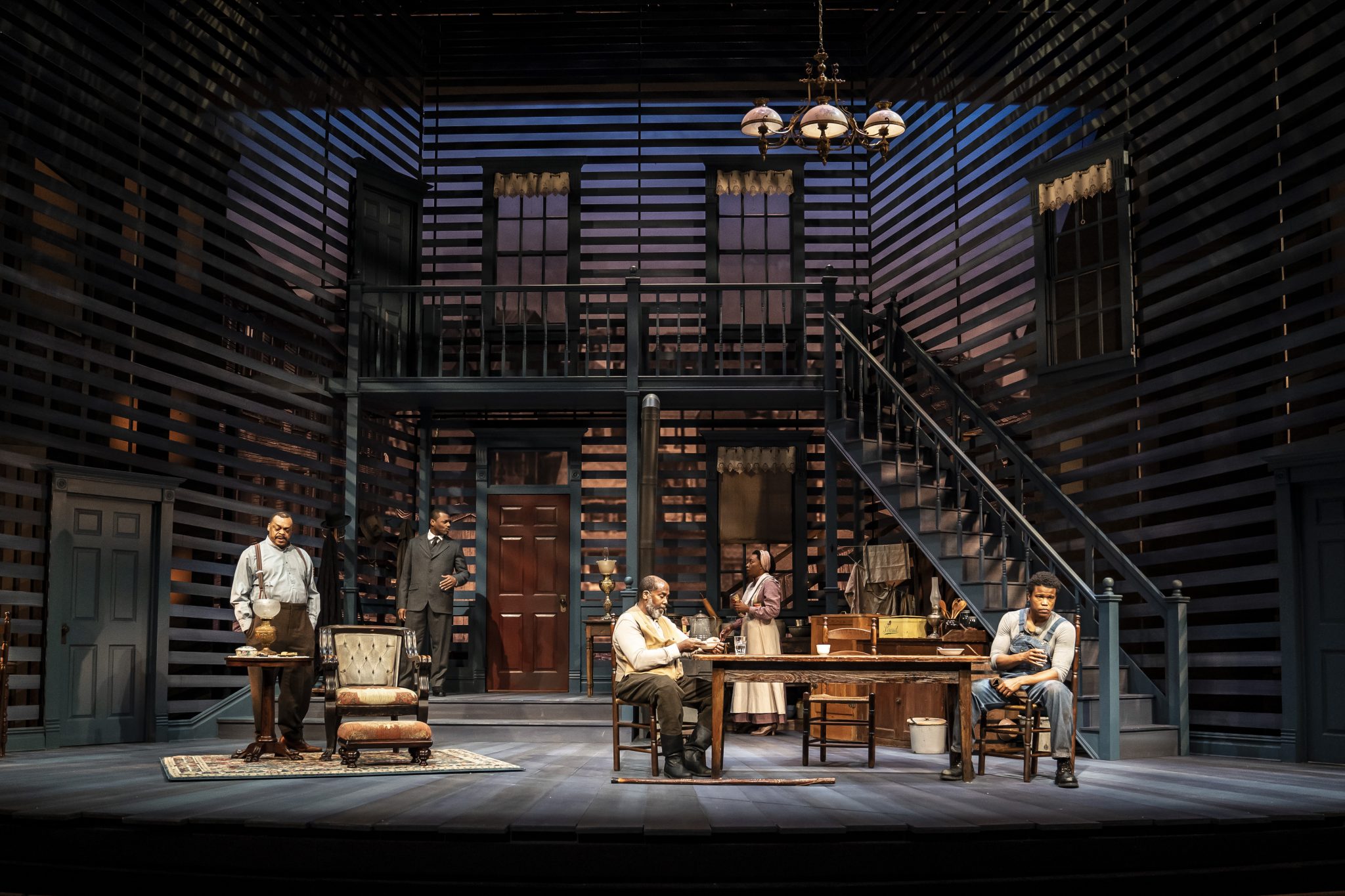 The word “epic” has been worn thin by overuse and misuse. But August Wilson’s “Gem of the Ocean”— Part I of the late playwright’s ten-part “Century Cycle” opus—fully merits the adjective. And this topnotch production draws every drop of meaning from Wilson’s deep, rich and powerful script.

Set in early-twentieth-century Pittsburgh, during what historians term the nadir of race relations in this country, “Gem” is about the quest for freedom and dignity by African Americans who have been released from bondage into poverty and second-class citizenship. As with the epic tales of the ancient world, the characters’ stories, heroic and not-so-heroic, blend together into one complex, interrelated narrative that gives insight into the past and offers moral and practical guidance for the present.

Over the course of its three-plus hours, the play—well-paced by director Chuck Smith, who served as dramaturg when Goodman staged the world premiere of “Gem” in 2003—convincingly recreates the milieu of Southern-born Blacks attempting to make decent lives for themselves in the cities of the industrial North. The focal point is the home of the formidable Aunt Ester, a Black matron whose Pittsburgh residence serves as a sanctuary from the turmoil and anonymity of the big city. As her devoted helper Eli notes repeatedly over the course of the evening, “This is a house of peace.” But in its calm way, the household—which also includes the young cook and housekeeper Black Mary—is also a center of resistance to the economic exploitation of the nearby factories and the racism that runs almost as deep in the beckoning North as in the Jim Crow South.

As in all of Wilson’s work, the characters are simultaneously real and archetypal, and the performers adeptly capture the double nature of their roles. Lisa Gaye Dixon is (literally) mesmerizing as Aunt Ester, the play’s center of gravity. She is a psychic healer and a portal to the ancestral past, with its resilience and wisdom. Eli and Black Mary, her tough and loyal but not submissive companions, are played by A.C. Smith and Sydney Charles, respectively, with Charles delivering a particularly well-honed mix of delicate feeling and fierce pride. James A. Williams nails the part of Solly Two Kings, a one-time Underground Railroad guide preparing for one more mission down South. The aging warrior stands in contrast to Citizen Barlow (played by Sharif Atkins, who radiates stage presence), a confused, morally torn young man who seeks Aunt Ester’s help in cleansing his soul of wrongdoing and finding his way in a rough, perplexing world. Their nemesis is Caesar (a convincing Kelvin Roston, Jr.), Black Mary’s brother, who has thrived in Pittsburgh as a ruthless landlord and town constable. Caesar is the enemy within, pushing himself forward at the expense of his fellows, and eagerly serving a punitive and oppressive system, which he firmly believes in. Gary Houston rounds out the ensemble as Rutherford Selig, the good-natured white peddler who aids Aunt Ester when necessary out of affection and simple humanity. He is a kind of anti-Caesar. 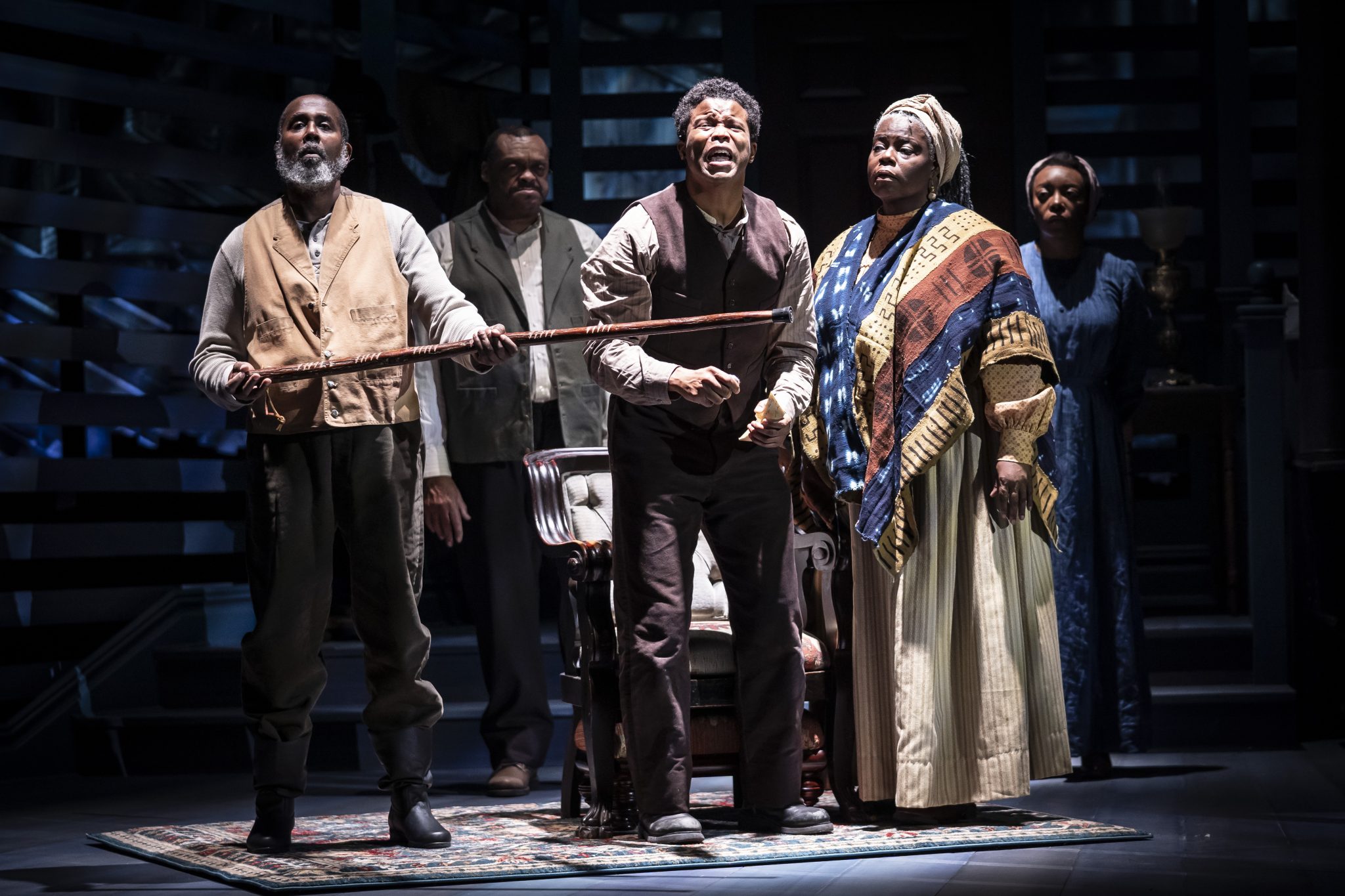 The first half of “Gem” is note-perfect; the second half, in which the Citizen and Solly plotlines converge, occasionally feels rushed and overinflated, as the play’s thematic reach exceeds its dramatic grasp. Citizen’s long, trancelike voyage to the mythic “City of Bones,” a place of both terror and beauty, is overloaded with symbolism. But assisted by Linda Buchanan’s cage-like set design, Robert Perry’s stormy lighting effects and the cast’s marvelous singing, director Smith manages to give the play’s mystical climax a haunting, gripping power.

One senses that, in this late play, written just two years before his death in 2005, Wilson is commenting on the nature and purpose of his work. Just as Citizen’s spirit journey to the ancestral City of Bones connects him to his past and reveals his path forward, so “Gem of the Ocean” makes history emotionally real and shows how current conflicts and struggles are rooted in old patterns, structures and traumas. It’s a useful lesson at a time when so-called Critical Race Theory—i.e., un-whitewashed history—has become a top bogeyman of the right wing.

With its expert direction, exceptional cast and skilled staging, it’s hard to believe that we will ever see anywhere a better production of this work, which serves as the foundation stone of August Wilson’s vastly ambitious, ever-relevant cycle of plays. Catch it while you can. (Hugh Iglarsh)