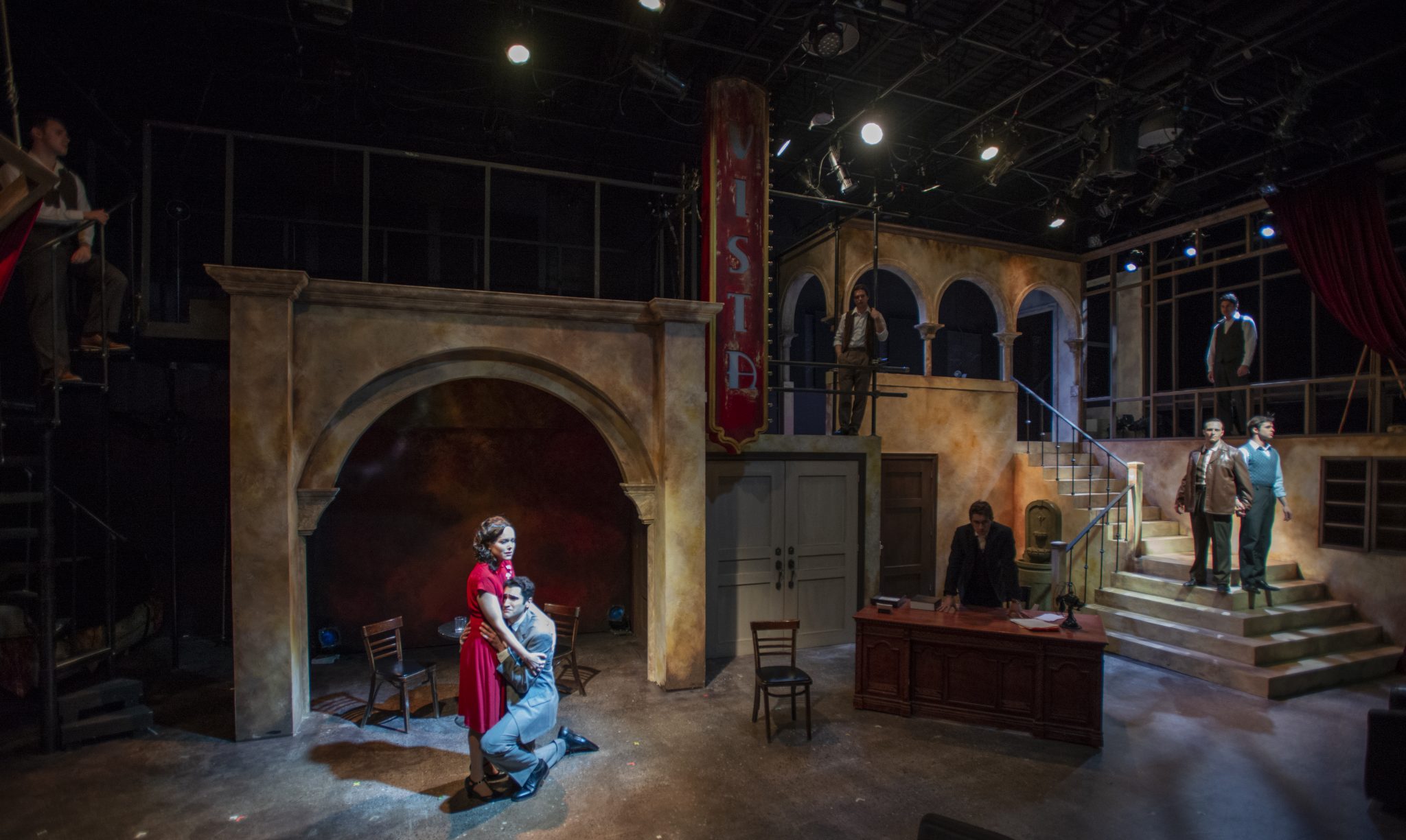 There’s nothing Hollywood loves more than a big dramatic story about Hollywood itself, especially if it involves heartbreak, a rise-and-fall narrative arc, and, where possible, murder. But for most of its history, the story Hollywood never loved was its own love story, as in how many of its stars were gay.

According to the tale recounted in the world-premiere “Sons of Hollywood,” we can blame the Hays Code of 1934, which brought a wave of self-censorship to the movie industry that would hold sway until 1968. Instituted as a means to clean up the movies and lock them into a rigid set of values aligned with the church, largely the powers-that-be of the Catholic church, the Code also pushed gay leading men out of the industry or deep into the closet, destroying careers in the process.

Case in point: the fascinating story of little-remembered Ramon Novarro that anchors “Sons of Hollywood.” Novarro was a Mexican American actor who was one of the great stars of the silent film era, coming into his own shortly after the untimely death of the leading man of the era, and his purported onetime lover, Rudolph Valentino. The play opens on the eve of the premiere of Novarro’s marquee role, “Ben-Hur,” which became a colossal hit and, according to the play, saved the MGM studio. For its star, it was downhill from there. Novarro would never again come close to the heights of that movie and his many failed affairs of the heart, which led him to indiscretions with hookers and booze, made it easier for MGM to drop him when the Hays Code arrived.

“Sons of Hollywood” tells his story, in parallel with that of his close friend and former lover William Haines. Haines, another silent-film star, never reached the epic heights Novarro did, but found lifelong domestic bliss with a sailor named Jimmie Shields (played with charm by Kyle Patrick); Haines’ refusal to renounce his partnership with Shields and climb back into the closet forced him out at MGM at the same time as Novarro. Haines got the Hollywood ending, though, successfully pivoting careers with a long and successful run as interior designer to the stars while his friend Novarro spiraled toward his demise.

Playwrights Barry Ball and Carl Menninger have brought their stories into the light with a show that’s well-paced and enchanting, adding a third member to this friendship triangle, Joan Crawford (here mostly called by her birth name, Lucille LeSueur), who tries to keep “her boys” above water as their career arcs intersect—hers upward, theirs downward.

Described as a “play with music” rather than a musical, the handful of songs serve more as a Greek chorus, commenting on the tragedy unfolding on stage. Director David H. Bell keeps the show crackling right at the edge of camp, without crossing over, aided by a terrific trio of leads. Abby Lee channels the iconic Crawford with verve, a force of nature amid two other equal forces. Adam Jennings’ William Haines is the wisecracker with a heart of gold who owns every scene he’s in. And Trey DeLuna’s Ramon Novarro carries the breaking heart of the show with a charming mix of innocence and pathos. The tragedy of his life story is doubly so since he is now largely forgotten.

Someone should make a movie.

At the Windy City Playhouse, 3014 West Irving Park, through April 17.