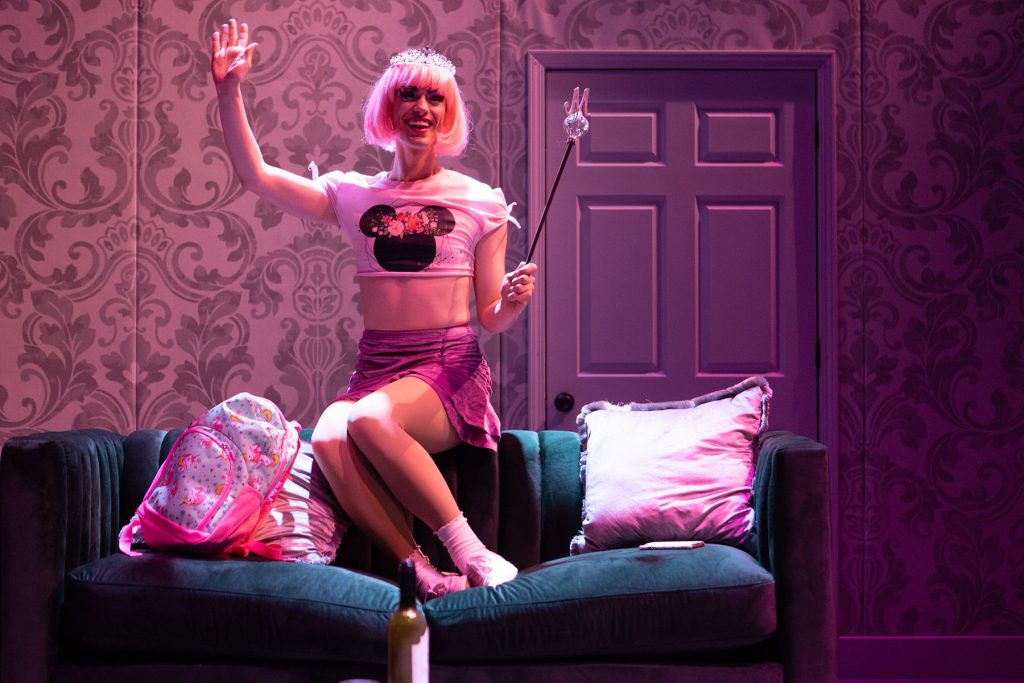 It is easier to recommend “The Drag Seed” than it is to place it within a specific genre. Billed as a parody of the 1956 psychological horror-thriller “The Bad Seed,” the plot follows eleven-year-old Carson, who will do whatever it takes in order to become the reigning Drag Queen of his private school. This includes his literal interpretation (in heels no less!) of the classic “death drop” move made popular by “RuPaul’s Drag Race.” Carson’s mother Connie, actually Connie Lingus (it’s that kind of play) grows suspicious of her adopted son’s behavior as well as his origin story. Meanwhile, Carson’s favorite auntie, a fierce older drag queen named Miss Charles, offers comfort both to Charles and his mom, all the while a lurking custodian uncovers a trove of disturbing secrets.

Director Cheryl Snodgrass’ deliberate pacing and well executed cutaways perfectly captures the plodding lunacy inherent to a noir classic. The production leans heavily into the drag, so much so that it sometimes feels more like a send-up of “RuPaul’s Drag Race” than a parody of an actual movie. As if that was not enough, the play serves up some surprisingly biting commentary related to appropriate pronoun use and other similar tidbits. With so much to offer it is a credit to artistic director David Cerda’s witty script that all the elements come together nicely at the end.

The acting is also impeccable. Ed Jones as Connie anchors the play with a performance just campy enough to be fun. Cerda (Miss Charles) and an often-twerking Patrick O’Keefe (Carson) are on point every moment. Also delivering noteworthy performances are Elizabeth Lesinski (whose smeared mascara deserves its own credit) and Kelly Anchors as the menacing custodian with dark secrets of her own. Under Snodgrass’ direction the cast gels better than Carson’s press-on nails. The effect is an enjoyable and often incredibly funny performance that takes itself just seriously enough to deliver the big laughs.

Hell in a Handbag Productions at The Chopin Theatre, 1543 West Division, handbagproductions.org, $27 ($32 at the door). Through March 20.