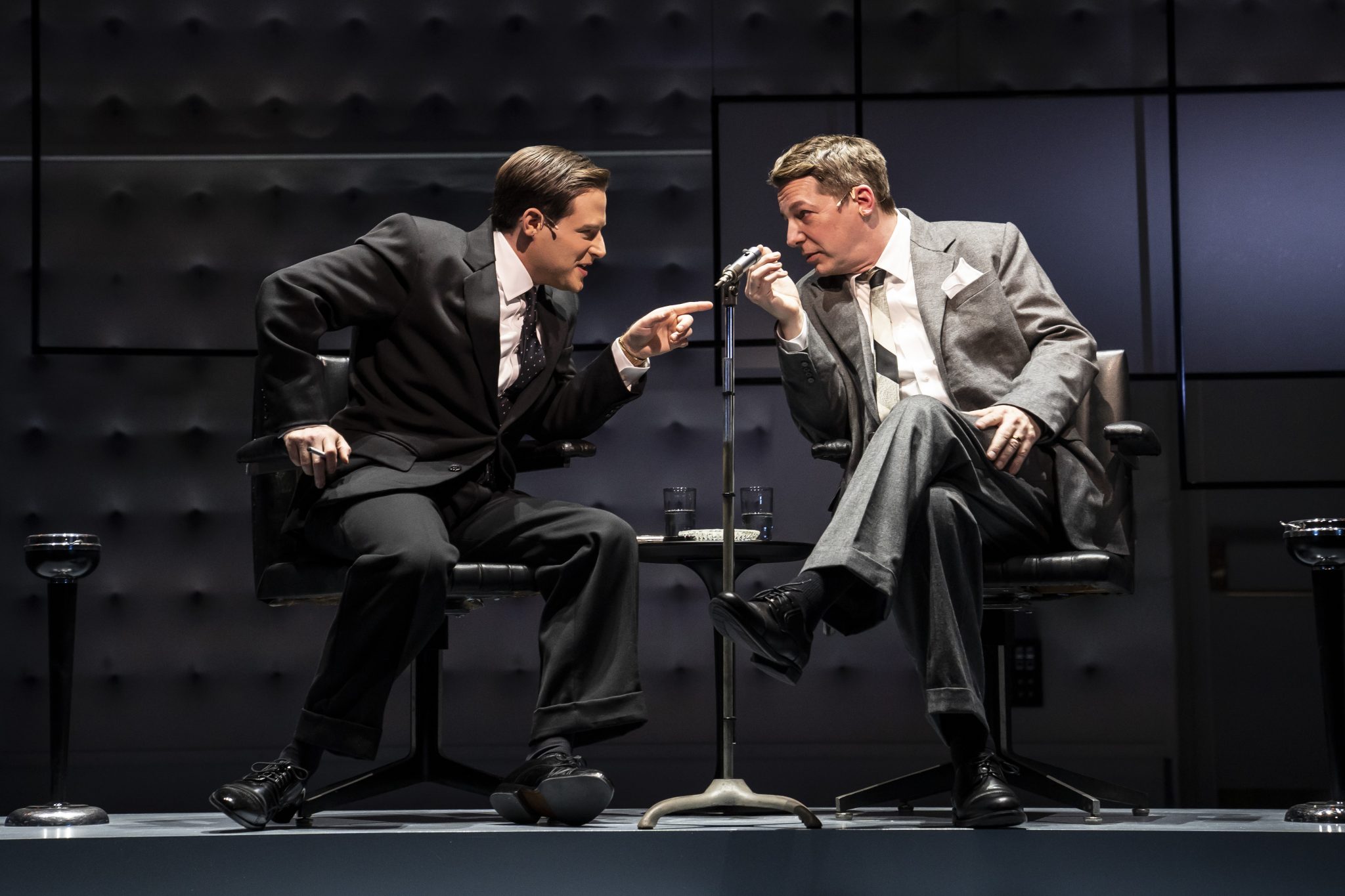 A funny thing, fame. So many of us yearn for it that we can only assume that those who’ve achieved it feel fulfilled. But, in most cases, fame is the byproduct of talent, of genius, even. And no matter how much of that we have, there’s always someone smarter, more creative, better.

Take Oscar Levant, for example. Most of us would kill for his career. He was a virtuoso on the keyboards who played on the radio at that medium’s peak in popularity and influence, becoming the highest-paid concert pianist in the United States. He was a composer who studied under Arnold Schoenberg and caught the attention of Aaron Copland. He wrote music for the movies and acted in them, too. And he became best friends with George Gershwin, one of the greatest musical minds in American history. And that was the problem. He wasn’t Gershwin.

Doug Wright’s brilliant new play, “Good Night, Oscar,” in its hilarious and heartbreaking world-premiere production at the Goodman Theatre, is set in 1958. It’s more than twenty years since Gershwin’s tragic death at the age of thirty-seven, but his ghost still haunts Levant. With a skill set perfectly suited for the new medium of television—his forays on radio had brought forth a truly gifted and wicked wit to go along with his musicianship—he’s a favorite guest of the then-king of late night television, Jack Paar, who books him on his show one fateful night. Just one complication: he will be coming on a day pass from the mental hospital where his wife has had him committed. And he’s massively addicted to Demerol.

Paar, played with energy and verve by Ben Rappaport, spars with NBC president Bob Sarnoff, who implores him to push Levant toward a mushy middle ground on the air and away from controversial subjects like politics, religion and sex; mental illness was apparently fair game and boy did Paar and Levant play it. This dynamic foreshadows the free-for-all spirit of early TV giving way to the lowest-common-denominator mediocrity that made Newton Minow’s famous “vast wasteland” speech in 1961 more predictive than diagnostic. It’s all a time capsule now, a throwback to an era when network television was king, but Peter Grosz is spot-on in a thankless role as Sarnoff; if this were set nowadays he’d be Mark Zuckerberg browbeating Facebook whistleblower Frances Haugen with equal guilelessness.

Emily Bergl plays June Levant with force and pathos; it’s through her we see the love that survives her functioning dysfunctional marriage with Oscar. Both Bergl and Rappaport have to play foils to the force-of-nature Sean Hayes playing the force-of-nature Oscar Levant and hold their own in the process. Hayes, best known for co-starring as Will’s bestie in the hit TV sitcom “Will and Grace,” is “Just (Not) Jack”—his virtuoso performance, in many senses of the word, earned a deserved in-show standing ovation opening night.

Without a doubt, Wright—and Levant, who supplied many of the great lines in the show—has given Hayes an extraordinary text to work with. It’s a continuous stream of laughs until it isn’t, but the dark turns never feel overwrought or heavy-handed, thanks to Lisa Peterson’s direction and Hayes’ performance. We feel the internal torment, the battle with madness burning Levant up. The cast, which also includes Tony-nominated Ethan Slater as the nepotistically gifted assistant Max Weinbaum, John Zdrojeski as George Gershwin and Tramell Tillman as Alvin Finney, the earnest healthcare worker and most thinly drawn character in the play, is chock-full of Broadway talent. Hmmm, I wonder what the future plan is for this show?

The show’s ambitions are further signaled by its sprawling and multifaceted mid-century modern set design by Rachel Hauck that rivals the best of Broadway. Along with the period costumes of Emilio Sosa, it’s the Golden Age of Television seen through a “Mad Men” filter.

A funny thing, fame. Unlike genius, which is eternal, fame flickers out with time, and Levant, along with the other contemporary celebrities name-dropped in this show, like Jayne Mansfield and Señor Wences and Xavier Cugat, are almost lost to the ages. But Wright knows Levant was a genius and with this play, brings him back to life.

Every once in a while, I see a new work like this one that is so well written that my joy in the experience is tempered by the despair I feel over my own much lesser writing talent. I wonder who Doug Wright feels inferior to?

At the Goodman Theatre, 170 North Dearborn, through April 24. 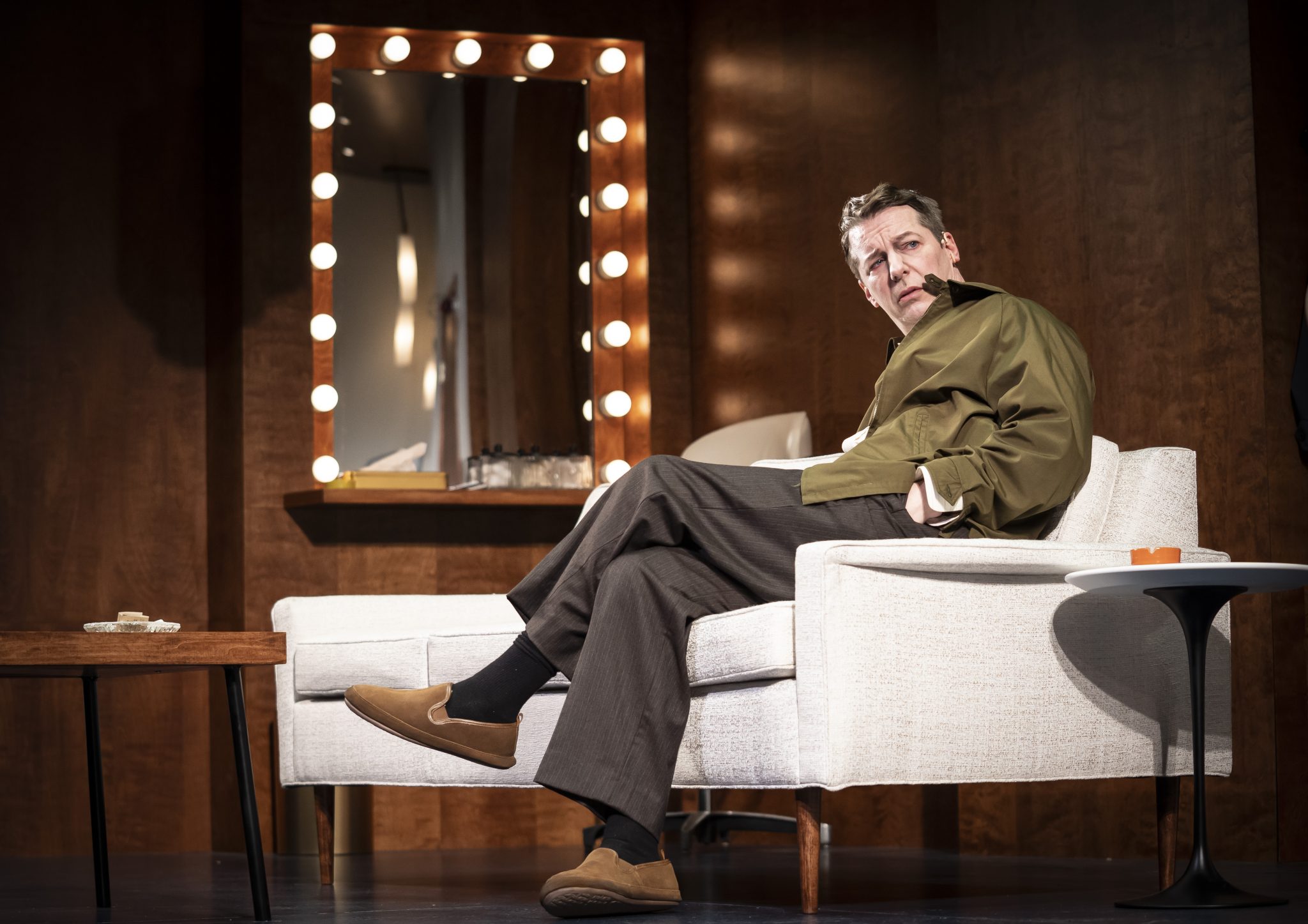 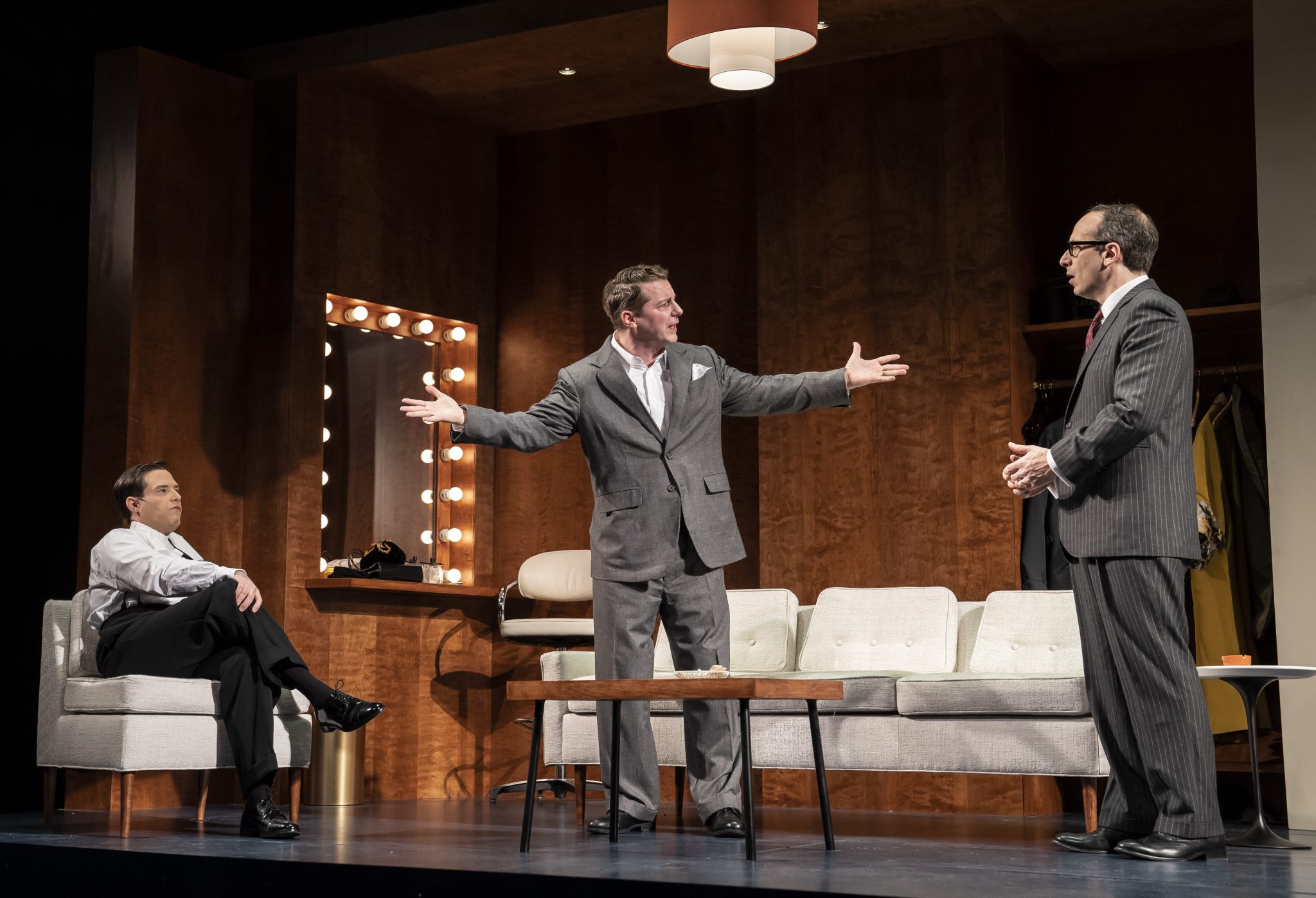 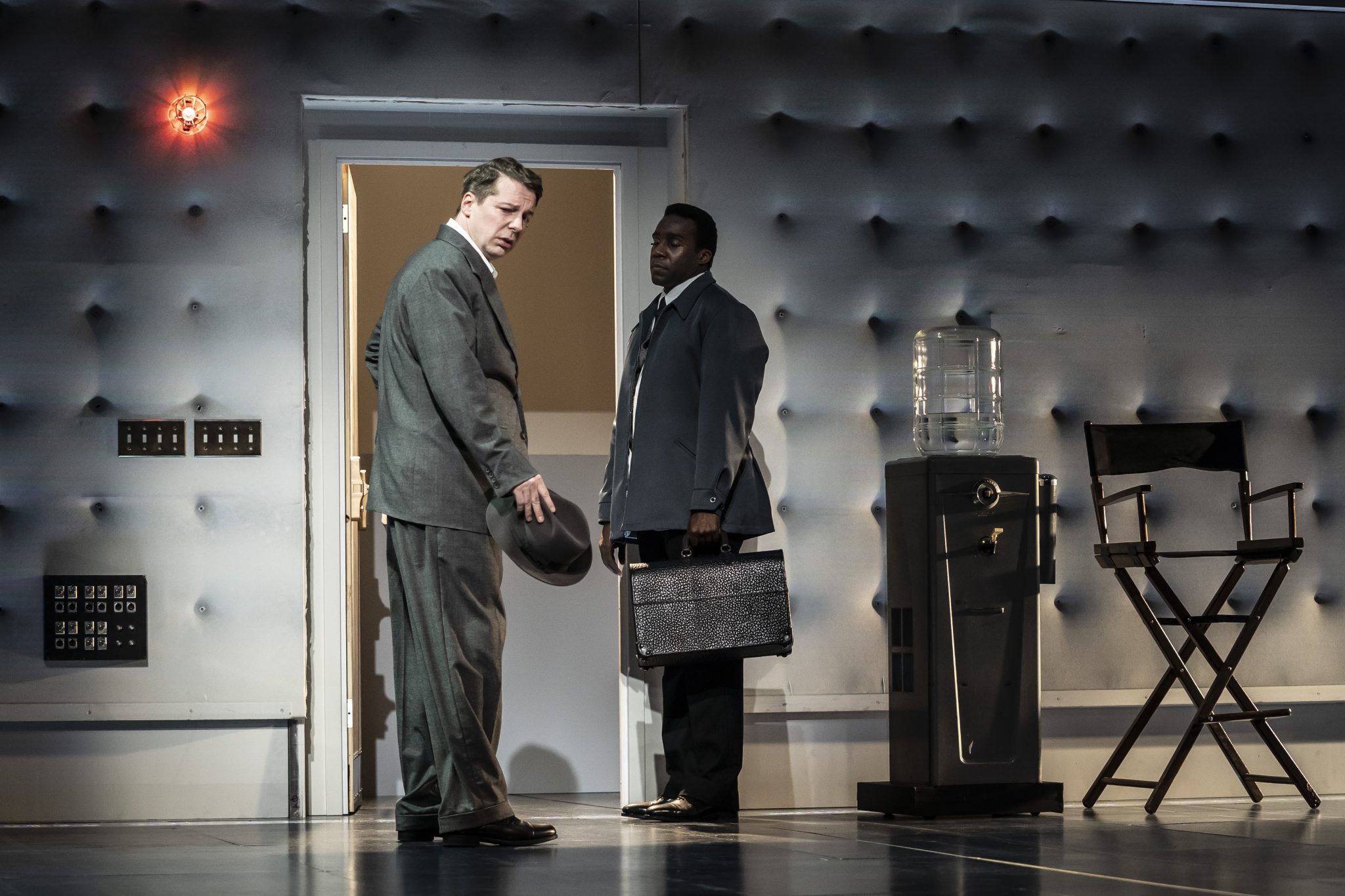 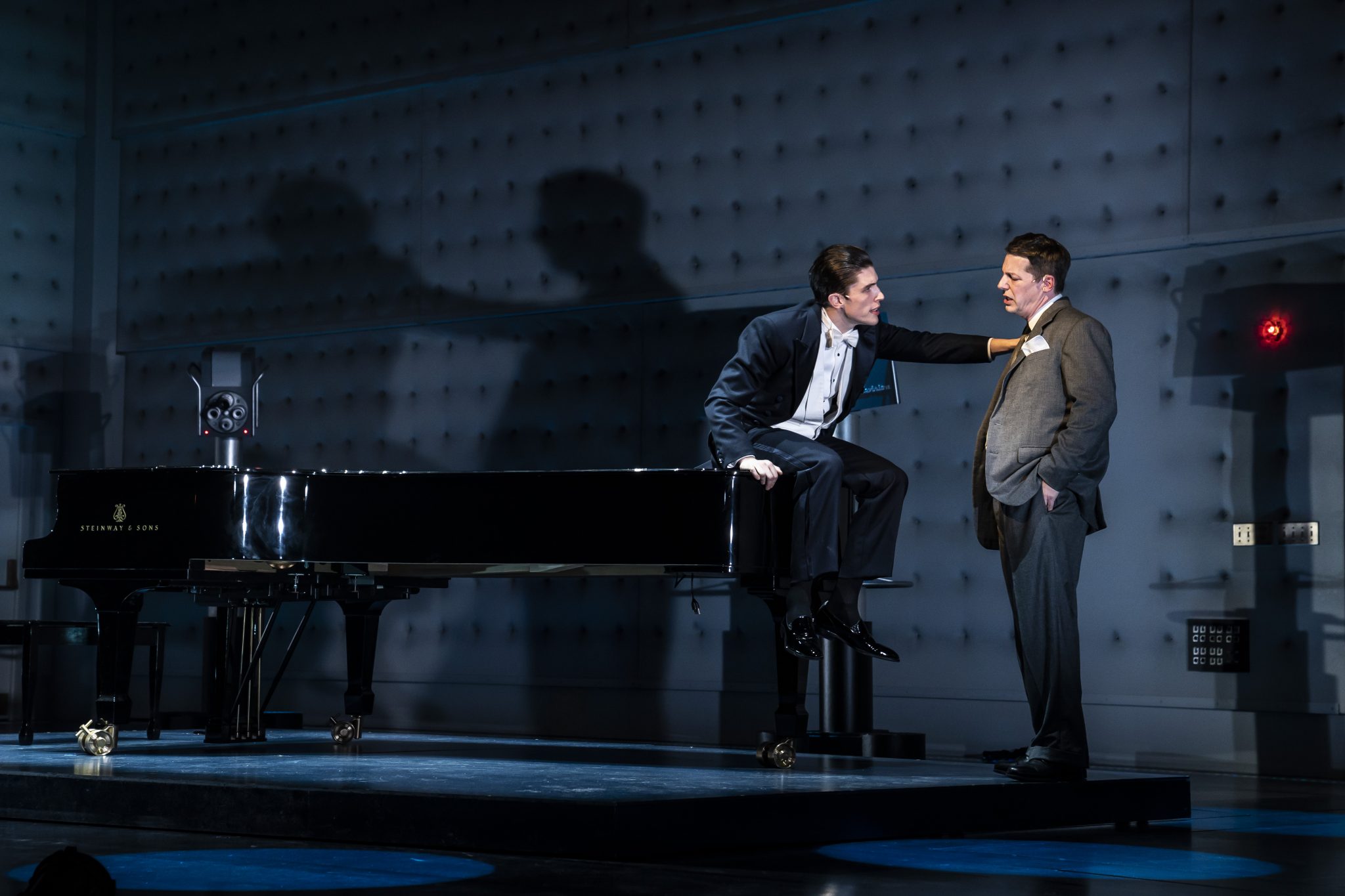 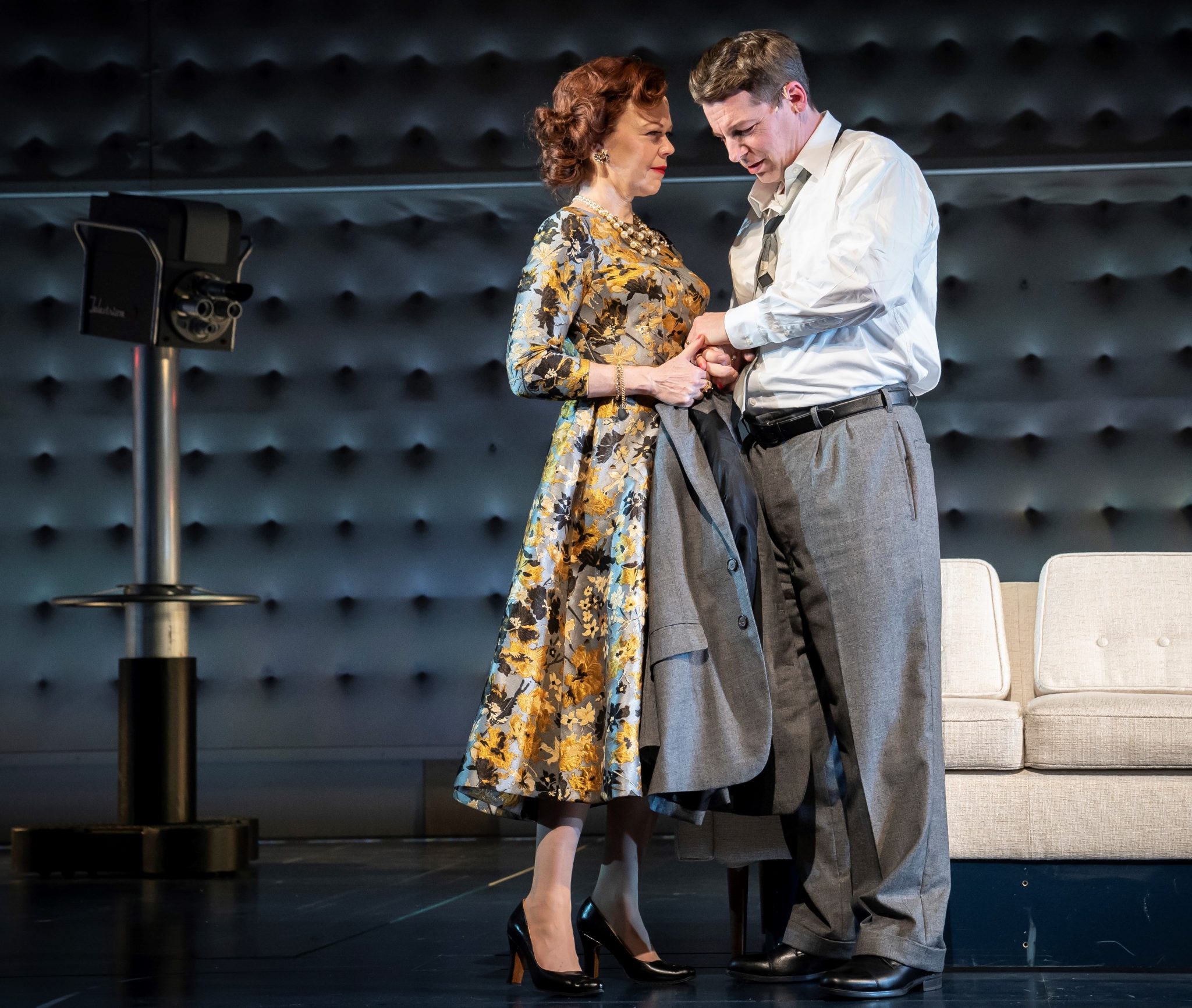