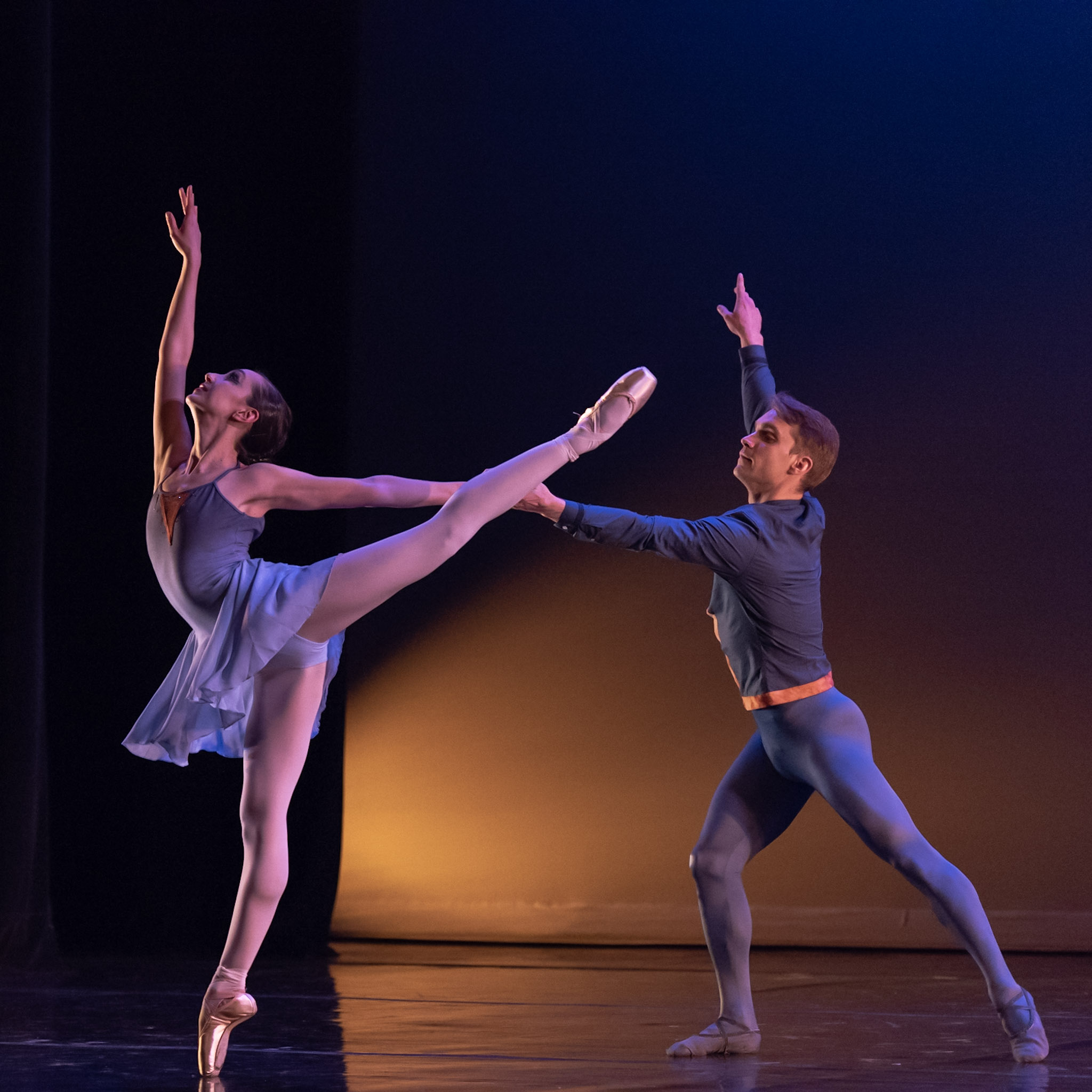 “This is more traditional ballet than I normally do,” Wade Schaaf, founder and artistic director of Chicago Repertory Ballet says quietly during a run-through of their new piece “Birthday Fete.” “Usually, it’s more a collision of ballet and contemporary styles.”

The piece we’re talking about opens “TEN: celebrating ten years of CRB” which runs April 1-3 at the Athenaeum. And “Fete” is straight-ahead classical ballet: En pointe, the full company tracing sprightly, ever-shifting patterns that pull the eye playfully through space to the lively tempo of Mendelssohn’s “Piano Concerto No. 1.” It’s a new dance and we’re still a few weeks out from the performance, but things are looking good. Schaaf’s choreography is rigorous and pushes the dancers to their edges, but the company is clearly up for the task. Marco Clemente particularly shines in athletic leaps that capitalize on his power and precision.

Schaaf tells me that the excerpts from their rendition of “Four Seasons” are more indicative of their signature style. “I was thinking a lot about Paul Taylor when I made this,” they tell me, referring to the versatile modern master who passed away in 2018. Two sections from “Spring” are on the program, also rooted in classical technique, but with branches that reach and twist in unexpected directions. Schaaf says that because their company started with a contemporary ballet aesthetic and gradually added in pointe, folks often have difficulty categorizing their work.

A duet commissioned from Kia Smith, executive artistic director of South Chicago Dance Theatre, strikes a similar note. It’s Smith’s first piece for pointe and evokes a stranger landscape than the two sun-dappled works by Schaaf. Hands grasp heads to twist and roll them, spines weave and eyes search the distance. The piece is the result of a creative exchange between the two choreographers, proposed by Smith. Schaaf’s commission will be part of SCDT’s program at the Harris in May.