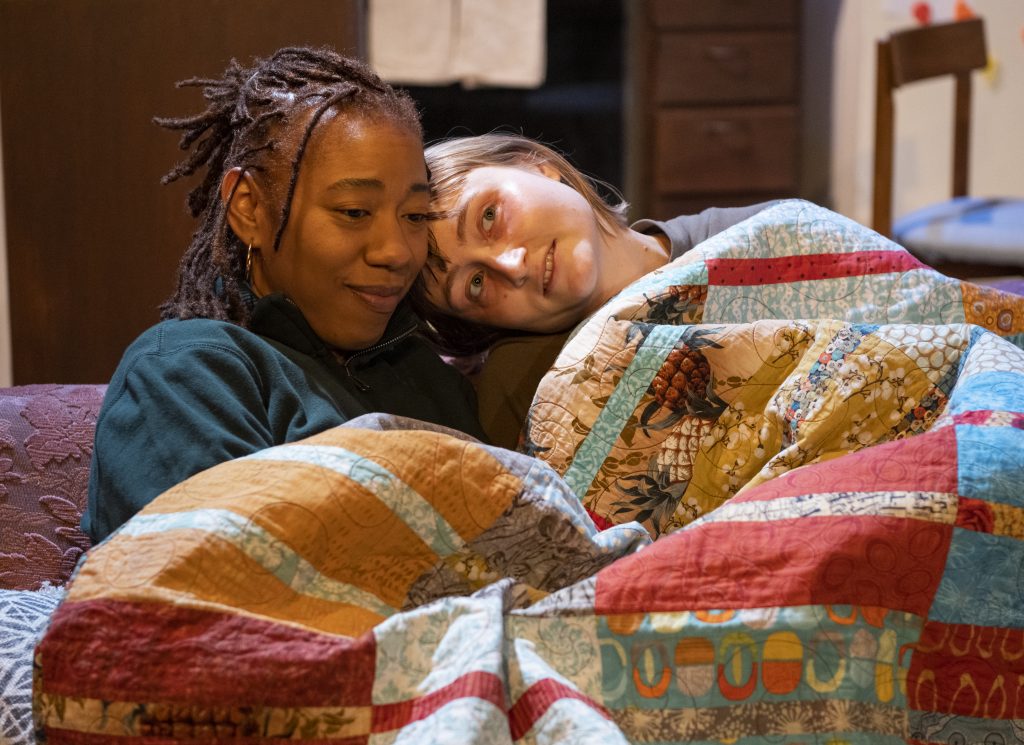 When one in four Americans are directly affected by opioid addiction, any art we create on the subject will have a profound effect. We know that the opioid crisis in rural parts of the country is particularly bad while areas like the Appalachian Mountains have a greater struggle with it. West Virginia has the highest overdose death rate in the country. Why bring up these facts? Because they matter. And if you see “Spay” knowing these things you will have a greater appreciation for the work.

Fiedler, who is herself from Appalachia, presents an unflinching narrative of sisters in crisis who live in a community that reflects that crisis back at them. There’s a reason Williamson, West Virginia, the setting of this play, is referred to as “Pilliamson.” Even at just ninety minutes, “Spay” does not let go. It sinks its teeth in and hangs on for dear life. Not unlike the long game of withdrawal. Fiedler’s work is a haunting reminder that our communities need better access to real help in times of crisis before the cries for help are silenced.

As the voice of reason, Krystel McNeil’s Harper is the resilient sibling here to pick up the pieces. McNeil’s power over the stage, audience and fellow castmates is palpable. She is not to be messed with, while her sister Noah, Rae Gray, fights with a steadfast resilience against the demon of addiction that just won’t quit her. Gray’s embodiment of the stages of withdrawal is hard to watch, but nonetheless important. Gray and McNeil coalesce as siblings seamlessly, most of all when they have their tiffs because no one can fight like sisters.

Spencer Huffman (Jackson) and Tara Mallen (Aubrey) are like foils of one another. Jackson, Noah’s dealer-boyfriend tries to convince us he can be trusted, while Aubrey, the kindhearted samaritan, tries not to step on Harper’s toes. Huffman particularly stands out in his almost Jekyll-and-Hyde-esque persona when dealing with Harper or Noah. As for Mallen, well, her charm is hard to resist.

Where “Spay” stumbles is in its direction. Prolonged, too-frequent scene changes drag this show out and break focus from dramatic moments. This could be a tighter play at maybe eighty minutes in just quickening the changes or even eliminating some altogether. There’s action onstage that serves no purpose other than to pass time—perhaps for a costume change? Moments like these hurt the overall intensity of the work, especially given the nature of the show. If it were tightened, it would give the text, as well as the performers, more wind in their sails.