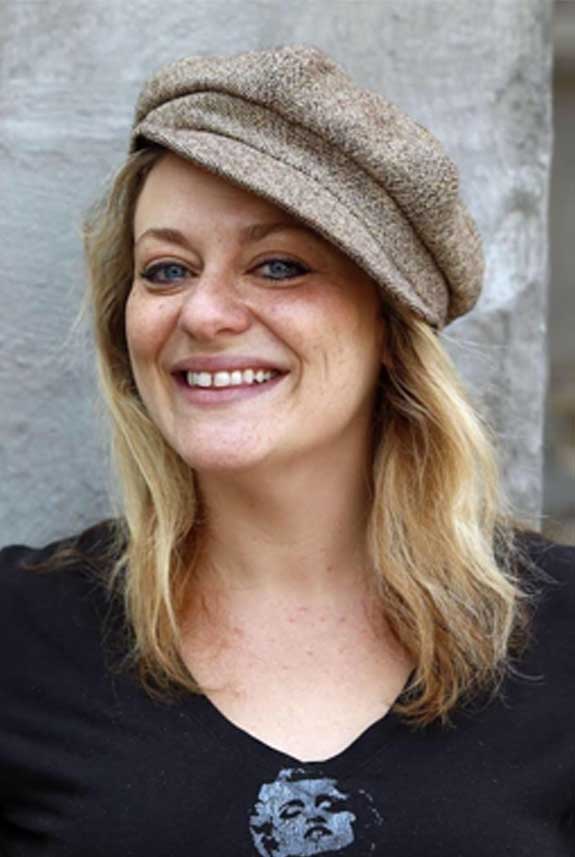 It’s been a full pandemic since the last time Chicago comic Kristen Toomey headlined Zanies. When reached by phone in Chicago in early April, she sounded more than ready to get back onto the iconic stage for another round on Sunday, April 24. And she thinks audiences are just as ready to come out and laugh.

“It feels much more easygoing than it was leading up to the pandemic,” she says of the current comedy club climate. “Everybody was—maybe because of politics or whatever—it was very tense… And now it seems like everybody feels—including myself—a little more happy, grateful to be out and sitting in a room with a group of people. So I’m hoping it will be relaxed and fun and not too serious really.”

Not-too-serious is a good descriptor for Toomey’s off-the-cuff style: a mix of meanness underlaid with a heavy dose of Midwestern niceness and self-deprecation. She’s been honing her stand-up skills since 2008, after a friend in an improv group told her she should try out an open mic and she immediately got hooked. Since then she’s toured, traveled and performed all over the country, headlining and opening for comedians like SNL’s Chris Redd.

But she says Chicago—with its variety of venues and vibes—is still her favorite town to perform stand-up.

Onstage, Toomey has a unique ability to stay present in the moment, bantering with the crowd with a sly smile and never losing momentum or falling into a rut. This skill set means that she doesn’t write down her jokes or prepare a pre-planned set list before she goes on stage. “If something happens in the room I like to be able to address it and not feel like I’m off-script or something like that,” she says of how she structures (or decidedly doesn’t structure) her sets. “I like to just kind of let it happen… Some of the best stuff I’ve ever said up there has just been in the moment. It just comes out of nowhere.”

Toomey’s hilarious 2019 album “Mother. Fucker.” provides ample examples of how she seamlessly blends crowd work with written material, roasting audience members relentlessly while always ultimately turning herself into the butt of the joke. “There’s a way to do it where it makes you feel accepted and understood instead of humiliated,” she says of her crowd work, likening comic roastings to being a Therapy Bully. “I don’t like anybody being humiliated. That makes me feel terrible. That’s never my goal and it shouldn’t be. It’s supposed to have the opposite effect.”

“It has to be done in a certain way or by a certain person, but if you say something and they burst out laughing there’s a moment of honesty,” she says of landing the right joke. “It’s like a connection. And for me it makes me feel closer to that person.” Chicago audiences: take Zanies up on this offer to connect with a professional Therapy Bully.