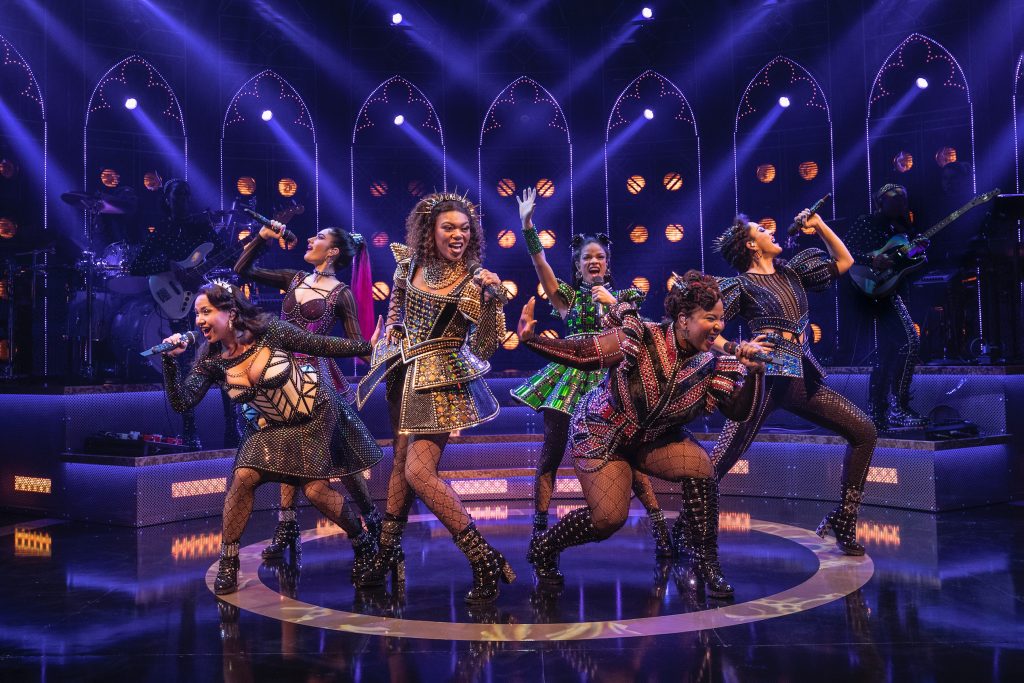 Those sassy Tudor Divas are back. “Six,” now known as “SIX the Musical,” began its much-ballyhooed North American run at Chicago Shakespeare Theater back in pre-pandemic 2019. That cast and production headed to Broadway in early 2020 before being shut down until last fall. Touring versions were planned and where better to to open the “Aragon” Tour than back in Chicago?

The premise is simple and astonishingly clever: the six wives of Henry VIII perform together in a song-and-dance line on one stage, competing against one another to see who gets to be the lead singer of the Girls in Waiting, the onstage all-female band. (Note to sound folks: the bass was distorting virtually throughout the entire show Wednesday night.)

Along the way, each queen gets her own song that tells “herstory,” a revised matriarchal view of a usually patriarchal history. The lyrics are biting, irreverent, historically grounded and hysterically funny. The performances are energetic and the pace relentless with the others supplying backup and backstabbing banter as each take a turn.

“SIX the Musical” could more accurately be called “SIX the Concert” as with its single set of nine songs and no overall narrative, it feels more like an epic, though spectacular “Saturday Night Live” skit. Or a really thrilling, extended theme-park attraction. But what a ride.

And what’s not to love about a show that not only celebrates women and features nothing but in every performance role, and which is packing in and inspiring females of every age?