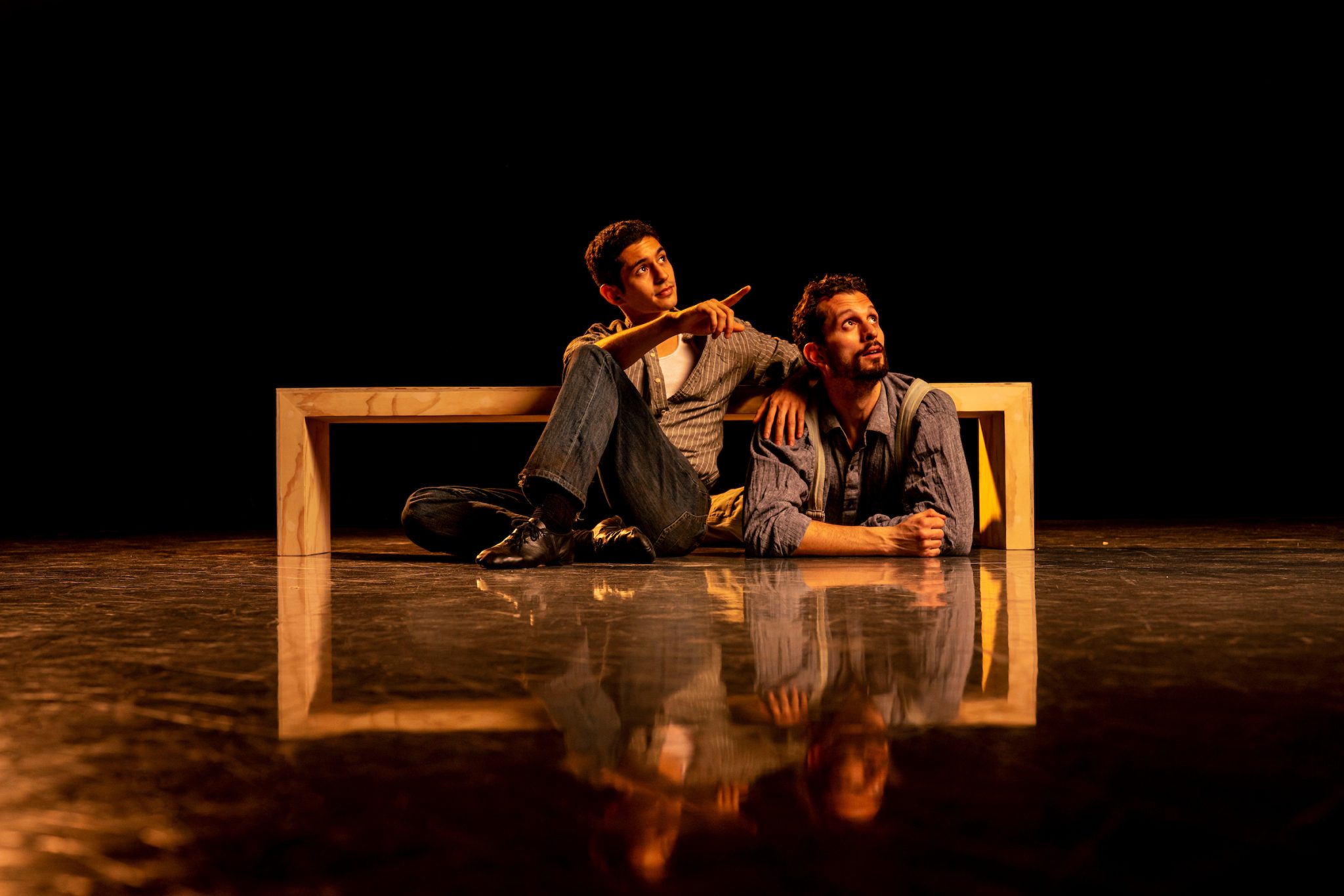 Combining old and new, abstract and narrative, European finesse and American grit, the Joffrey Ballet’s upcoming program is a study in contrasts. But these are complementary opposites, strengthening the company’s identity as a risk-taking contemporary ballet ensemble built around a core of classical technique.

Billed as the centerpiece of the 2021-2022 season, the show pairs a commissioned adaptation of John Steinbeck’s 1937 novella “Of Mice and Men” with the Joffrey premiere of 1934’s “Serenade,” the first ballet created in the United States by George Balanchine, co-founder of the New York City Ballet. The twin bill runs April 27-May 8 at the Lyric Opera House, the Joffrey’s new home in its Chicago base, after many years ensconced at the Auditorium Theatre.

Understandably, it’s the new work—created by acclaimed British choreographer Cathy Marston and set to music by prolific film composer Thomas Newman—that’s generating most of the buzz. “Of Mice and Men” is the Joffrey’s second encounter with Marston, having performed her “Jane Eyre” in 2019. But this is the first full-out collaboration between company and composer, and it has not been problem-free. Indeed, the Robert Burns verse that inspired Steinbeck’s title—“The best laid schemes o’ Mice an’ Men,/Gang aft agley” (i.e., often go amiss)—applies to this project as well. Hatched back in 2017, it is only now approaching realization, a good two years later than planned, for the usual virus-related reasons.

No one’s complaining. “Having more time isn’t a bad thing,” says Ashley Wheater, celebrating his fifteenth year as artistic director of the ensemble. “And it’s kind of beautiful that it’s finally going to happen.”

The collaboration included a two-month choreographer-character workshop on Zoom that helped define characters and solidify concepts. “I work in unusual ways,” says Marston. “I don’t just show dancers what I want, I help them find the physical vocabulary for each of the characters. It’s been a joy working with this company.”

Marston, whose parents were English teachers and who specializes in translating literary works into movement, notes that she studied “Of Mice and Men” in school, and that she has always wanted to adapt it. “I love working with stories with so much emotion,” she says. “It’s heartbreaking, yet it’s got so much warmth. And it’s lyrical; all the characters have their own melody, or so it seemed to me. I think the novel feels very resonant right now. It’s about human connection at a moment when people are feeling very isolated.”

Newman’s score—his first for a ballet—has a period flavor and is inspired by the rural California landscape where Steinbeck’s tragic tale of friendship, innocence and dreams deferred takes place. “He’s given us a beautiful score,” says Wheater. “He’s like a living [Aaron] Copland,” a reference to the composer of the iconic Wild West ballets “Rodeo” and “Billy the Kid.”

“Serenade,” set to Tchaikovsky’s “Serenade for Strings in C,” has an interesting backstory. It began as a teaching piece by the brilliant Russian émigré Balanchine, who incorporated the mishaps of rehearsal—including tardy students and even falls—into the work. The result is a ballet that plays glittering neoclassical elegance and order against the complexity and contingency of real life.

What do the two works, created almost ninety years apart, have in common?

“Both are set during the Great Depression,” says Wheater. “Both are trying to deal with a particular time: One by healing with the beauty of dance, the other by trying to create empathy for beaten-down humanity. Right now, we’re facing some of the same issues, such as huge migrations from the workplace. Steinbeck shone a light on his time, and I hope we’re able to do the same.”