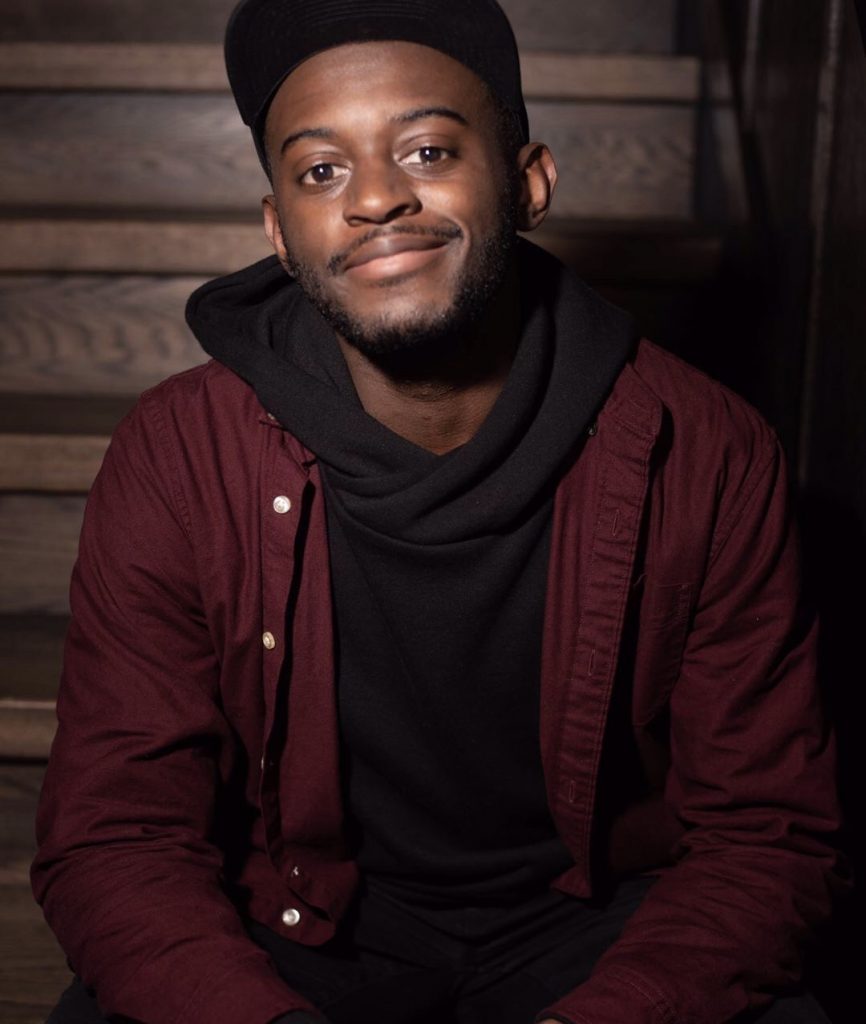 A few seconds into the second track of writer-comedian Skyler Higley’s comedy album “SALTWATER” (on all streaming platforms), it’s apparent that this is both an album of stand-up comedy and… decidedly not that at all. With expressive music—written by musician and producer Nicholas James—highlighting, elevating and intermingling with Higley’s vocals (usually from a live set but also sometimes in sketch form) the tone of the comedic bits takes on a new, trippier life.

Which is what makes the second track—“Amazing”—the ideal introduction to the work. In it, Higley recounts a time he was on acid on a train in Chicago and… Well, you’ll have to listen to hear the story, which climaxes vocally with a genuinely hilarious punchline. But as James’ music circles and builds with Higley’s words, the tone of the bit itself evolves as well. Once the punchline hits and the audience laughter follows, the upbeat music rounding out the track provides a tonal free space for the listener to relive the joke and picture it—both the literal version of events and the metaphysical—for themselves. In short, this roughly two-minute piece is both an intro and a whole journey in itself, dude.

And that’s just the beginning of this funny, engrossing and wholly unique album. I call it an album but Higley and James aren’t entirely sure that categorization fits, so far preferring to call it a mixtape. “But there’s not a comedy mixtape really,” says Higley. “I mean, what is that?” So far the duo is okay with people defaulting to “album.” “People have been naturally assigning the word ‘album’ to it just from me putting it out,” says Higley. “So I haven’t been wanting to correct people. Just whatever people want to call it is fine. I just want them to listen to it.”

Listening to “SALTWATER” is the only way to really get to the bottom of exactly how to categorize it. It’s more than a stand-up album, different than “comedy with music” and it’s definitely not just “funny songs.” So maybe comedy mixtape is the best way to refer to it. It’s got stand-up, sketch, music and vocal remixes. And for anyone familiar with Higley’s brand of humor, it’s got a number of his best bits and some of his unique backstory as well.

Higley, a current staff writer at The Onion and a former writer for Conan—“I was there for about six or seven months and then Conan announced, ‘Yeah, I’m gonna end the show this year,’”says Higley, recalling his short but gratifying tenure. “And I was like, ‘But I just got here!’ But it was a great experience. It was so satisfying that I couldn’t even be that disappointed. I still feel like I got a huge thing out of it”—is also, as his Twitter bio states succinctly, an “ex-Mormon” and “current Black.” Both of these identities pop up throughout his stand-up (and in “SALTWATER” as well).

He moved from Utah to Chicago in 2016 to pursue comedy. “I did stand-up at a handful of open mics (in Utah), but I just saw this style of what people were doing there and what was rewarded,” says Higley. “It was the same five premises the whole time. I knew well enough to know that you’re a product of your comedic environment and I had always heard on these podcasts and things that Chicago was a good city for [comedy].” His plan panned out. Just six years later, he has an extensive resume of both writing and performing comedy. In April alone, Higley headlined Sisyphus Brewing in Minneapolis and The Laughing Tap in Milwaukee.

This week Chicago audiences can catch him in two different places on the same night (not unusual for the hard-working multifaceted comic). On April 30 he’ll first appear as part of Laugh Yard at Lincoln Lodge. (“The Lincoln Lodge is great as far as crowds and the type of shows you can do there,” says Higley. “I think it’s pretty unmatched by any venue in Chicago right now.”) Then, later that night, he’s on the line-up of Chicago’s Best Stand-up at Laugh Factory Chicago, which “is a great venue for really learning how to perform and be a comedian that is able to play big and is able to get yourself across to a crowd,” he says.

Whether he’s going big, going geeky (a bit about racial slurs and geometric shapes stands out on “SALTWATER”) or going weird, Higley is always looking to take his comedy to new and hilarious places, pushing himself (and his audience) to keep the comedy world constantly evolving forward. This mixtape is just the latest iteration of his ongoing quest. When looked at in conjunction with his writing and stand-up, it’s clear that Higley is from a comedy future we’ll be lucky to inhabit.