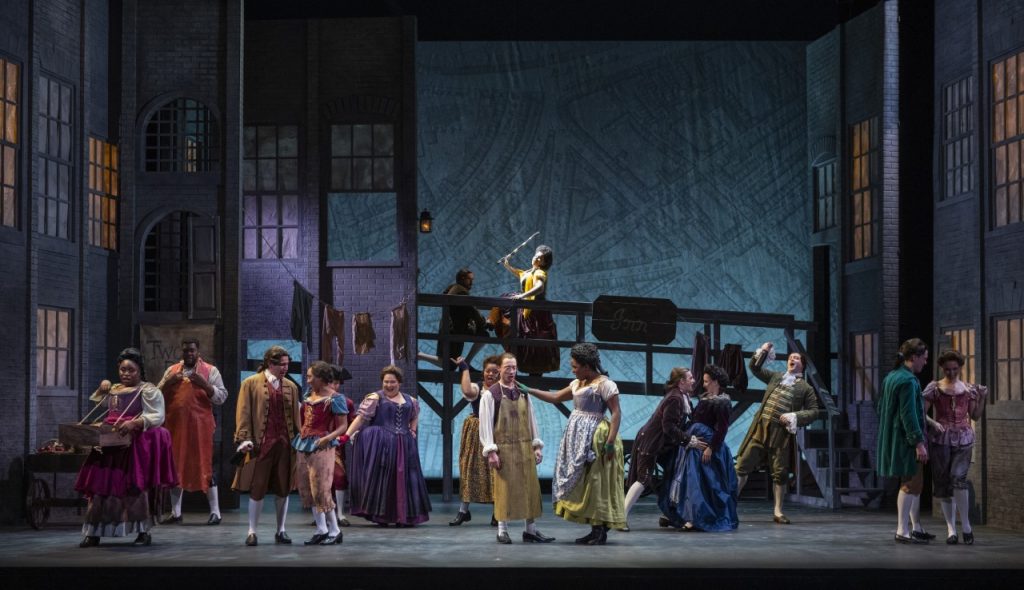 It’s an enormous undertaking to create and curate a new opera. Kudos to Chicago Opera Theater for recognizing and meeting the need with Saturday’s world premiere of “Quamino’s Map.”

It would be great to report that the ninety-minute one-act opera was able to adequately convey the remarkable and largely-forgotten chapter of history it attempts to portray: Blacks fighting in the Revolutionary War for the British in exchange for their freedom and passage to London and a pension. 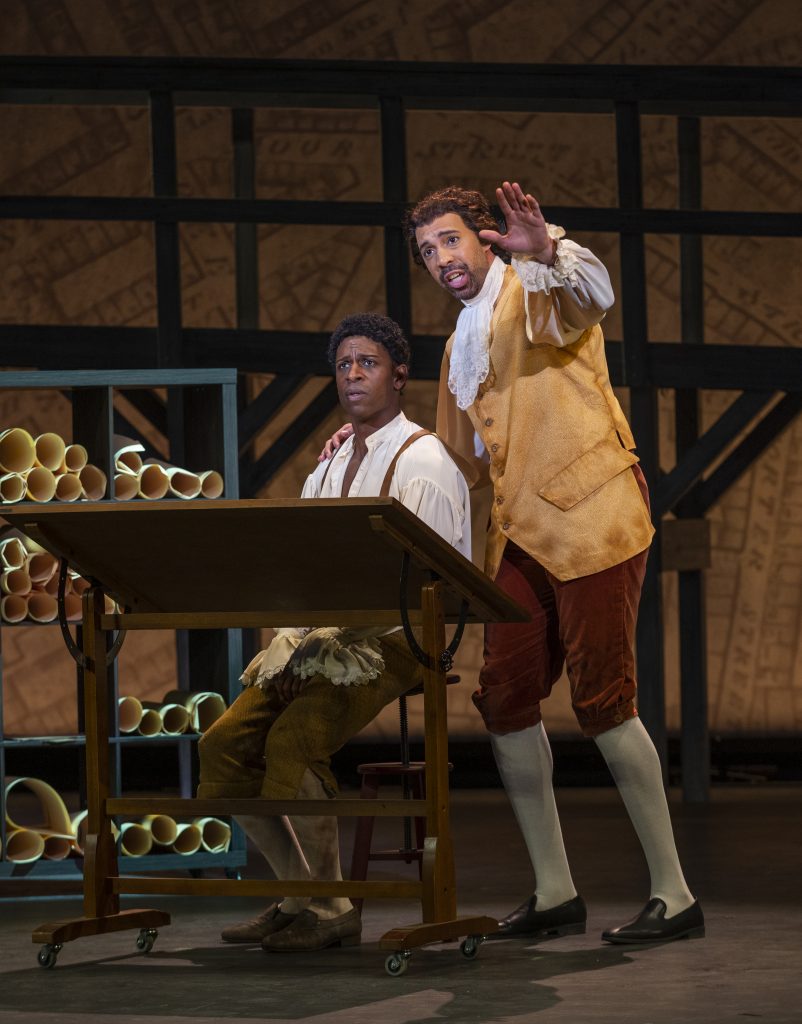 What needed to be an epic story is treated like a short story. The narrative is scattered, the libretto wordy and syllabically awkward for singing. Things happen fast and seemingly without reason or plausibility. What should be a remarkable journey of Juba Freeman (tenor Curtis Bannister) across two continents from slavery to London society that has no place for him, to falling in love, to begging for food, to nearly getting hanged, et al, only to find his way through a friend (bass-baritone Damien Getter, the Quamino of the title) helping him realize his new “master” needs to be that of doing what he loves, comes off with the sappiness of an old-fashioned after-school special.

Imagine the limitless possibilities of a story where your country is fighting for freedom but the oppressors offer you your own freedom by joining them! And that is just what we are left to do: imagine them. None of those heart-wrenching ambiguities are dealt with; there is little sense of what characters are feeling as they seem never to get off the ground.

Would that the music might help but there is little connection between the well-crafted sound worlds and what the characters are experiencing. The music is mostly jagged, angular and recitative-driven. The most dramatic moment in the piece is not reflected in the music. The work only seems to be an opera in that it is through-composed and has trained voices performing it.

The remarkable artistic standards that elevated many recent Chicago Opera Theater productions were unfortunately not apparent. The African American cast was strong but many were over-singing. Diction was unclear. Chorus numbers were not well-blended and not well-balanced with the orchestra. The orchestra was coarse.

On paper, this all looked wonderful, so the likely disconnect was not envisioning a large-enough canvas to tell this story nor a sufficient gestation period for a work of this magnitude. Perhaps this was a map that would be better served to be revealed one corner at a time.