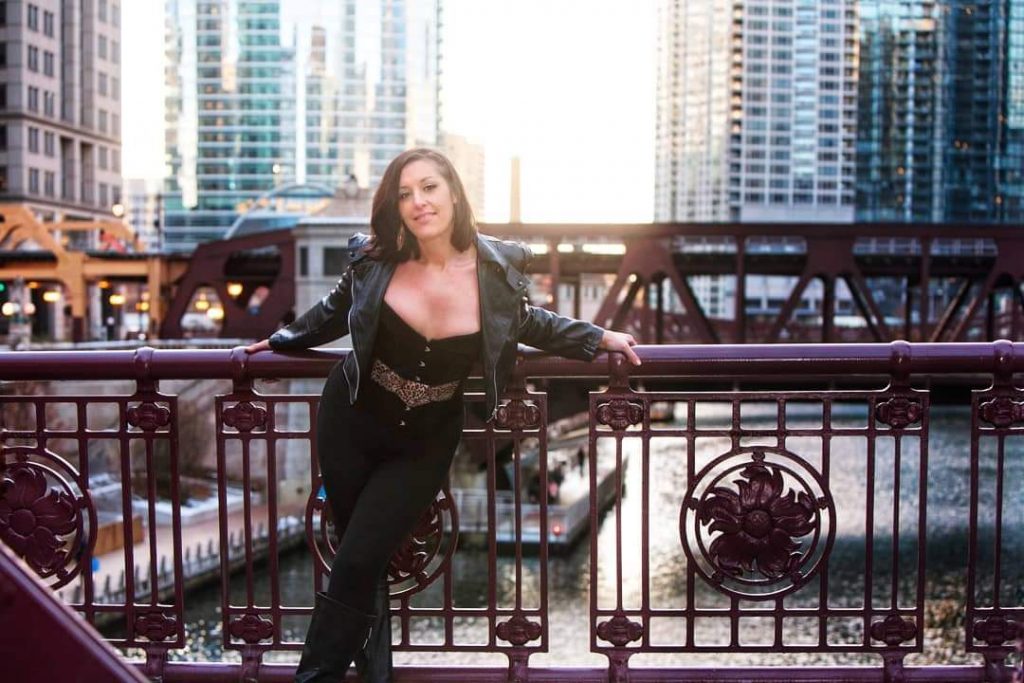 “I guess there are other jobs like this, but with comedy you’re supposed to have your place under your name and I just haven’t felt right about what that place is for a while,” says on-the-go comedian Reena Calm over the phone from Lubbock, Texas in late April, taking a break from prepping a new road vehicle for her next round of road shows after her previous car was totaled by a reckless driver in Austin. This next round includes a headlining turn at Chicago comedy club Zanies on May 15. “But people will still use Chicago. I love Chicago, I started there. I think it’s one of the best comedy cities in the world!”

It’s just not the city she’s based out of anymore, though. What city would that be? It’s Calm-plicated…

“I wish I knew more about where I wanted to live,” says Calm with a laugh. “You’d think I’d have a better idea because I’ve traveled so much.” And travel she has. Calm has been a nonstop road comic since 2019 (with a bump during the pandemic that shut live comedy down for a while—though she did memorably perform in O’Fallon, Missouri in July 2020… in a hazmat suit). “I started going on the road for gigs and it all happened really organically where I just started making these loops to get out of the city,” she says. “The loops that I was driving started getting bigger and bigger. And in 2018 I booked myself the full summer on the road.”

That was the start of a new phase for her comedy career and since then, she’s performed in forty-eight states (she had checked Alaska off her list a few weeks before) and only needs gigs in Washington and Hawaii to complete the full United States of Calm-erica tour. And though she does live out of her car, she’s quick to clarify that it’s not where she sleeps. “I think a lot of people don’t understand what my lifestyle is actually like. I’m not often sleeping in my car,” she says. “I’m usually staying with friends.”

Calm started performing stand-up comedy in Chicago in 2011 when she co-created the Three Dead Moose open mic at Will’s Northwoods Inn (a mic that she poured a ton of love and effort into and that’s still going strong with dozens of comics hitting the microphone every Sunday over a decade later) and currently self-identifies as “the only woman in America who lives on the road as a full-time stand-up comedian.”

A dedicated punster (“I’m definitely addicted to puns, it’s like a mental disorder,” says Calm), Calm’s comedy stylings are on full display in her onstage wordplay and her legitimately hilarious self-published book of puns, “Once a Pun a Time… Legend of a Sighs Queen” (available on Amazon), that’s filled with page after page of “pun-liners” like “I have a hard time reading guys. I think I’m dickslexic.” and “A lot of comedians have talk-sick personalities.”

But she’s not just a one-line-trick pony. “I’m trying to morph artistically from being somebody that’s dependent on having quick punchlines to being somebody that’s able to get into topics that I want to go into a little bit more thoroughly,” she says. And her forthcoming debut album “Calmedy” (recorded in January at Planet of the Tapes in Louisville, Kentucky and releasing on Helium Comedy Records in June), illustrates this new style. “There’s plenty of punchlines and one-liners spread throughout, but I had this weird idea in mind that I wanted to make the album work around and it’s kind of my first attempt doing that, at trying to direct my focus toward some stuff about the Constitution and traveling the country that all came to me during COVID. So this one’s definitely more focused on me rather than just a showcase of my favorite jokes.”

The upcoming Zanies show will be an extension of her new style, with mostly new material she’s developed on the road since recording the album. “I am excited to be at Zanies,” says Calm. “I don’t want to do anything to diminish Laugh Factory or The Comedy Bar, but this one feels like my Chicago comedy Everest.”

Come climb this comedy mountain with a true road warrior. “I’m really happy to bring my new hour back to Chicago,” she says. “I’m just glad I have a car to get up there now.”