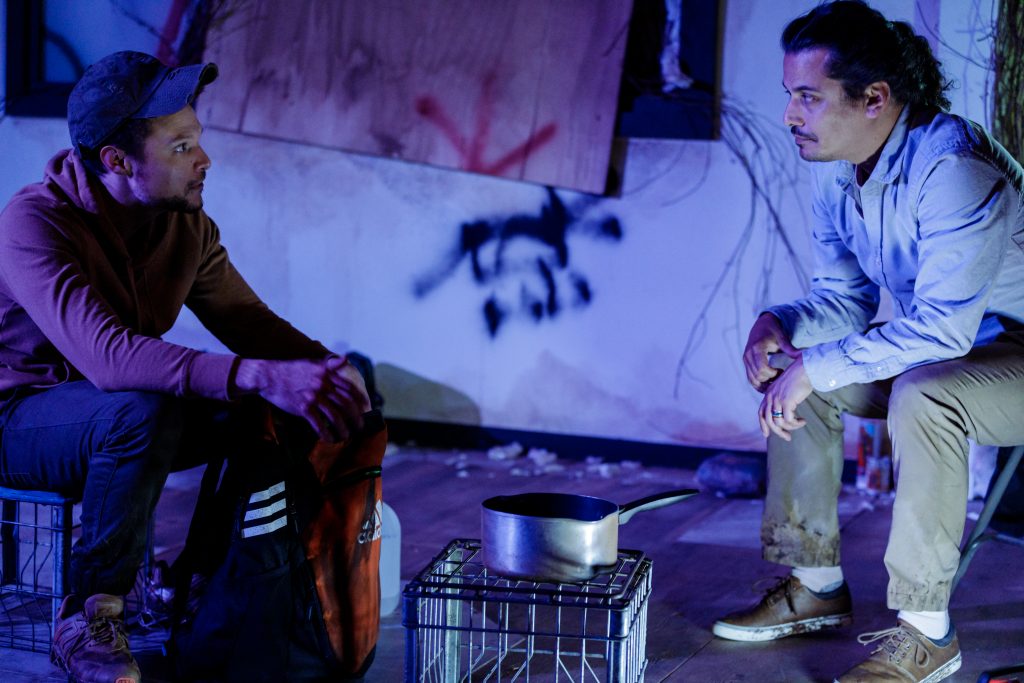 Two Mexican American brothers who’ve grown up separately in the United States are together on the run, hoping  to make it across the border to Mexico and escape the unfriendly confines that our country has become in a not-too-distant dystopian future. Miguel (Esteban Andres Cruz) is the elder, a soft-spoken and soft-living academic married to a white man who just wants to go home to his husband. His younger brother, Julio (Roberto Jay) is a physical live wire, looking for a revolution and ready to explode. And things do go off when they encounter a third person, the mysterious American named Shepherd (Chris Sheard), who says he’s an American military deserter attempting to reach his Mexican wife and their kids, who’ve already crossed. Is his offer to help a genuine gesture or a trap? 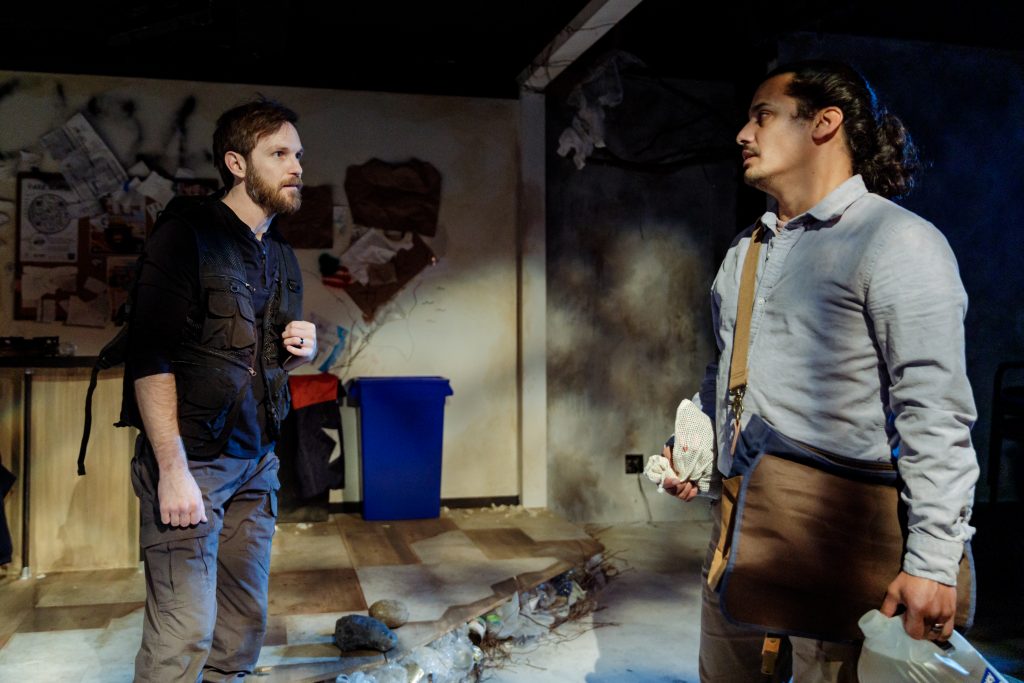 A Red Orchid Theatre’s world-premiere production of playwright Exal Iraheta’s “Last Hermanos” mines contemporary concerns about immigration policy and American authoritarianism, but is part of a late-eighties/early-nineties Chicago tradition of visceral, gritty, big, masculine theater. It goes back even further than that—the brothers spar like Cain and Abel, and Shepherd is a serpent in the garden. It’s all primal themes of brotherhood and impending betrayal wrought with minimal exposition and powerful acting.

The sense of danger that hangs over the show seeps through the audience, augmented, I’m sure, by the gunshot warning and the presence of prop weapons, which exude newfound menace since the shooting death on the set of “Rust” last fall in New Mexico. Director Ismael Lara, Jr. keeps the pace of this hundred-minute show brisk bordering on frantic, a sensibility brought to a head in the tiny confines of A Red Orchid, where cast members sometimes stand within inches of audience members in the front row. Characters and spectators are captive together, but only the latter can see the exit.