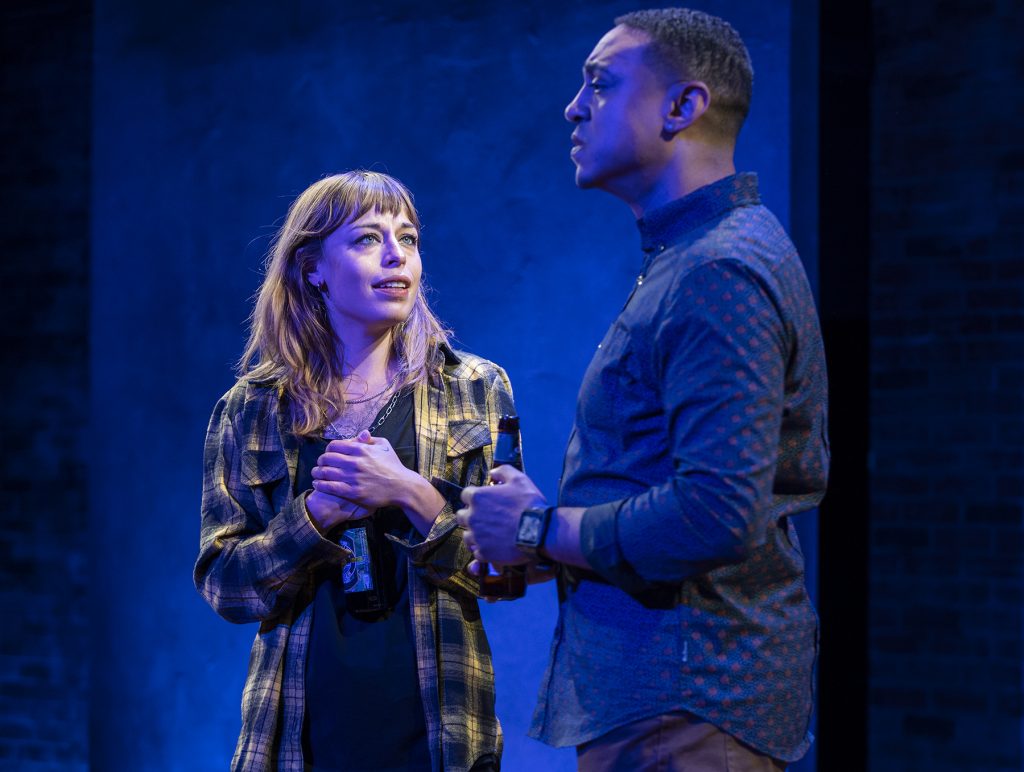 Cassidy Slaughter-Mason and Christopher Wayland in “The Luckiest”/Photo: Michael Brosilow

The opening of playwright Melissa Ross’ emotionally potent “The Luckiest” is set near the end of the dramatic arc, and it offers the work’s only overt mystery. One that is quickly solved, to boot. Peter, the disarming, amiable friend, played with grace and humor by Christopher Wayland, unloads bags of party snacks he’s just purchased at Trader Joe’s. Peter masks his anxiety about the upcoming gathering with light banter and by gently mocking the other guests who are coming. Next to him, his dearest friend Lissette, who is stricken with ALS and all but immobilized in a wheelchair, does her best to smile and nod, affirming his jokes and choice of chips. Lots and lots of chips. Peter has overbought them in a feeble effort to have the volume of snacks match the magnitude of the occasion. The party is Lissette’s goodbye before her chosen time of death. Among the snacks Peter unveils are “Oven Baked Cheese Bites with Black Summer Truffle.” That treat, Peter knows, is as full of false promise as the forced good cheer Lissette has insisted on for the coming deathfest. Lissette is subdued in the opening scene, but as the play unfolds, a series of flashbacks—not all in order—reveals the verve, intelligence and love that filled her life and her relationship with Peter, her gay and most-loving friend.

As the volatile Lissette, Cassidy Slaughter-Mason offers a performance that is as compelling and committed as it is relatable. Lissette is the kind of familiar hell-on-wheels friend who might be too intense, probing and challenging to find a romantic partner, but who makes life for others interesting or better, provided there is just the right distance. The three-person play is rounded out with another strong, nuanced performance by Tara Mallen as Lissette’s long-suffering mother, Cheryl, who is as opinionated and bossy as her daughter. Cheryl struggles to get Lissette to make pragmatic compromises with the disease. Lissette, however, insists on holding onto every bit of autonomy she can summon, even if that means falling down and pulling herself up by her walker. And when Lissette can no longer muster any autonomy, she commands that Pete and Cheryl join her effort to end her suffering on her terms. Lissette breaks out of her infirmity in a long dazzling soliloquy. She shares her thoughts on her physical degeneration. Her reflections delved into how the disease highlights to her what it means to live inside a body.  She has come to realize, for instance,  that muscles—all of which are serially failing her—govern everything about her, including her thoughts and sense of self. 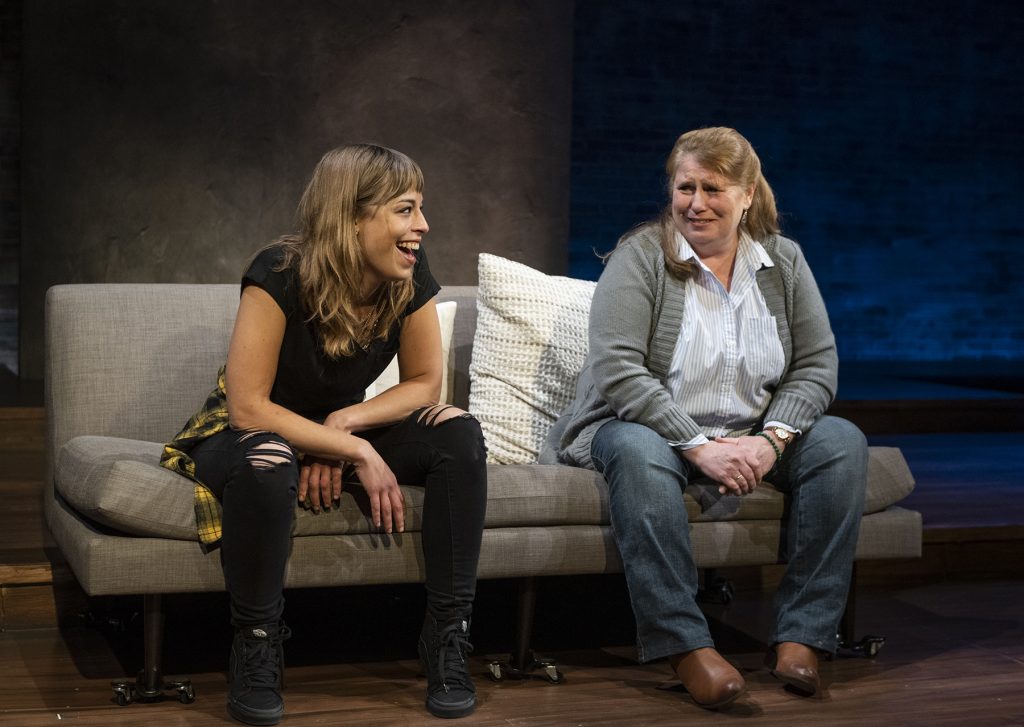 Cassidy Slaughter-Mason and Tara Mallen in “The Luckiest”/Photo: Michael Brosilow

Most of the emotional intensity of the play belongs to the two women, whose humor crackles even through the dimmest times. Ultimately, however, some of the most wrenching moments are between the friends. The magic of “The Luckiest,” directed sensitively and with an eye for fine detail by Cody Estle, is that even though the first minutes of play foreshadow how the drama will unfold, it remains fully compelling, engrossing until the final, inevitable blackout.