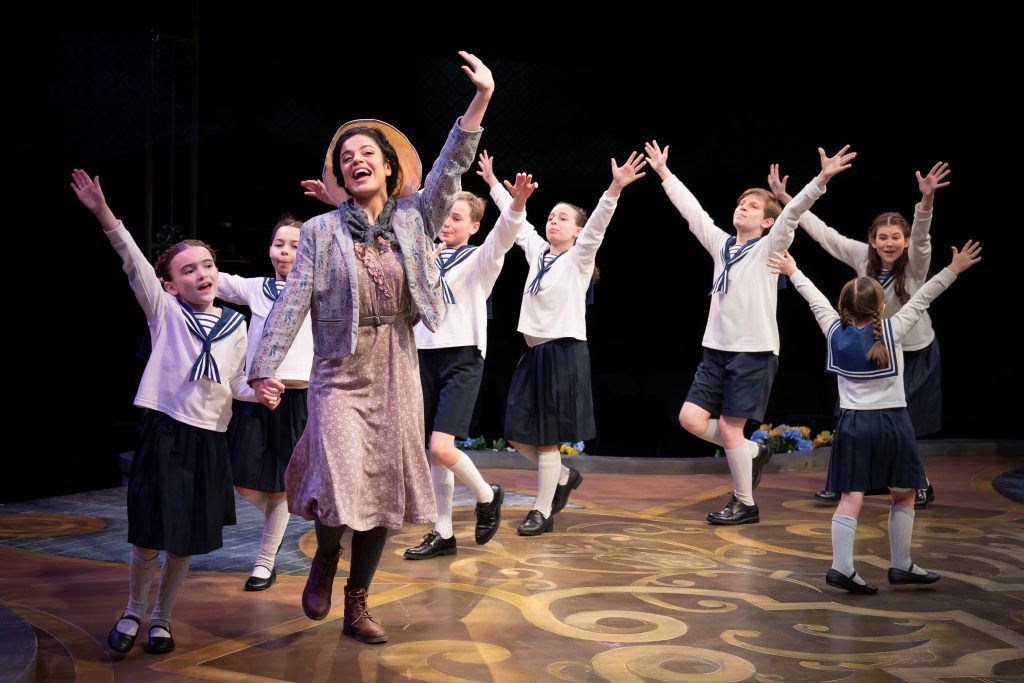 By the time Rodgers and Hammerstein began work on 1959’s “The Sound of Music”—their final collaboration—Oscar Hammerstein II was too ill to do the book. That fell to Howard Lindsay and Russell Crouse although Hammerstein still wrote the lyrics to the songs. Even that was largely an afterthought as the original concept was to feature performance repertoire of the von Trapp Family Singers with only an added song or two by Rodgers and Hammerstein. The entire score became original R&H songs, conceived as a mid-career vehicle for co-producer Richard Holliday’s wife Mary Martin, who had starred in the original R&H “South Pacific” a decade earlier.

Unlike earlier Rodgers and Hammerstein shows where the music and drama were integrated as the lyricist was also the playwright, “The Sound of Music” as a play exists in two different worlds: the drama and its songs. The film version rethought all of that and cut songs, re-ordered others, repeated some: Richard Rodgers was even persuaded to write two new songs for the film with his own lyrics.

Because the movie remains better known, directors doing the play often defer to the film rather than go back to the original play. Kudos to TimeLine Theatre associate artistic director Nick Bowling for restoring “The Sound of Music” to its intended and elegant simplicity at Marriott Theatre.

“The Sound of Music” is not “Cabaret.” Yes, the Nazis in this show are your neighbors, your friends, your household staff, your boyfriend. They will even “Heil” in a pinch, although this is the original play which never utters the name of the Führer nor ever shows a swastika. (Nazi armbands are solid red when uniformed Nazis are finally shown.) The discussions that occur along the way just before the 1938 German occupation of Austria could be right out of 2022 Ukraine before the Russian invasion. But that is part of the backdrop for the story, not its center.

“The Sound of Music” is, above all, a coming-of-age story, something that can be difficult to remember when its original leading lady was forty-five, or when its film star had been already cinematically established as the perfect-in-every-way nanny. Making her Marriott debut, Addie Morales’ Maria is young, vibrant and naive. She is almost another kid in the house as indeed, was true of the real Maria. And Morales can sing. Erik Hellman—also making his Marriott debut as Captain von Trapp—is a more gentle, restrained Captain, not as stern as usually performed. This is a person who is in mourning over his late wife and is searching for meaning via going through the motions.

And there are the children, all seven of them, who sing and dance their way through this show. They are all superb and allowed to be authentic. In the original play, it is Brigitta (Omi Lichtenstein in this production) who lets Maria know she is falling in love with their father.

The nuns at the Abbey are not caricatures but seem genuinely concerned about Maria, with the Mother Abbess (Daniella Dalli) being properly maternal even if you wish there were more heft to her voice when she advises Maria to “Climb Ev’ry Mountain.”