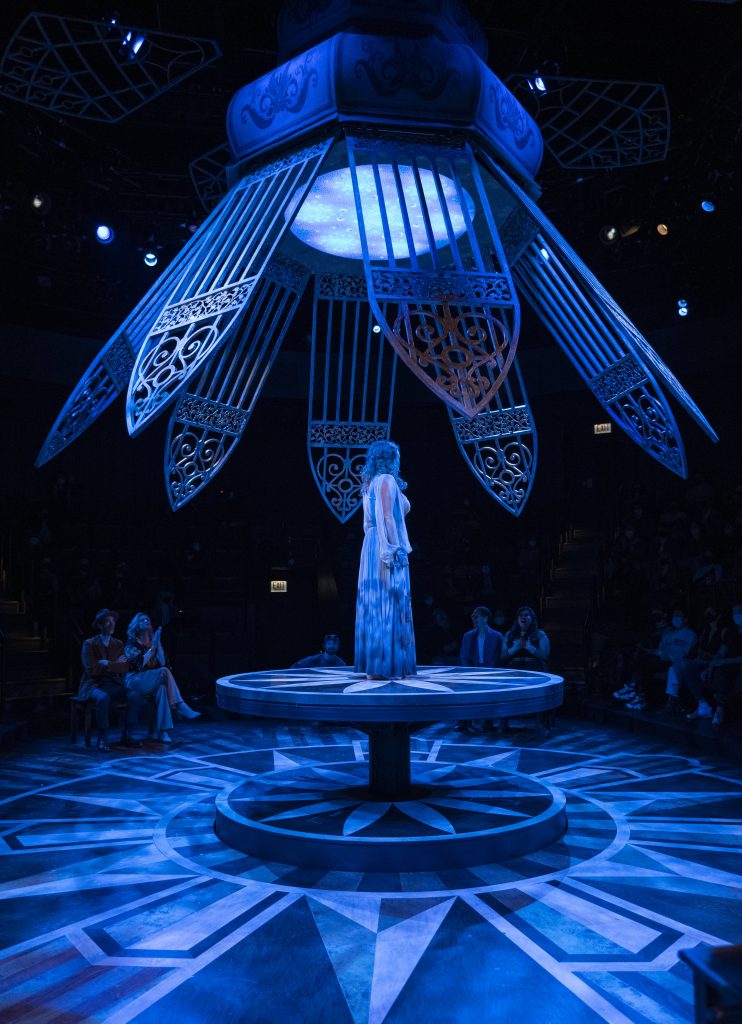 The Chekhov classic, the earliest of the great writer’s “big” plays, has been newly translated and adapted by Steppenwolf ensemble stalwart Yasen Peyankov. It premieres in Steppenwolf’s Ensemble Theater, a new, state-of-the-art theater-in-the-round that the company will no doubt have many wonderful productions, but in which the troupe, which suffered a few minor hesitancies and stumbles opening night, may still be finding its bearings. Happily, Peyankov’s take on “The Seagull,” which is both ambitious and a revelation, more than makes up for new-home and new-work glitches. Peyankov has been engaged in Chekhov productions in Chicago since at least the year 2001, when he appeared in Court Theatre’s “The Piano,” a dramatic interpretation of the writer’s short stories. In that work, and in Peyankov’s many subsequent turns at Steppenwolf, he has always had an uncanny gift from wringing a wry tone and humor out of tragic, cruel and world-wearying circumstance. That may make him an ideal interpreter of Chekhov, who always claimed that his plays, often performed in translation as if they were glum musings from a pit of despair, were comedies and farces. Chekhov is said to have laughed out loud when reading them.

Peyankov’s translation and trimming of the script plays up the comedy, letting it flow from the Chekhovian checklist of dreadful character traits: existential doubt, alienation, foiled idealism, vanity, fear of death, longing for love and acceptance and overripe youthful emotion. That checklist, of course, crosses over that of characters in classic American screwball comedies, such as those of George S. Kaufman, whose work Peyankov has also plied at Steppenwolf. There is also the insane madcap plot with plays-within-plays, writers writing about writing, mismatched love interests and more. Chekhov’s comedy is the crueler screwball, though. 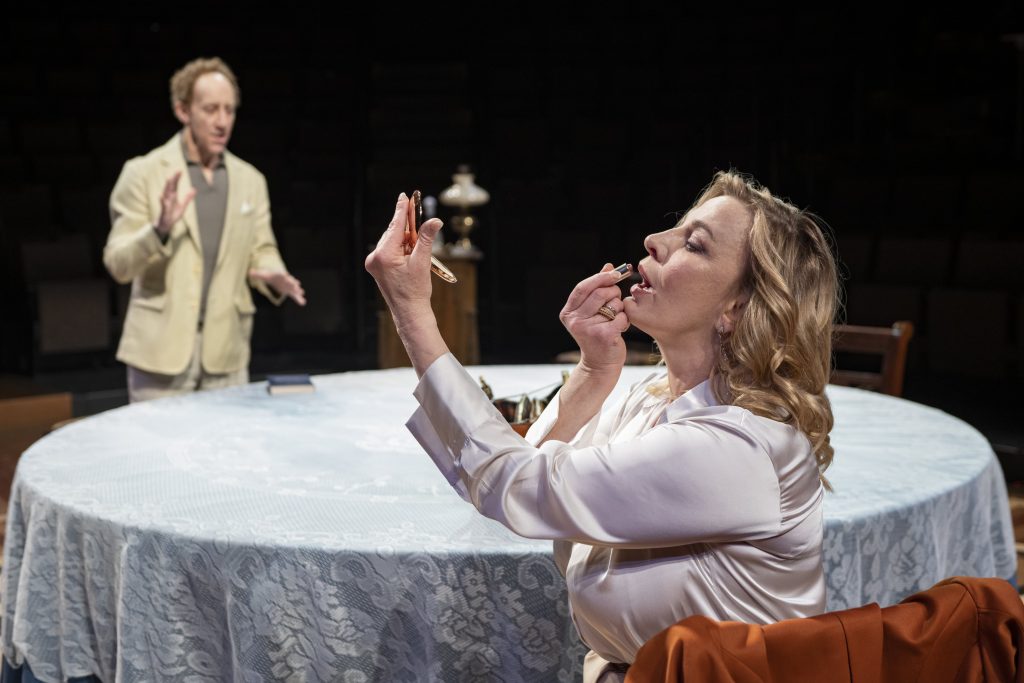 Joey Slotnick and Lusia Strus in “The Seagull”/Photo: Michael Brosilow

There is the bitter scene in “The Seagull” when Irina Arkadina, the vain and stingy aging, widening, stage star holding onto what glamor she has left, berates her son, Konstantin Treplev, an aspiring writer. After a spat over Irina’s fawning over her lover, a facile writer of short stories based on pilfered plots, Konstantin tells his mother to go back “to your stupid theater and act in those pathetic mediocre plays.” The mother rejoins with ten times the force. “Get out of my sight!” she screams, “You are not even capable of writing a pathetic little vaudeville. Provincial trash! Leech!..Failure! You are worthless! You are nothing! Nothing!” It’s bone-chilling. The adult son cries and the mother reverts to baby talk and coaxes him onto her ample lap, her manipulatory machinations and vanity of full comic display. It gets a laugh, as it should.

The new translation also makes the most of Chekhov’s trademark disjointed dialogue in which characters listen to each other, even to their painful or funny discursions, and then answer as if they were in another conversation altogether. Peyankov notes that he tried to adapt to “today’s way of speaking,” but may have come closer to the cadences in Steppenwolf’s way of stagecraft honed on productions of Mamet, Shepard, Letts and others. It works, though one might wonder how the adaptation might run if the comedy in the script were heightened even more in the directing of the play. Then again, there’s the tragic ending to think about, so perhaps the company has it just right.