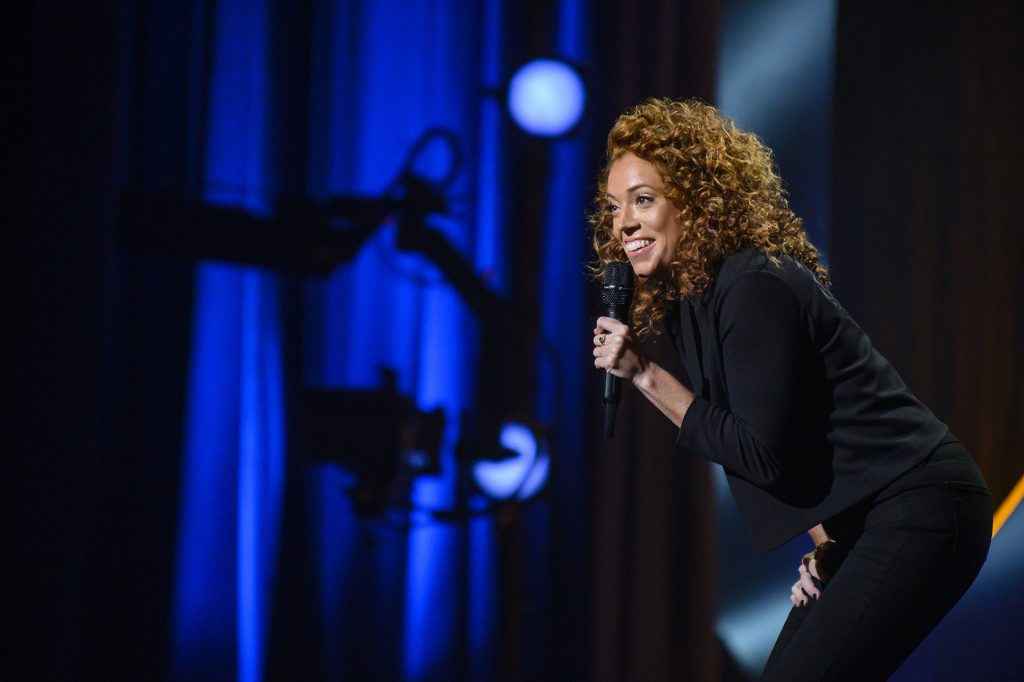 “I’m really excited to be in Chicago again,” says comedian Michelle Wolf over the phone from Denver. “I love that town. It’s a good comedy town and I’m excited to see how people react to my material.”

With two specials (2017’s “Nice Lady” and 2019’s “Joke Show”), a ten-episode stint as a talk-show host (2018’s “The Break with Michelle Wolf”) and a truly epic White House Correspondents’ Dinner monologue (if you haven’t seen it, stop reading and watch it immediately)—among a long list of other impressive credits—Wolf is definitely a comedian who is used to people reacting to her material. And for her four upcoming Chicago shows at The Den Theatre (May 26-28), she’s got plenty of new material for audiences to react to.

“I’ve been working on this stuff since my last special, so I actually have about two-and-a-half hours of material,” says Wolf. “So the shows vary depending on what I want to do that night.” She’s also still adding bits to the mix. “This is the longest I’ve ever gone without doing a special, so I just have an overabundance of material,” she says. “Which is not a bad problem to have!”

In Chicago she’ll be fine-tuning how all the material best fits together and setting her sights on splitting it all into two separate (but solid) hours. “Honestly I’d like to tape two specials,” she says. She was ready to film her third special just before the pandemic hit. “Obviously that slowed everything down and since then I’ve been writing material,” she says. “And I was able to perform a lot during the pandemic because I was out with Chappelle in Ohio at the summer camp.”

There’s that, too. Unlike most comedians, who found themselves taking a hiatus from stand-up, or taking to Zoom for a digital simulacrum of stand-up, Wolf was performing live when most of the country’s comedy clubs were shut down. “To be able to perform at all was really wonderful,” she says. “You know it wasn’t… it was outside and maybe not necessarily the best set-up for stand-up, but maybe in the moment it felt like the best set-up for stand-up. Any way you could do stand-up felt amazing.”

She’s also excited to take to the stage at The Den, a venue she’ll be playing for the first time (her most recent visit to Chicago was in 2019 when she played Thalia Hall). “It looks amazing,” she says of the Den’s Heath Mainstage. “I always get excited when I play places I’ve never played before.”

Aside from stand-up, Wolf’s other main interest is running. And in case you didn’t know, Chicago’s a pretty good place for that, too. “I love to run along the Lake,” she says. “Running in Chicago, it’s one of my favorite places to run. It’s just beautiful the whole time, so I’m really looking forward to it.”

And we’re looking forward to her live show. Don’t miss the chance to see this comedy great. Run to buy tickets.