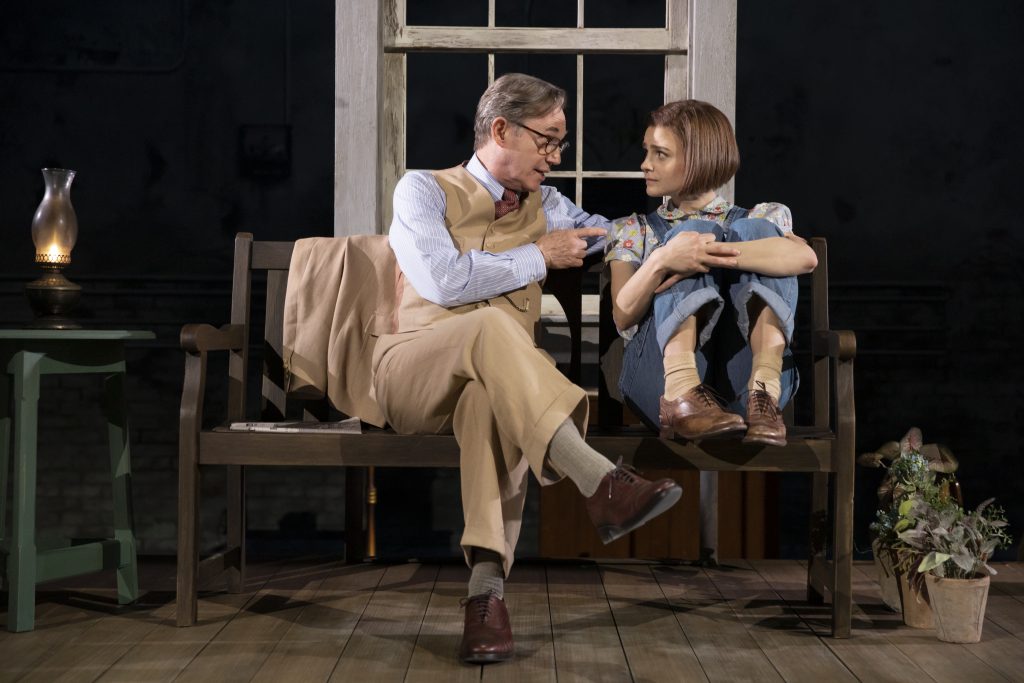 “To Kill a Mockingbird” has been an impressively durable cultural touchstone over the last seventy years. First, in 1960, as the famous book by Harper Lee that has sold forty million copies. Then, in 1962, as a hit movie with a screenplay by Horton Foote and with Gregory Peck in an Academy Award-winning role that inspired generations of future lawyers. And then as a couple of plays. The first, from 1990, is a favorite of schools and regional theaters. The second, from 2018, is a global phenomenon, adapted by Aaron Sorkin and the highest-grossing play in the history of Broadway. “To Kill a Mockingbird” is even a small festival, held regularly in Harper Lee’s hometown of Monroeville, Alabama. Its power to move readers and audiences has outlasted changes in political and cultural tides. It’s outlasted a slew of criticism—including a strident attack by Toni Morrison—that the story about a white lawyer’s vigorous defense of a young Black man wrongly accused of rape trades both on the myth of the “white savior” and that of Black men as rapists—even though the accused in the story is innocent. And that the lionizing of the white lawyer hero, “To Kill a Mockingbird” makes the Black townspeople who suffer the racism all but invisible.

The Sorkin version now filling Chicago’s big Nederlander Theatre is a well-constructed production that will have a relatively brief run before heading to other markets across the United States. It suffers from some of the practical pitfalls of bus-and-truck shows. The set moves magically from country house to court house but it seems undersized for the Nederlander’s giant stage. At the same time, the cast seems overstuffed on the too small set. Many of the actors are just silent townspeople or courtroom gawkers. (It’s plausible that all those supernumeraries are necessary as a ready supply of understudies in the case of COVID-induced absences.) Though fully-mic’d, many of the actors, perhaps in response to the cavernous hall, shout all their lines anyway. Even so, “To Kill a Mockingbird” is too durable for any of that to matter much. Plus, this production’s stellar leads pull one in.

Especially strong is Melanie Moore, an adult who is quickly convincing as the twelve-year-old girl Scout. Moore’s Scout is the unifying narrator and character in the play. As Scout’s father, Atticus Finch, the stalwart defense attorney, Richard Thomas (John-Boy from “The Waltons”) is a stony pillar of rectitude. What warmth he conveys takes the form of dutiful care, folksy aphorisms and an unwavering commitment to propriety. It’d be hard to match the warm molasses tone or quiet physical grace of Gregory Peck’s empathetic film portrayal, so Thomas goes in the other direction. It pays off late in the play when he stirs himself into an implacable courtroom defense—or is it just courtroom theatrics?—of the wrongly accused.

Playwright Sorkin retains the earlier play’s many sordid elements and adds a couple, too. As always with “Mockingbird,” racism is front and center. But, hold onto your Panama hat. There’s also a father who rapes his daughter, the ostracization of a mentally disabled man, the murder by neglect of a mixed-race child, police killings, Klan violence, antisemitism and mistreatment by a mother and father of their gay son (based on Lee’s childhood friendship with Truman Capote). And at the center of it all stands Atticus Finch. Finch works to defend the Black Tom Robinson against the rape charge only when pushed by a local judge. That judge is sick at the fact that Black defendants never have the opportunity to have their cases tried before juries, and instead are railroaded into accepting inevitable jail terms or executions. It’s easy to overlook the fact of Finch’s reluctance or that it was another man in town who was most repulsed by the judicial mafia of sheriffs, prosecutors and other judges who colluded against real justice, and profited from its miscarriage. We shouldn’t. Finch is miffed when justice is thwarted, but he steadfastly refuses to acknowledge evil in the world, insisting to his kids that race-haters and killers deserve empathy and understanding. Why? Because they lost a job or cannot get over the Civil War. One begins to understand Morrison’s critique that the story is for white audiences and that it goes easy on them. Finch, however, has a foil, his son Jem, played by Justin Mark, another adult ably in a child’s role. The boy urges his father to get madder, albeit unsuccessfully.

The baddies in the show are bad, indeed. There’s the racist, incestuous Klansman, Bob Ewell, played with cuss in the blood by Joey Collins, reveling in the role of a swaggering, drunken, mustachioed torturer who’s so rotten he humanizes the other Klansmen by comparison. Ewell’s daughter, the equally venomous Mayella, is played as mean and permanently disheveled by Arianna Gayle Stucki, who has a speech that might suit white extremists stirred by “replacement theory.” And, in a surprise, there is Mary Badham in the role of old Mrs. Henry Dubose, a character so mean and racist she seems to have been born without any executive function. Badham played Scout in the 1962 film when she was twelve and has spent her lifetime since taking “To Kill a Mockingbird” to audiences and addressing racism.

Sorkin’s recent revisions to the play draw obvious parallels to recent events. Some of the characters’ language mirrors the language of today’s alt-right. This is a production that delivers the source work without ambiguity. It’s a strange choice for Sorkin, who is known for the complexity of his characters. It’s a stranger choice given that today’s race- and ethnic-related conflicts put the original work on more ambiguous footing. If the ambiguities were allowed to unfold, the play might shed still more light on the conflicts of our time. True, this is a story about the great injustices inflicted on Black Americans, but it is almost entirely a story of white people’s lives in relation to it. In fairness, this is Lee’s own barely fictionalized story and writers are entitled to their stories as they know them. Sorkin tried to fix the troublesome bits, even to sanitize the script to fit our moment. It doesn’t really work. But if it is to be a story for our time it’s incomplete without the ambiguities that have percolated up over the years. The ripped-from-the-headlines stuff panders to the moment rather than wrestling with it.

Nor is it complete without fuller characterization of and empathy for the Black victims.

No doubt, “To Kill a Mockingbird” still moves audiences. It is strong stuff. On opening night, audience members were audibly crying throughout the second act. The show received a prolonged standing ovation. For all the source material’s flaws, it still calls out some of our better angels.

“To Kill a Mockingbird,” Broadway in Chicago at the James M. Nederlander Theater, 24 West Randolph, broadwayinchicago.com. Through May 29.