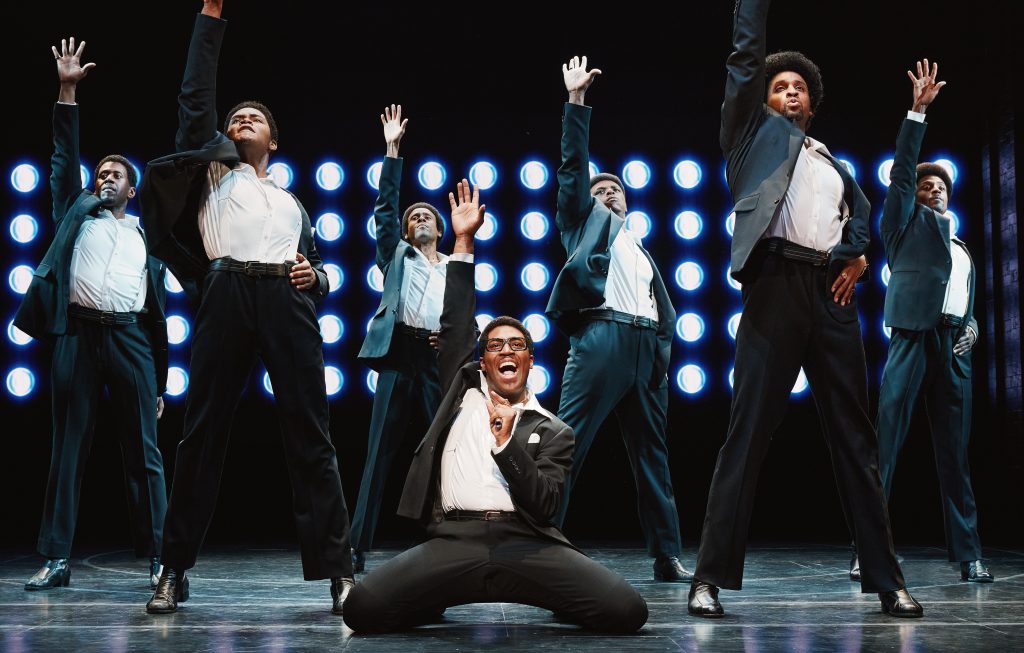 “Get ready! Get Ready!” It took about half a note at the top of “Ain’t Too Proud” for the audience to show its unalloyed affection when the stunningly versatile and talented cast first appeared as The Temptations. This supersonic super-sonic musical journey through the lives and hits catalog of the Motown mega-group is riveting fun. Consider this: When I arrived at my seats on opening night, an older couple was planted in them. When I suggested they look at their tickets, the two started screaming at each other in—ahem—a most indelicate way. They stomped to the aisle over, scolding their new neighbors, too. But once the music started, the couple and whole row were joyously singing and clapping. Thank you, Motown sound! Thank you more to the winning performers, who work as hard as any stage cast can and deliver with every note in more than thirty songs. The singing, dancing and rhythms are a marvel. I don’t think I’ve been more thrilled by syncopated claps in songs. Temptations’ tunes have lots of them, and the show delivers them with force and precision. It’s one of many small details that add up.

By now, audiences heading to a musical about a modern music group likely anticipate what’s on offer. There’s the story told at ditty depth. It trades on the trials of fame such as the inevitable broken professional and love relationships, the wiles of slick producers, the clash between the formula for commercial success and the artists’ more daring creative yearnings, battles with substance abuse, obligatory references to the social upheavals in the world at large, the cruelty of discrimination and the triumphs of chart-topping success. “Ain’t Too Proud” has all that, but it is also a show that has the formula mastered. Like a world-class theme park where one knows the ups and downs of the thrill rides, and knows, too, how well they’re engineered, this well-made show works even though the gears and tracks ahead are always in view. This version of that machine has more moving pieces than usual. Structurally, the show is like a cross between a caper flick—and the assembly of the crack crew—and an Agatha Christie novel where the characters get serially eliminated. The core group is bigger than one might expect because The Temptations moved people out and in the ensemble with such regularity. 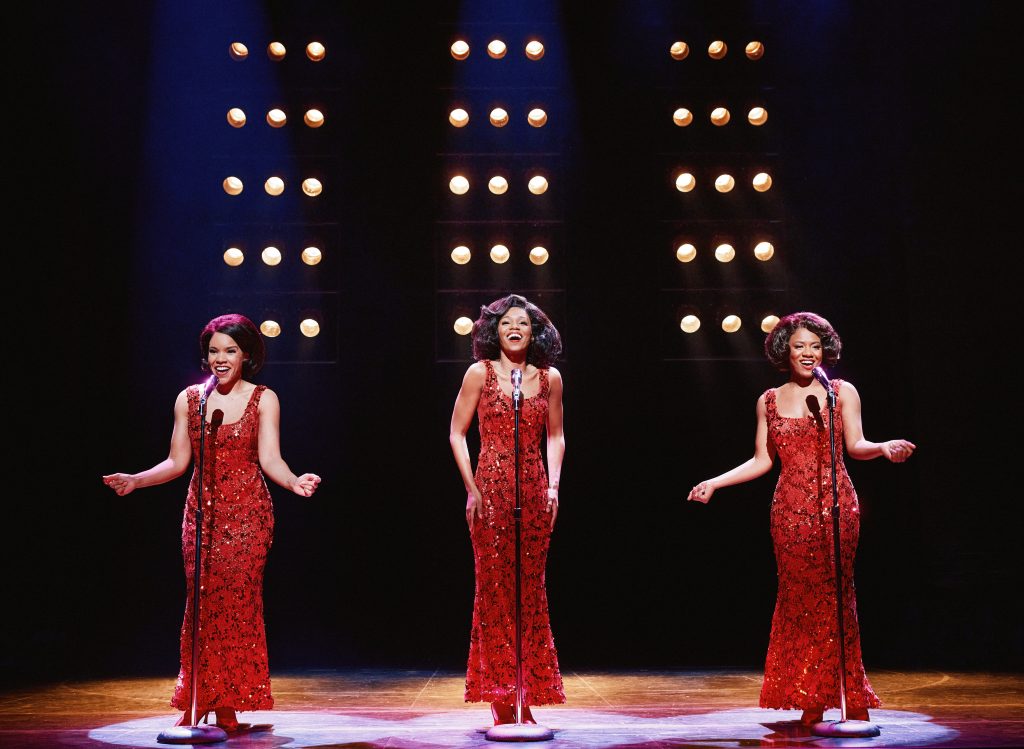 While the whole cast sings and dances superbly, the members who are the core group that make up the first iterations of The Temptations bring an impressive emotional depth to the characters, much of it expressed physically, and subtly in face and gesture even when the dialogue is hackneyed. The supremely charming Marcus Paul James plays Otis Williams, one of the founders and longest-lasting of the group, who narrates the show and is the center of the story. The script is loosely based on a book by Williams and the history is through his eyes. James brings a cheerful humanity and optimism to the role and his relationships with his fellow Temptations builds to effective emotional conclusions by show’s end. Jalen Harris as crooner Eddie Kendricks is the most beautiful dancer in a cast full of them, and also the most emotionally effective actor and singer on stage. Temptations heartthrob David Ruffin is played with enough star power by Lawrence Dandridge to show just how much his character in real life stood out from the group. Then there’s Harrell Holmes Jr., in his winning spin on The Temptations’ signature bass Melvin Franklin. Holmes, with a bass rounder than Franklin’s, may outshine the original.

At the end of the show, the terrific, funky pit orchestra, under the direction of Smitti Smith, emerges on stage. Though unseen until then, they were also stars throughout.

If there’s any doubt that this musical is part of the long-running enterprise of Motown and The Temptations, there’s a commercial-like reminder at the end of the show that the group, with Otis Williams, is, after sixty years, still touring. “Ain’t Too Proud II,” anyone? I’m game. So, too, I bet, is that cross couple that was in my seats.

“Ain’t Too Proud, The Life and Times of The Temptations” at Cadillac Palace, 151 West Randolph, broadwayinchicago.com. Through June 5, 2022.