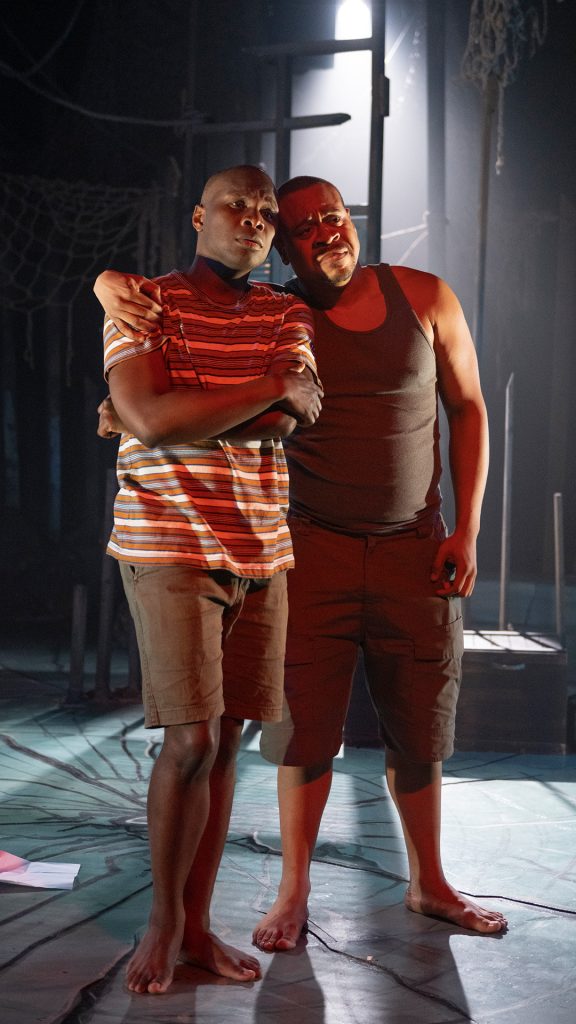 It’s in how you casually wipe your brow, how you flow through a household task, or the way in which you speak. Whether we like it or not, our parents, our grandparents and our lineage inform how we exist on this planet. From the mundane to the extraordinary, we carry with us those that came before. Or, as they say, the body remembers.

But so does the land.

“The Magnolia Ballet” draws that complicated triad of self, land and masculinity around the Mitchell family—well, two Mitchell families. In this town there is a white Mitchell family and a Black Mitchell family. So, Z, or Ezekiel Mitchell VI, played by playwright Terry Guest, is grappling with his teenage queerness as a Black man in Georgia while also disseminating pieces of the past. For Z, the sins of the father do not necessarily denote the sins of the son when it comes to his best friend Danny (Ben Sulzberger). Danny’s father and Z’s father (Wardell Julius Clark) have a personal past tainted by racism. Racism is rooted so deeply into the soil, a soil that was once tended by slaves, that the chilling apparitions (Sheldon D. Brown) remain without crossing to the other side. They remind us there is work to be done. 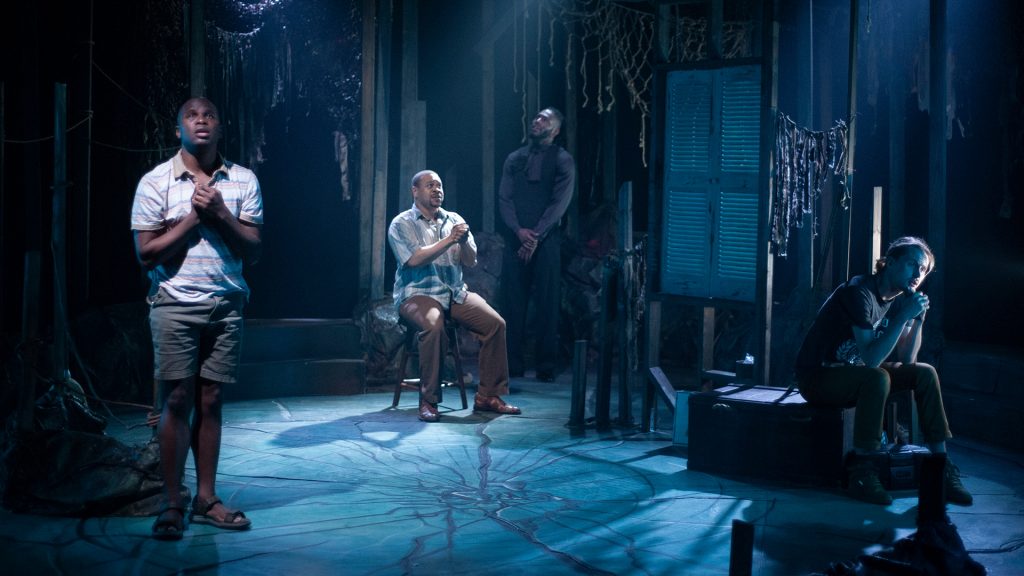 Mikael Burke’s unflinching direction of this work, combined with the enchanting choreography of Jenn Freeman (also known as Po’Chop) lovingly transform Guest’s script from page to stage. And that script? It alone is proof that Guest is a playwright who is going to change how we encounter theater. From the seamless multiple casting of both Clark and Brown (both supremely talented character actors) to a jaw-dropping, wordless telling of generational trauma through dance, “The Magnolia Ballet” is setting the bar. Rarely do you get such rich storytelling in just over ninety minutes.

“August: Osage County” needed over three hours to tell us about the complexity of family.

“The world is changing slowly but deeply,” one character says. Undoubtedly he is right, especially if we apply that to the world of theater. About Face Theatre has never been shy about placing the queer experience front and center, a mission furthered by work like this. When theater is still, like popular media, so wrapped up in telling tragedies surrounding queer and Black bodies, we need plays like this. Plays where we can gut laugh, cry, and ask ourselves an important question: what are our ghosts telling us?

At the Den Theatre in the Bookspan, 1331 North Milwaukee, aboutfacetheatre.com, pay what you can. Now through June 11.