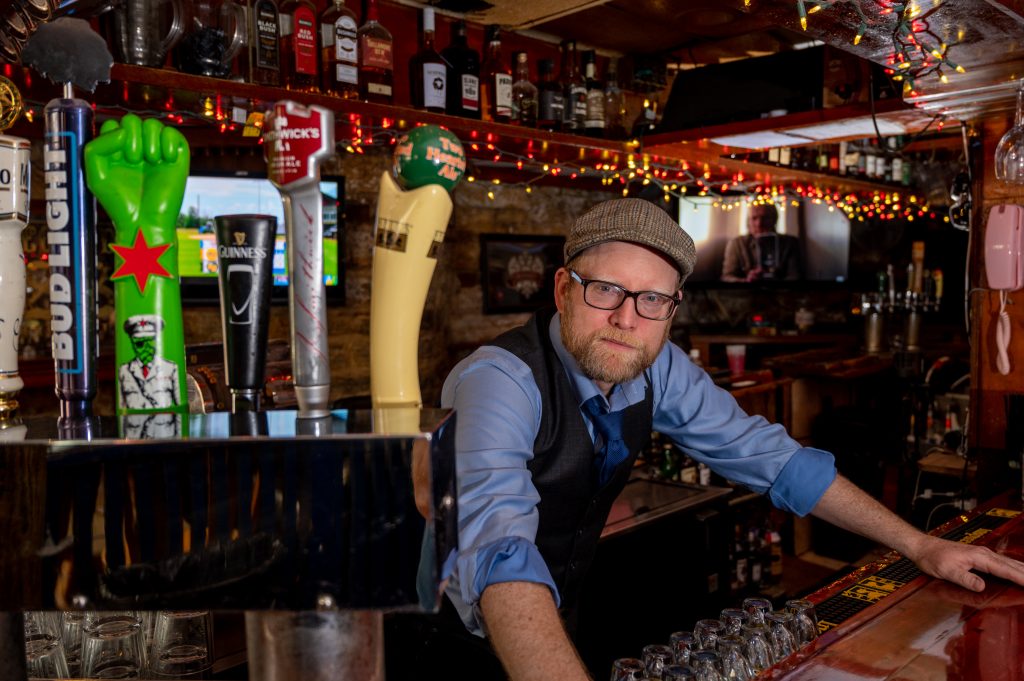 Long before social media dominated the landscape of connection, Sean Flannery had 500 followers hanging on his every written word. The Chicago-based comedian and storyteller got to this impressive number organically, starting out by writing letters to his friends in college—“like kind of drinking stories and funny school stories”—and then building a following as those friends passed his letters around and more people got interested. “This is how old I am: this is pre-internet,” he says. “This is physically mailing letters and their friends would write to me like, ‘Hey man, I read your letter from your buddy Jeff and I think it’s absolutely hilarious! Will you start mailing me letters?’”

Flannery—the creator and host of the popular weekly comedy show “Blackout Diaries” (which has been going strong for almost a decade and runs every Friday at 10pm at Lincoln Lodge)— doesn’t mail out letters now, but he has been doing quite a bit of writing over the last few years. He’s releasing his first book—the hilarious and sneakily engrossing “Places I Can’t Return To: An Accidental Memoir” (available on his website in print, digital or audiobook format)—this month. And readers of his old letters may find their memories jogged. 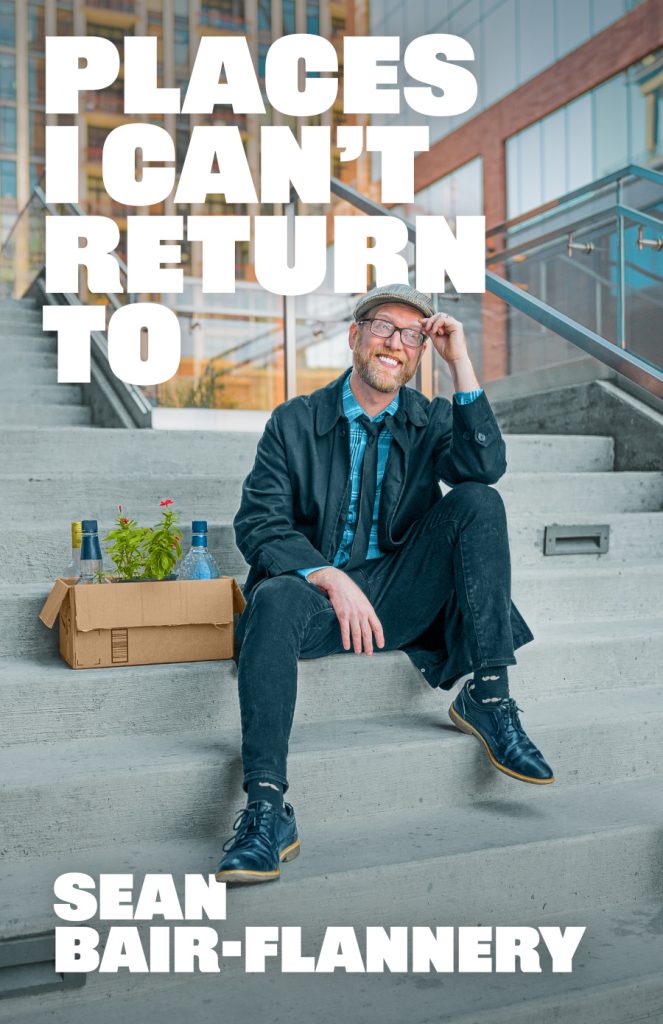 “A lot of the stories in my book were in those letters,” he says. “I write totally differently now because I feel like the way you have to tell it in stand-up has influenced my writing. In stand-up, you need to make the story as simple as possible and I tried to do that as much as possible in the book.” Flannery’s writing style is more than simple. It’s captivating and informative in an unpretentious way, with drinking and parenting shenanigans mixed in with historical and scientific asides. The combination of Flannery’s life stories and educational snippets is greater than the sum of its parts.

“My editor [Adam Burke, a respected and established Chicago comedian in his own right] actually said it’s a great bathroom book,” says Flannery. “He meant it—and I took it—as a compliment. You just want to make it read really fast.” And read fast it does. When I sat down to skim sections of it before interviewing Flannery, I found myself sucked into the narrative and a few chapters in before I looked up and realized how long I’d been reading. Flannery says this is a sentiment he’s heard repeated from many test readers. “It’s not a challenging read,” he says. “I don’t mean it’s moronic. I mean I tried to make the stories flow with as little audience friction as possible, which is what you have to do in stand-up.”

Though he had the idea and the framework in mind for years, Flannery says he wrote the majority of the book during lockdown and that Burke’s advice as an editor was crucial to the process. Burke told him to stop trying to edit as he wrote and just do a “brain dump.” Flannery did and after a year of writing had 700 pages, which Burke helped him edit down to the roughly 340 pages of the final book. “I feel like I had such an advantage over other people who are trying to write a first-time book in that I had a talented editor who is also my friend and knows my sense of humor,” says Flannery. “He was able to come to me and say, ‘I can tell what you were trying to do in this section and you didn’t do it,’ whereas another editor might have just kept it.”

The result is a fast-paced, funny read that captures the whimsy and spirit of “Blackout Diaries”—what Flannery said one audience member described as “a reverse AA meeting, where you have all these people getting up and telling you not quite their rock-bottom story but these hilarious misadventures they’ve had”—while maintaining its own life as a book and not just a stilted transcription of a stand-up set. And to tie in with the book, Flannery will launch a new weekly one-man show at The Comedy Bar on Wednesday nights in July. “‘Places I Can’t Return To’ is a one-man show about growing up Irish Catholic and sort of being a jackass,” says Flannery. “And then I also have those history and science asides that I have in the book.”

On the stage or on the page, Flannery knows how to mine drunken debacles for maximum comedic effect.