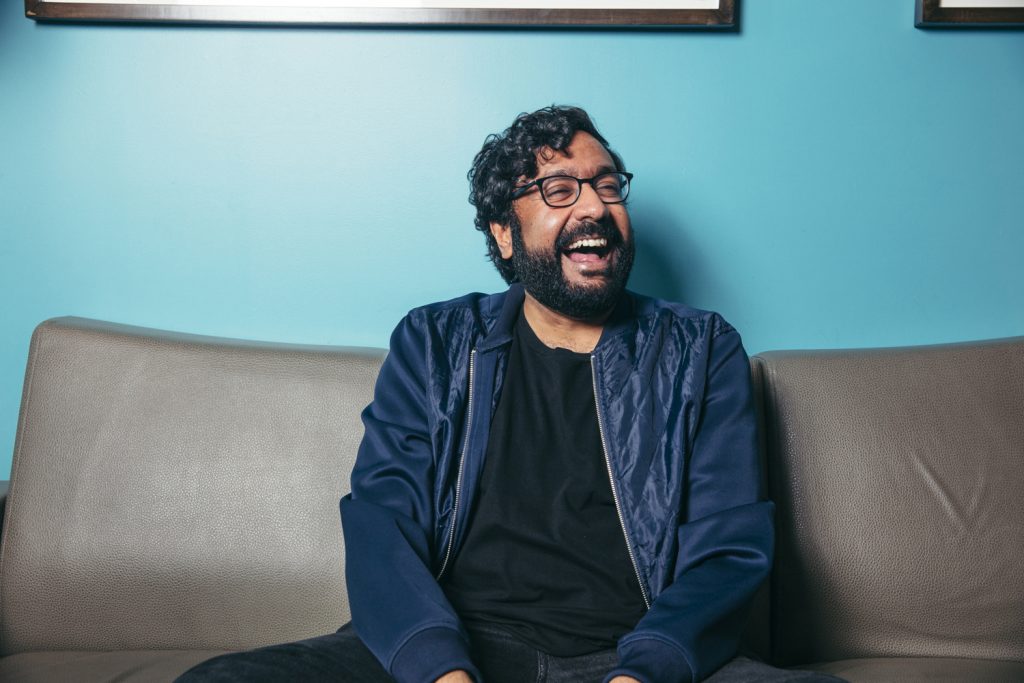 The pandemic has been hard on everyone, but parents found themselves with an extra layer of complication, navigating both the complexities of pandemic life and the complexities of parenthood. Comedian Hari Kondabolu—playing five shows at The Den Theatre, June 23-25, before taping his new special next week in Brooklyn—learned about the double difficulty of pandemic parenthood firsthand when he and his partner welcomed their first child in August of 2020.

“It’s like, what is he coming into? Is he safe? And what is the long run? The future is so up in the air,” says Kondabolu by phone. “I figured global destruction via nuclear war and via climate change is almost a given, but the pandemic thing is like ‘What? A pandemic?’ Like what year is this? It’s just such a wild thing. You’re already anxious as a parent but you throw this into it, Jesus Christ.”

After returning to the stage to tour and shape his new set, he found himself drawn to personal topics more than before. “That really is the biggest part of my new hour is talking about that personal stuff and that life stuff,” he says. “And that’s not to say that it won’t sound like me, that it won’t have my perspective or my slant on the world but it’s certainly for me the most personal thing I’ve written.”

In working with such intense subject matter Kondabolu finds himself vacillating between feeling the hour is too heavy and feeling it’s too light. “There are definitely times where I’m like, ‘This doesn’t feel deep enough. This feels fairly superficial versus the actual experience,’” he says. “But at the same time, people have all dealt with the heavy. This isn’t an experience I’m introducing, that nobody else has had… Even if you didn’t have a kid… there’s a given in there, yes it was hard. And I know we all had our different types of hardship. This is the added element. I do the best I can trying to paint that picture without getting people so down that it’s not an enjoyable show anymore. But that’s only part of it. It’s a tricky line.”

If any working comedian has the ideal skillset to walk that fine line of finding the funny in geopolitical turmoil, it’s Kondabolu. With an undergraduate degree in comparative politics and a masters in human rights, he’s known for well-crafted political and social commentary that examines and reflects while also staying solidly hilarious and even downright crude when the timing’s right. His most recent special—“Warn Your Relatives” on Netflix—showcases his skill at the tightrope walk of making difficult concepts easy to laugh at.

And while Kondabolu is excited to finally record a special (and, simultaneously, an album) at home (Kondabolu is a native of Queens), he’s equally excited to work the material in Chicago for one of his final shows before recording. “I picked Chicago as one of the last places—it’s the next to last place but it’s the last place I get to do that many reps—I picked it because I know that comedy fans in Chicago are great,” he says. “For me it’s a chance to really show my material to a loving but discerning crowd. That’s what Chicago has historically been. People know comedy and if they don’t like it, they’re not gonna laugh. And if it’s good and if it’s well-written and it’s thoughtful and it’s funny, there are such good comedy fans there, it’s the right place to be.”