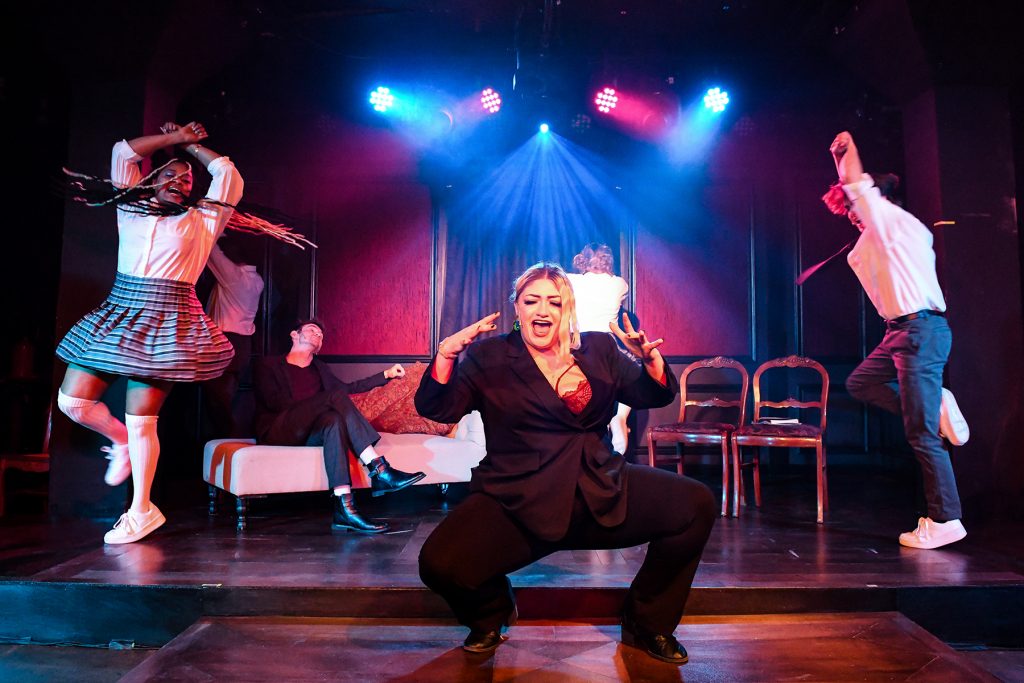 The thing about jukebox musicals is that I generally hate them. Hate like Alicia Silverstone hated playing Cher Horowitz (look it up). Why? Because they’re usually trite. The music doesn’t move the story along, the character development is bogus and generally, they’re just money grabs. But if you remember Kokandy Productions’ “Head Over Heels” in 2019 (and my review of it), you’ll know that their jukebox shows are a whole different breed. Maybe we need to have a new category of these shows called boombox musicals since they’re far from their jukebox counterparts.

For fellow nineties nostalgia seekers, “Cruel Intentions” is one of those quintessential teen drama romps. It’s utterly ridiculous, and cringy while still being no less iconic. Suffice it to say the musical version is all that and a bag of chips. So chock-full of nineties music you will be compelled to sing along (but seriously, please don’t—leave it to the performers) to TLC, Britney, No Doubt and all the other music that comprised my childhood.

Seeing Sebastian Valmont (David Moreland) and Kathryn Merteuil (Maddison Denault) plot their devious bet against their weaker classmates at Manchester Prep is deviously delicious. When that havoc is met with accompaniments like “Genie in a /Bottle” or “Only Happy When It Rains” you can’t help but jam along. When the innocent Annette Hardgrove (Kelcy Taylor) and Cecile Caldwell (Anabella Oddo) are pulled into the fray, the plot thickens. 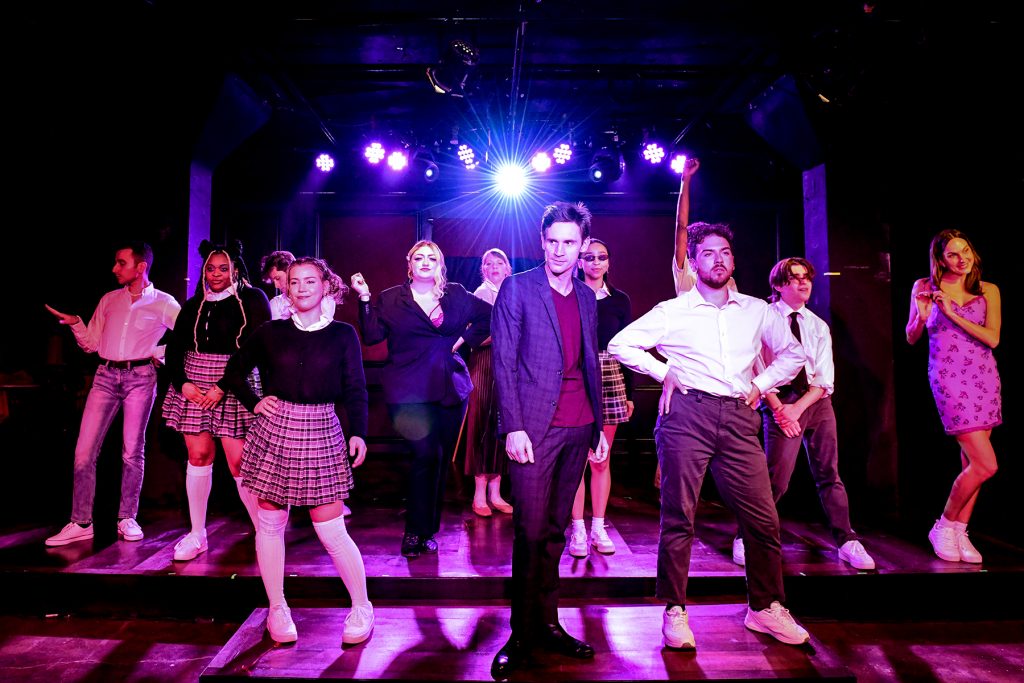 Many of the cast members of “Cruel Intentions” are names you might not recognize. Under director Adrian Abel Azevedo and musical director Isabella Isherwood, these performers shine brighter than neon jelly sandals. Josh Pablo Szabo (as Blaine Tuttle) singing “Bye Bye Bye” or Denault absolutely throwing down with “I’m the Only One?” You will lose your mind. Don’t even get me started on Moreland crooning “Iris.” When Kokandy casts a musical, they never mess around. Time after time, this company finds some of the best voices Chicagoland has to offer and “Cruel Intentions” is further proof.

The only thing cruel about “Cruel Intentions” is the sound leveling. Particularly in the first several songs, the cast is overwhelmed by the music. In a space like the basement of The Chopin Theatre, one wonders if these powerhouse performers really need to be miked or if there can be a better setup for the music and singers. From feedback to sound overwhelm, there has to be a better solution. Kokandy’s cast is beyond capable of filling the house.

A huge shoutout to intimacy director Kirsten Baity and choreographer Laura Savage. Their work on this show brings it to its hormone-hyped sexiness. As our sex ed teachers always said, we need protection. For a show like this, the careful direction is key. Always forever grateful to choreographers and intimacy directors for helping actors stay safe and sexy. Because “Cruel Intentions,” if nothing else, is the sexiest thing you’ll see in Chicago this summer.