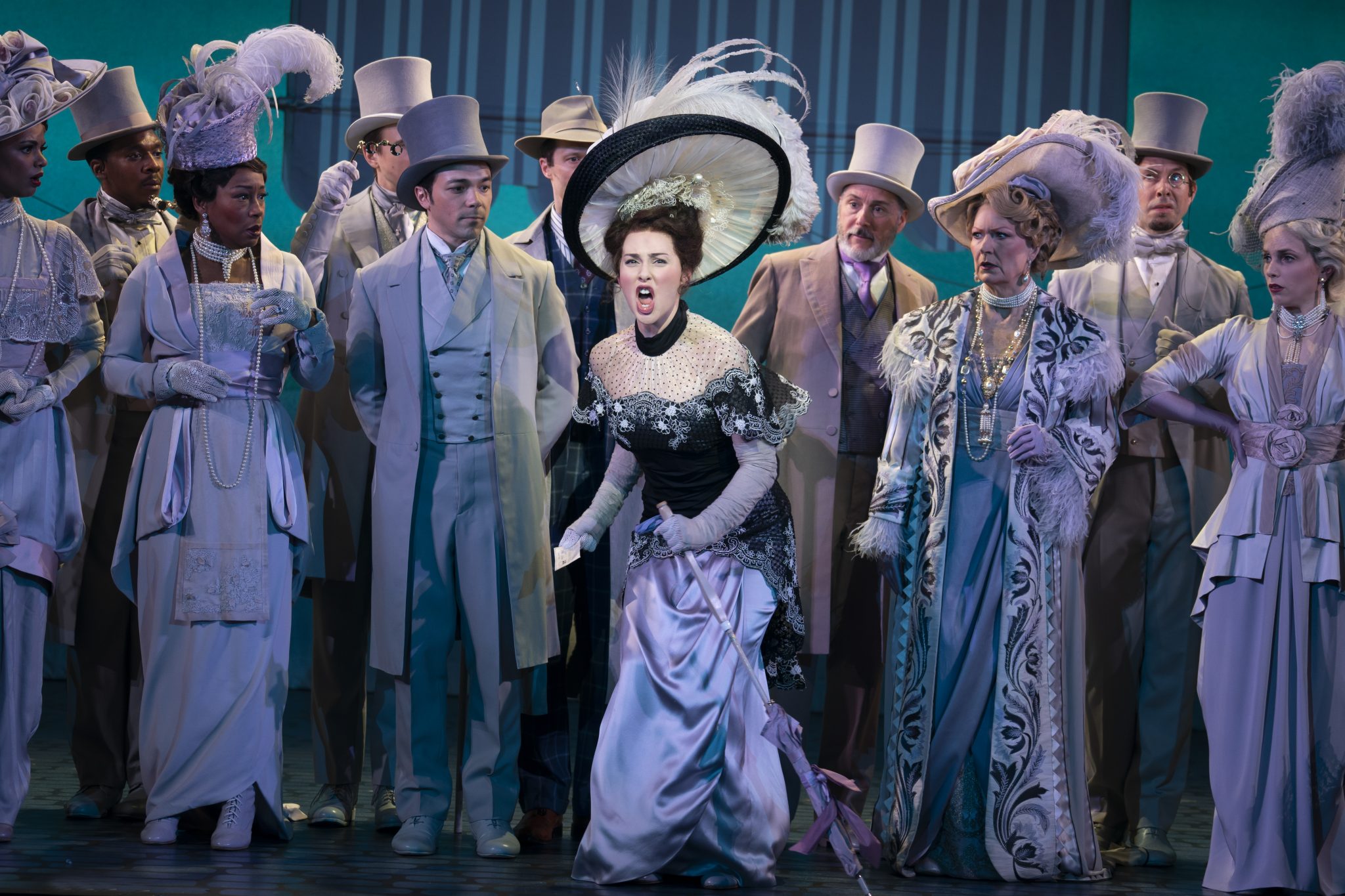 We’ve grown accustomed to her face. And of Victorian flower girl Eliza Doolittle being portrayed as a helpless waif who develops a crush on the professor who helps give her a new life through phonetics. And Henry Higgins may reciprocate after the possibility of losing Eliza: only the imaginations of mid-century audiences of several decades ago wishing for a happy ending know for sure.
Not in Bartlett Sher’s visionary rethinking of the classic musical “My Fair Lady.” What is remarkable is that Sher has made this an entirely different show without changing one word or lyric of Alan Jay Lerner.

In the Lincoln Center production making its long-awaited national tour stopover at the Cadillac Palace Theatre, Eliza (Shereen Ahmed) is in as much control as Higgins (Laird Mackintosh). They form what Aristotle would call a friendship of convenience—x gets from y, y gets from x. It’s not that sex might not enter in (“If I thought your intentions were dishonorable, I would have asked for fifty pounds,” says Doolittle’s father—Martin Fisher—to Higgins) but the two are far too goal-centered for that to happen. Besides, Higgins has always seemed more interested in Colonel Pickering (Kevin Pariseau) and exhibits naivete about the difference between the sexes (“Why can’t a woman be more like a man?” in “A Hymn to Him”) not to mention is a blatant misogynist (the woes of “Let a woman in your life” in “I’m an Ordinary Man.”)

In a Me Too climate, Higgins comes off as brutish and abusive, despite what he does for Eliza to win a bet. She temporarily acquiesces because she wants more out of life than having been given nothing and no one. But this Eliza is not going to stay and live a life of fetching slippers for Higgins any more than she is likely to marry a simpleton like Freddy who sings up and down on the street where she lives.
If this particular interpretation of the material is not your cup of tea, no worries. There is much that is traditional here. The sets and costumes are lavish. There is a wonderful pit orchestra and a standalone conductor (John Bell). The operetta-like roots of Frederick Loewe’s sumptuous score are beautifully rendered. Everyone in this cast is a superb singer and Shereen Ahmed’s Eliza truly soars. The ensemble is first-class and even minor roles are memorable.
Through July 10 at Cadillac Palace Theatre, 151 West Randolph.