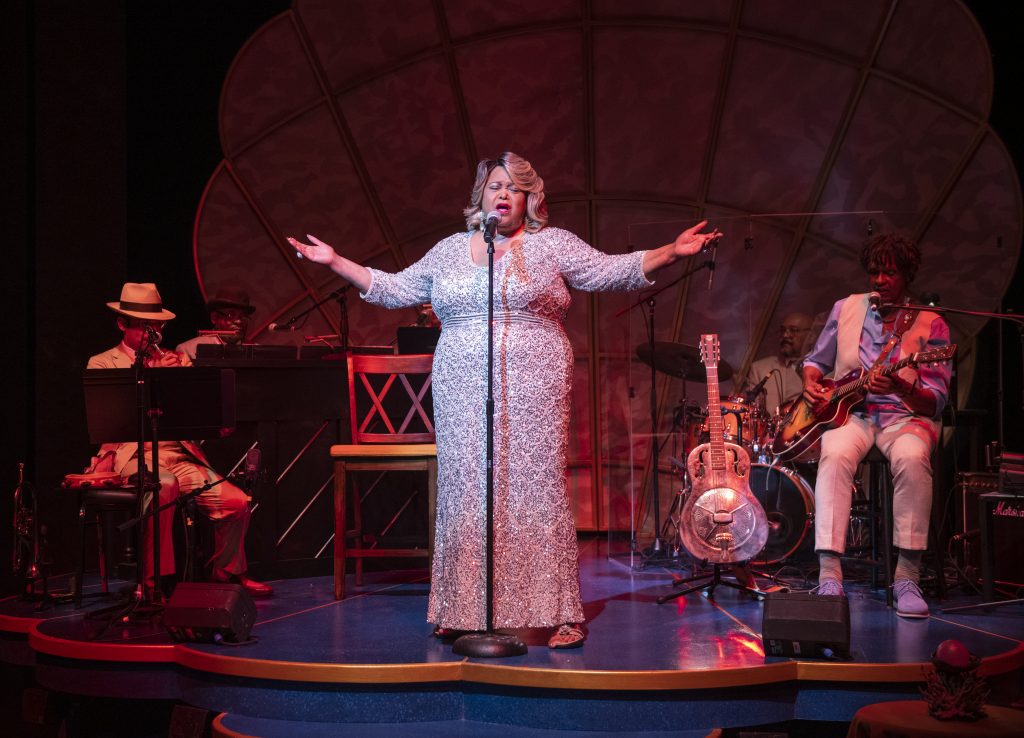 Felicia P. Fields and band in “Pearl’s Rollin’ with the Blues” at Writers Theatre/Photo: Michael Brosilow

God bless Felicia P. Fields, Chic Street Man and the other performers in the blues music revue at Writers Theatre in Glencoe, one town over from Highland Park. The show, and perhaps blues shows more than others, must go on. Two days after the terrible melee on the North Shore, Fields and company worked to create a safe, communal evening for an audience in a traumatized place. The evening began solemnly when Writers Theatre’s interim artistic director Bobby Kennedy introduced himself. (His very name caused a murmur in the audience.) Kennedy read a thoughtful statement that acknowledged the events of the Fourth and the necessary grief over them. He also thanked the audience for choosing to come. The theater, he noted, speaking generally, is a place where people come together to share an experience, and that in the coming performance, Kennedy knew, Felicia Fields would bring us closer. She and her fellow performers did that, but it was unlike either Writers’ typical night of good theater or a night in a rollicking blues club. At its best, the evening offered sober consolation and an affirmation of life even in the face of pain.

Not that things started note-perfect. To be sure, Fields and her ensemble are a superb mix of musicians and entertainers. Fields, who is a local favorite, Tony nominee (“The Color Purple”) and who was a standout in the recent “Blues in the Night” at Porchlight, is a commanding contralto with a powerfully sweet, raspy timbre. In a silver dress bedecked with sequins, she makes the most of small movements on her big frame. Fields metes out knowing looks, a cocked head, a daggering index finger and other tools of the blues queens’ arsenal with forceful frugality. Her powerhouse vocals are less sparing. Alas for the circumstance of this particular evening, the standard blues fare that courses over mojo, infidelity and lovers’ obsessions, which normally Fields and crew likely light up, seemed dropped in from another time. Fields teases her audience, but that, too, felt odd. The audience seated at the vulnerable ringside cafe tables tried to be game, but their voices were subdued and Fields needed to ask them to repeat answers to her questions two or three times. 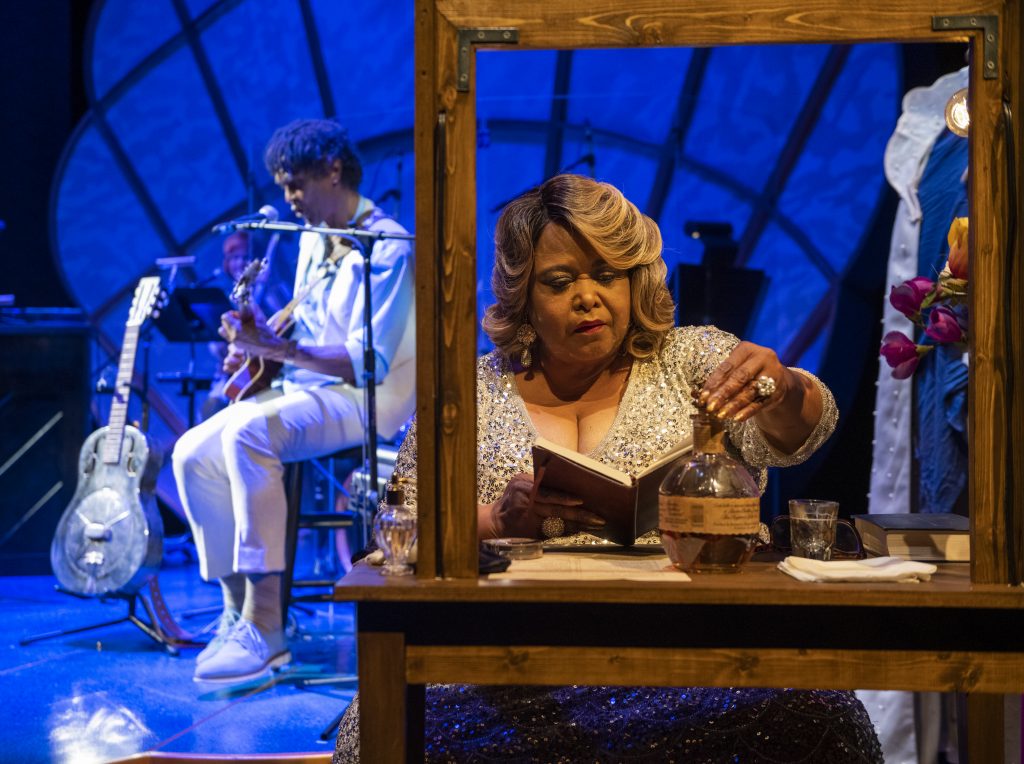 The cast caught on. The show takes a serious turn in later numbers. Fields takes time to relate dual stories about when she was young and faced racism and again when her grandchild confronted a similar event decades later. Racism may not have motivated the Highland Park attack, but hate and sociopathy did. Chic Street Man, the sweet-voiced guitar virtuoso and songwriter who is Fields’ chief partner on stage, offered his own tale and original songs that resonated strongly with the night.

The four other ace musicians—Frank Menzies conducting and on keyboard, Julie Poncé on bass, Harold Morrison on drums and Ricardo Jimenez on trumpet—also deserve credit for soldiering on, and for modulating their schtick while keeping their playing hot. As time goes on, the show will fall into new grooves. It may deserve to be remounted when the community is healed. What shouldn’t change is the gratitude the audience and the community must have for Felicia P. Fields, her cast and all others working to make us feel safe and cared for.