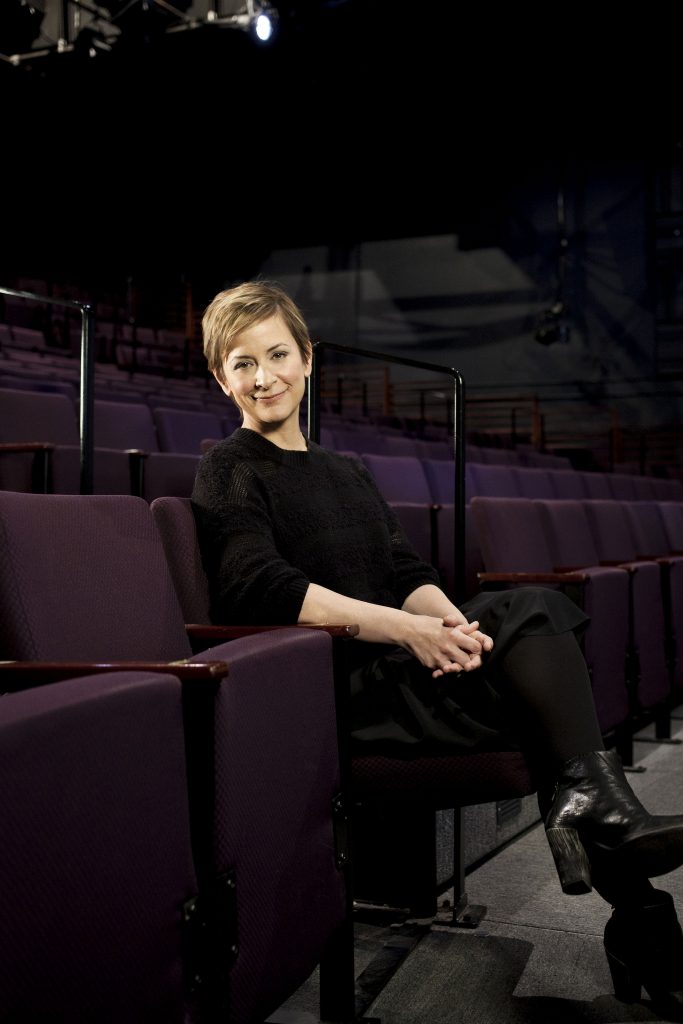 Veteran Chicago director Anna D. Shapiro has done a wide variety of plays across a remarkable thirty-plus-year career. The Tony Award-winner and former artistic director of Steppenwolf Theatre is primarily associated with cutting-edge and contemporary works. One genre you won’t see represented in Shapiro’s canon is musical theater.

The perception is that the Broadway musical is the opposite of everything Shapiro stands for, a characterization she doesn’t disagree with. “If you had talked to me four or five years ago,” says Shapiro between rehearsals of “The Devil Wears Prada: The Musical” at the Nederlander Theatre, “I would have probably said the same thing. It’s one of the reasons why it has taken so long for me to find a musical that I wanted to do. In fact, I started doing a couple and both times, I had to stop. Our goals were different. For me, the goal is always a story that helps people figure out how to live. I would argue that great musicals do that too, right? Great character-driven musicals change people’s lives but they’re few and far between. Let’s be honest. It’s an incredibly challenging medium.”

In the case of “The Devil Wears Prada,” the fact that Elton John was writing the music was irresistible for Shapiro. “I can’t lie: I freakin’ love Elton John. I’m a fifty-six-year-old upper middle-class white woman and I can sing every album of his from beginning to end. And I will say this about him and anyone who knows his work knows this—his albums that I grew up with are narratives. He is a storyteller first and foremost. So you get really excited about that potential.”

Given Shapiro’s signature association with Steppenwolf, does she think that audience is going to be interested in her doing a musical? She laughs at the thought. “Well, I think you could argue that Steppenwolf audiences are not always interested in what Steppenwolf is doing. As a director, you do work that you want to share. It’s really that simple. But there are things that I want to share that don’t fit the Steppenwolf brand. My association with Steppenwolf is deep, abiding and meaningful. But there are other things that I do that don’t fit that. That’s not a hostile contradiction, that’s a wonderful duality.

“I’ll be totally honest. The really fun thing about stepping away [last year] from being the artistic director at Steppenwolf and from stepping away from being on staff is that for the first time since I was twenty-five, I’m getting to make decisions for myself. What’s beautiful about that is that there’s a corollary between that and what’s happening to the protagonist in ‘The Devil Wears Prada.’ While she may be learning it twenty-five years before I did, in the end, we have to follow our own affection. We just have to. And we have to do that in a way that is not damaging to other people or harmful to the people that we love.”

Shapiro is clear that this is not merely an arbitrary autobiographical detail of her own but an archetype that has affected the entire company. 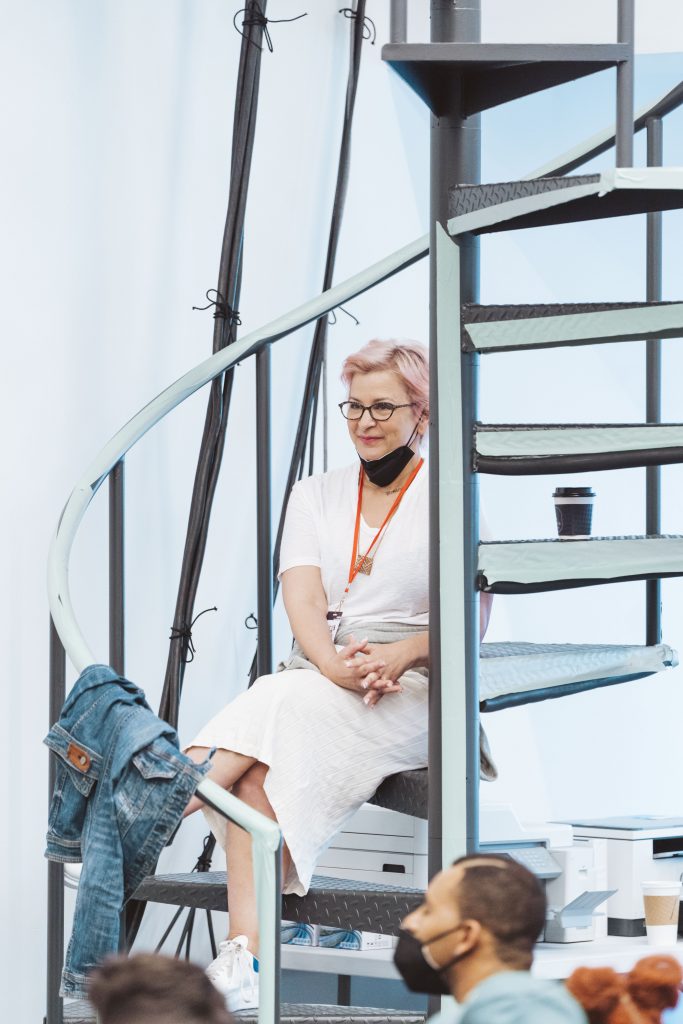 Another crucial aspect of “The Devil Wears Prada” that is a carryover from the book and the film is fashion. “I don’t think fashion is shallow or stupid even if it has shallow and stupid components. I would also argue that fashion has some dangerous components.

“But when you think about the art of fashion and the way that it has helped deliver marginalized people: gay men, trans people, women, right? Sometimes you can wear the outfit before you can be the person. And that outfit helps you. It’s the flag you put in the sand, I’m going to get to that point. But until I can get to that point, this is helping me. And I can say very confidently as a woman that I’ve often used what I’m wearing as a defense, as a way to be okay.

“Our costume designer, who is a genius, says, ‘Look, fashion is relevance. That’s what fashion is. It’s the relevant moment in time that you’re in.’ There’s real designer fashion in our show.”

In a video played at a July Broadway in Chicago press conference that introduced the creative team of “The Devil Wears Prada: The Musical,” Elton John spoke of Shapiro’s enthusiasm and of her being at all of the recording sessions.

“I was part of the storytelling that led to the lyrics and the music which we’ve been developing from the ground up. And that’s what I love doing,” Shapiro says. “Ninety-nine percent of what I do is new work. So I got to be a part of that. Elton is incredible because he respects, enjoys and is curious about other people’s mastery. Here he is, this international superstar, a treasure for everyone, and an incredible philanthropist changing the face of AIDS treatment around the world. But when he sits down with me in the recording studio, he wants to know what I think about what he’s doing in terms of the way it plays out in the story. So I think we’ve all felt as equal collaborators in the development and building of this in terms of what we can offer. That’s been really incredible. That’s been really fun.”

As with Elton John’s “Aida,” which had its pre-Broadway tryout in Chicago in 1999 under longtime Goodman Theatre artistic director Robert Falls, Chicago is also the launching pad for “The Devil Wears Prada.”

“When I got the job, as grateful as I was, [I thought,] if the out-of-town tryout can’t be in Chicago, I can’t do it. That is as much about my family as anything else. I have two young kids so I don’t take a lot of work out of town anymore. I certainly can’t be anywhere other than New York.

“But the other benefit for me is that I know and trust Chicago audiences. I’ve developed new work with this audience my entire career. I trust them and I love them. And I cannot wait to sit in a room with them and watch them watch this. I know that they’re going to tell me what’s working and what’s not as they’ve done for the last twenty-five years.”