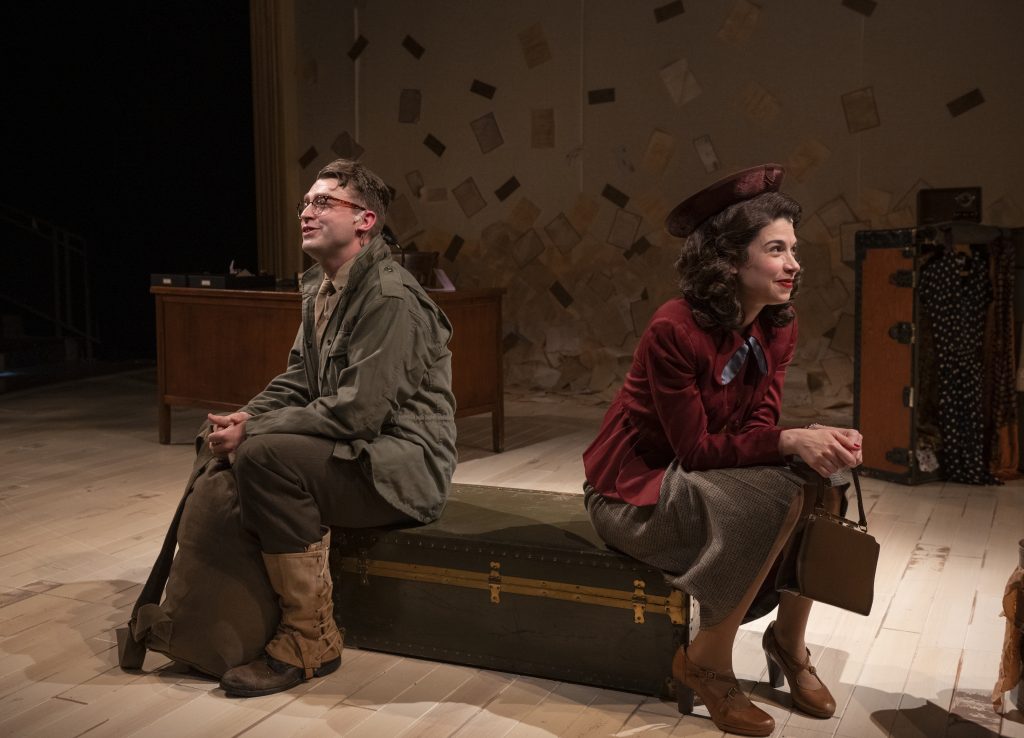 Playwright Ken Ludwig is one of the contemporary stage’s most beloved comic playwrights. He consistently brings a smart common touch to a rarified setting. Of course, that’s a comic setup already. Ludwig is also the modern master of backstage comedy, often with music. In his multi-Tony-winning “Lend Me A Tenor,” Ludwig crafted an energetic, high-stakes farce at a middling opera company. Ludwig was also part of the team that spun a stellar selection of Gershwin trunk tunes in “Crazy For You,” the backstage and back stagecoach musical set on Broadway and in the Old West. The man loves performers and he gets them.

Ludwig’s mother, Louise Rabiner, was a beautiful Brooklyn-born hoofer and actress (and NYU dropout) with the slick comedic timing of a Borscht Belt banana. And the writer’s doctor dad, Jack Ludwig, was her number-one fan. The fact is remarkable given that before the two lovers met in person, they knew each other only through letters traded during the two final, harrowing years of World War II. Talk about playing to the back of the room! Louise’s best lines were delivered from her desk at an actors’ rooming house off Broadway. The letters reached Jack days or weeks later, but he laughed nearly as soon as he opened them. Louise’s notes also served as necessary medicine as Jack worked long hours in the surgery of a military hospital where he prepared wounded young soldiers for prosthetics and skin grafts,

“Dear Jack, Dear Louise,” a lively, funny, touching two-person show, is Ludwig’s disarmingly charming love letter to his parents’ love letters. Oddly, while the playwright’s family lore is rich with stories of the letters, he never saw them. Before his mother died she burned them, perhaps because her free spirit was especially free in her private notes to her future husband. The playwright has invented all the letters in the play, but they ring true as if a shoebox of originals were at one’s seat. Sarah Price as Louise and Casey Hoekstra as Jack enliven the material and bring action to their exchanges. Price and Hoekstra are good comedians in their own right and both strike the difficult but necessary balance between their characters’ constant terror over the war and the upbeat mien necessary to prop each other up and keep going. The play moves speedily, a credit to the lively writing and performances, but also perhaps owing to its rejection of many of the usual tricks of the trade employed to create dramatic tension. This is about a relationship that grows from strength to strength and the biggest mystery, the war notwithstanding, is how big can Jack’s and Louise’s love grow. In Ludwig’s hands, that’s still a thrill.