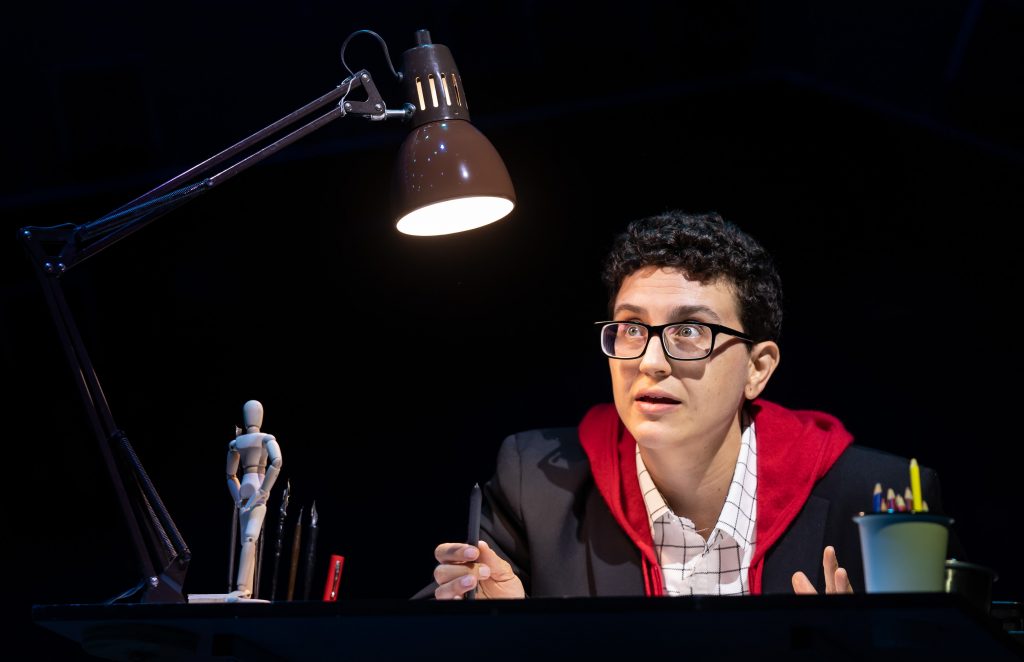 Adapted from Alison Bechdel’s stunning graphic novel, the Tony award-winning musical “Fun Home” serves as the logical rebuttal to school boards across the country who would prefer we not say gay. Narrated by an adult Alison (a self-proclaimed lesbian cartoonist), the production shifts repeatedly between three versions of herself. We see Alison as a precocious little girl, as an awkward college student coming to terms with her sexuality and as an adult desperately trying to make sense of it all via her art. The other principal character in this production is Alison’s father, Bruce, who occupies many roles in a small Pennsylvanian town that include being a proud restorer of old homes, a talented high school English teacher and the town’s funeral director (with the family referring to the funeral home as a “fun house”). Bruce is also gay at a time and a place that did not readily allow a family man like Bruce to be gay. Repressed beyond belief, Bruce pours his attention into old homes and young men, some of whom may possibly be underaged. This all has consequences with Bruce eventually coming undone at the same time Alison comes to grips with who she is. 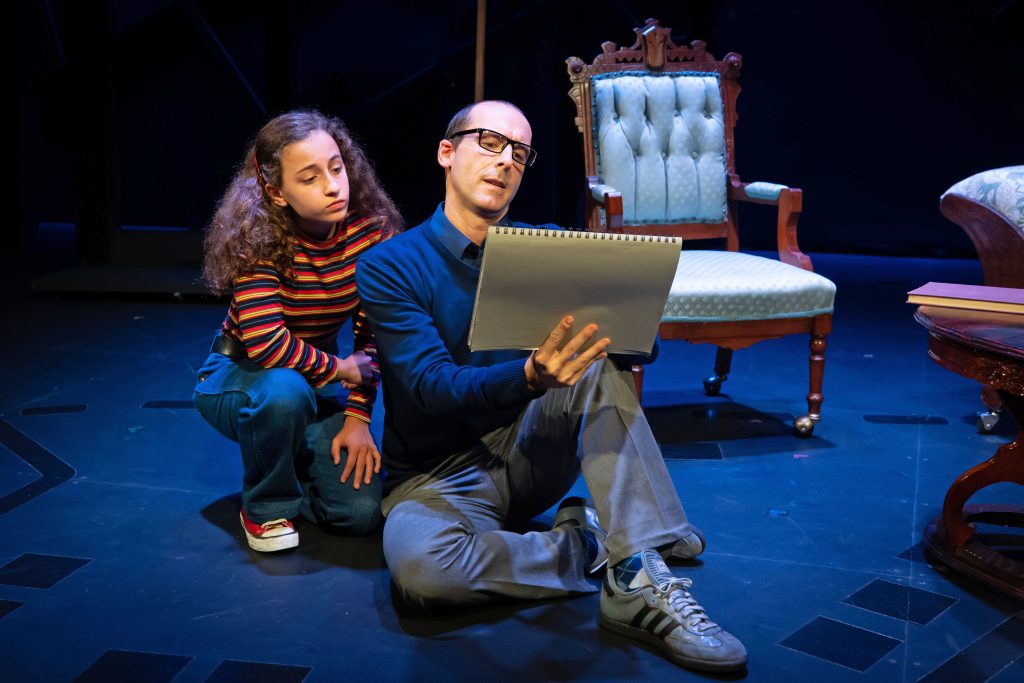 As heavy as all that sounds, “Fun Home” projects enough levity (mostly through kitschy dance numbers celebrating the 1970s) to remain engaging throughout its one-act, approximately hundred-minute run time. Paramount Theatre also wisely stages the production within the cozy confines of the newly renovated Copley Theater. Within this intimate setting, co-directors Jim Corti and Landree Fleming allow for a nuanced presentation of the central father-daughter relationship. All incarnations of Alison are exceptional but repeatedly stealing the show is Maya Keane (Small Alison), whose big voice and stage presence are well beyond her young years. Stephen Schellhardt also excels as the complicated Bruce whose domineering manner propels the action.

Besides being a clever name for a funeral home, “Fun Home” here also likely refers to a carnival attraction where everything appears distorted beyond recognition. To live in such a place would be an unimaginable horror. It is comforting then to see on stage the mature Alison (a very well-cast Emilie Modaff) who, while still wrestling with their demons, projects absolute acceptance for who they have become. Ultimately it is this sense of optimism that lifts the entire production.