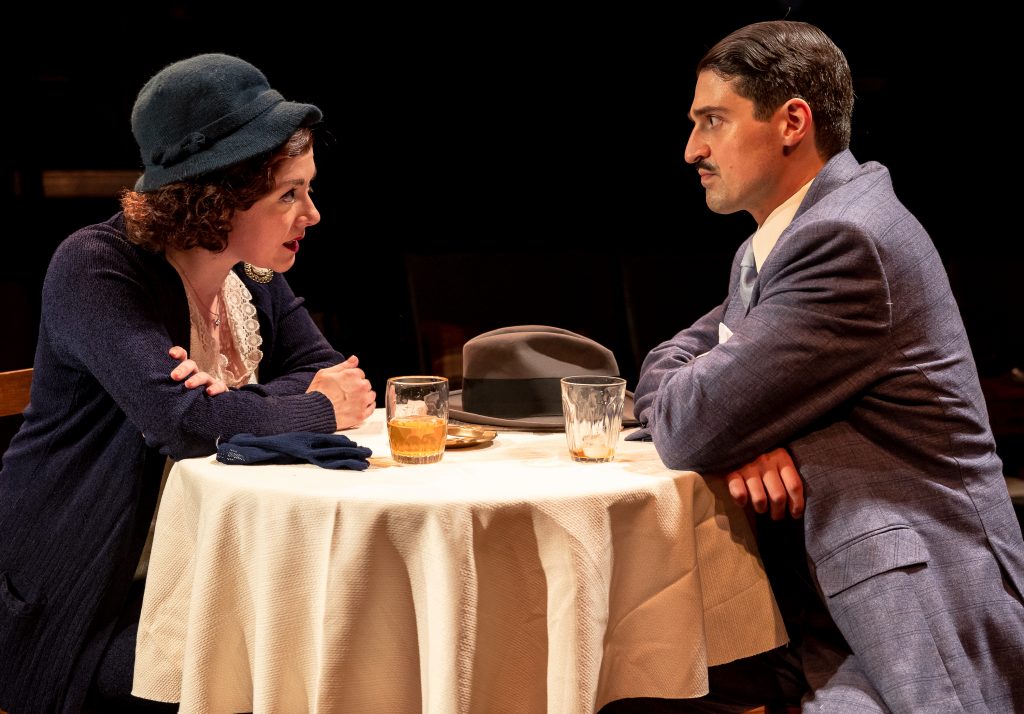 I wasn’t sure whether to leave the world premiere of Will Allan’s “Campaigns, Inc.” feeling distraught over seeing an origin story of modern political mendacity found in the 1934 governor’s race between the incumbent Republican buffoon Frank Merriam and the visionary progressive Upton Sinclair, or relief that American democracy’s diabolical elements have been unfolding for a long time and, yet, we’re still here. Either way, it was unsettling.

Sinclair, played with spot-on nebbishness by Anish Jethmalani, burst onto the national scene with his 1906 muckraking novel about the Chicago Stockyards, “The Jungle.” By 1934 he was a wealthy author and would-be politician whose socialist agenda gained  traction thanks to the Great Depression. Merriam, played with suitable bombast and willful ignorance by Terry Hamilton, is perplexed by this new threat to his office when his lieutenant governor, the preposterously dim George Hatfield (the affable Mark Ulrich) suggests he take a new approach and hire the first-of-its-kind political consultancy, Campaigns, Inc.

The amoral but soon-to-be amorous principals of the agency they hire—Yuriy Sardarov as the perky Clem Whittaker who offers little more for the cause than a vital-in-those-misogynistic-times Y chromosome, and Tyler Meredith as the soulless but brilliant strategist Leone Baxter who’s really in charge—only care about the success of their new endeavor. Their ideas about overt media manipulation, deceptive advertising and, ultimately enlisting Hollywood mogul Louis B. Mayer in an unabashedly dishonest series of newsreel “reports,” find willing takers and an open pocketbook with their client. Needless to say, the principled-to-a-fault Sinclair, even with the superstar Charlie Chaplin (Dave Honigman, effervescent) at his side, can’t compete. 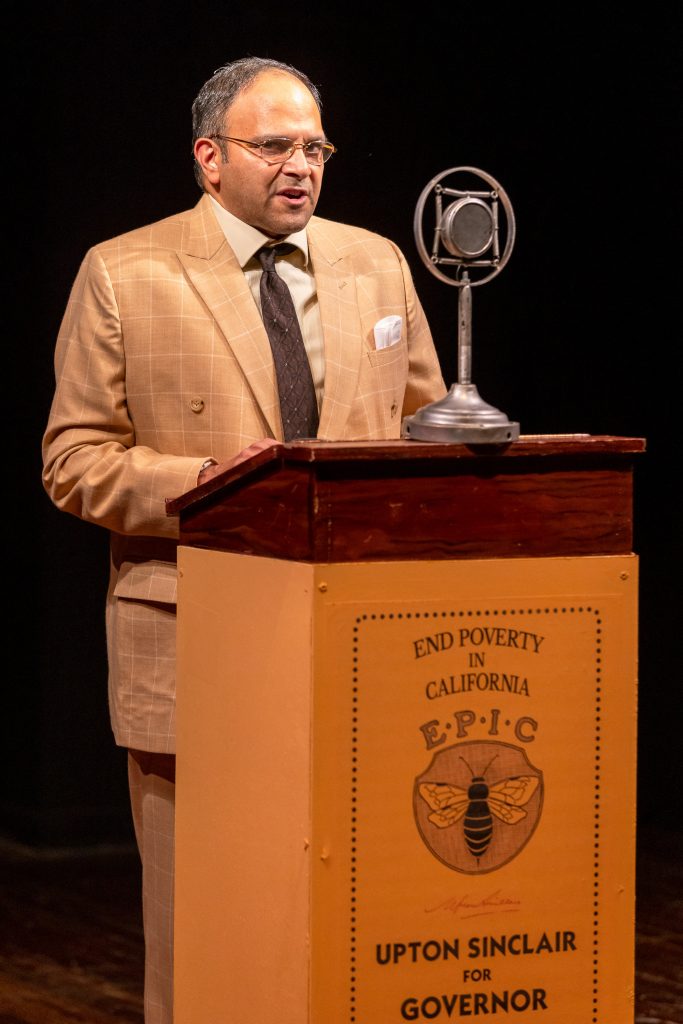 Allan’s cast of characters is a who’s-who of 1930s politics and celebrity, including FDR and Eleanor Rooosevelt, Douglas Fairbanks and Mary Pickford, along with Chaplin and Sinclair; this is a story told in the gilded halls rather than the hardscrabble streets of the time (with the exception of one character, a diner waitress who represents the surging proletariat supporting Sinclair). It’s a spot-on, if somewhat on-the-nose historical tale of a lesser-known but prophetic event. Lightening things up is the screwball-comedy romance between Baxter and Whittaker, ignited by banter rather than chemistry. In fact, that’s my one complaint with the work, that the scope of the story and the number of characters keep them (and us) from larger truths and deeper connections.

Director Nick Bowling and his team have put together a pitch-perfect production, especially in the use of video (courtesy of projections designer Anthony Churchill) that captures the rising influence of Hollywood glamor and the newsreel as precursor to television news, especially Fox News. It’s a device that sets the tone and advances the story without overshadowing the terrific cast at work here.

As much as this political narrative might echo in the present day, the most powerful and sadly still relevant character is Leone Baxter, the puckish mastermind of all things nefarious herein, who is denied credit or even agency due to her gender. Meredith portrays her in a manner reminiscent of the wisecracking dames popularized by Claudette Colbert in movies like “It Happened One Night” (also 1934). That she has to capitulate and even ends up married to the far-less-compelling Whitttaker is a narrative disappointment, even if a historical fact.

Maybe the playwright should have taken some liberty here in service of the story. Nothing wrong with a little poetic license, right?