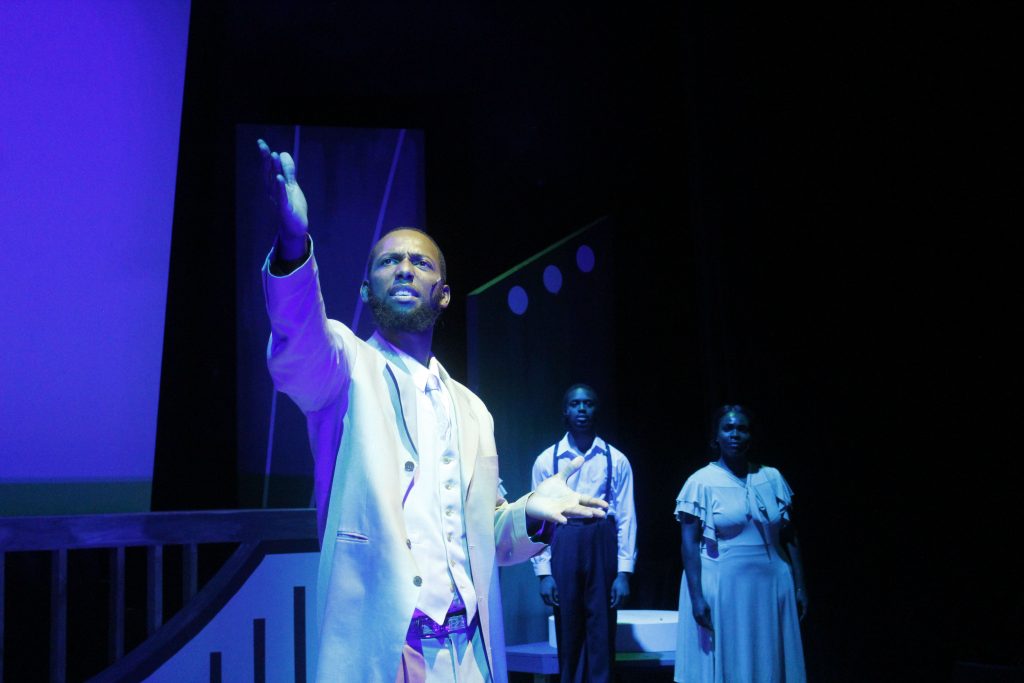 Presented by the Black Ensemble Theater, “My Brother Langston” (written and directed by Rueben D. Echoles) is a celebration of the genius writer as well as the Harlem Renaissance, with related music sprinkled throughout the production. These musical offerings (a smart collection of jazz standards by Duke Ellington, Fats Waller, Billie Holiday and others) are performed on stage with the solid support of an off-stage four-piece band.

A true renaissance man for any era, Langston Hughes (a well-cast Chris Taylor) was especially adept at taking the cultural climate. To that end, he once famously described the Harlem Renaissance as a time when “the Negro was in vogue.” This reported attraction, however, did not translate to a more tolerant country as there was nowhere in 1920s America, including Harlem, where an African American was truly free. Langston’s most celebrated works explore this racist reality and are passionately presented onstage, accompanied with period photos projected behind the actors. The effect is moving, with readings of “The Negro Mother” and “The South” especially effective at driving home the cost of systemic racism. Also effective are early scenes of his childhood that depict his general rejection by his parents.

At the same time, however, other elements of the production are disconnected as the script skirts over the more complex aspects of his life. Langston’s ambiguous sexuality, for example, is briefly explored but then ignored, robbing the viewer of a chance to see the man beyond the narrow confines of this bio-play format. Other moments, such as him rejecting a wealthy white patron’s criticism, appear unrelated to the work as a whole. While “My Brother Langston” succeeds as a great introduction to the life and times of Langston Hughes, it will likely leave members of the audience wanting more.