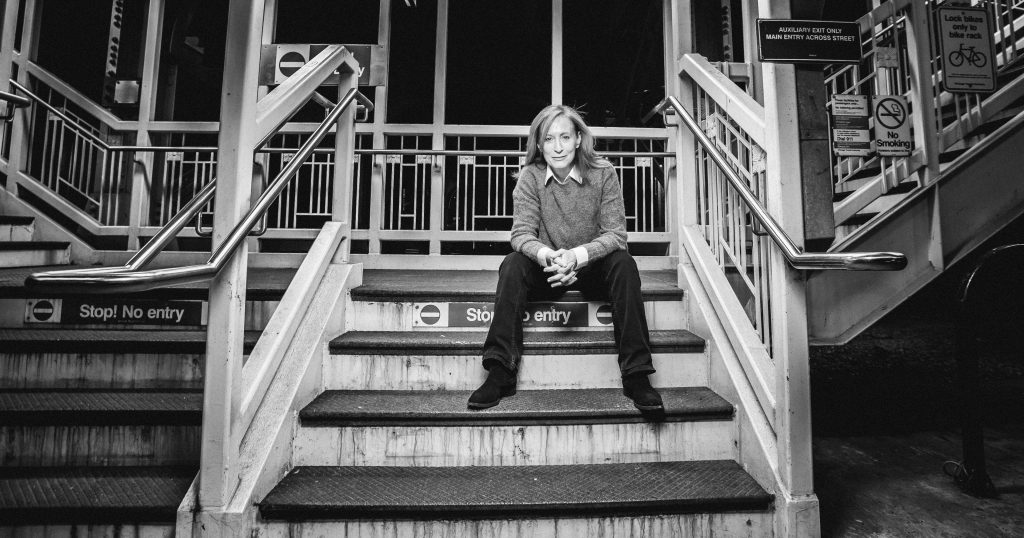 The incoming artistic director at Goodman Theatre is and isn’t wrapping things up at Atlanta’s Alliance Theater. Susan Booth, like Robert Falls, whose role she is taking at the Goodman, has shown how a strong, visionary director can keep a creative whirlwind in motion for decades. Over the last twenty-one years, she’s led Atlanta’s flagship theater in producing more than 200 shows, directing close to fifty of them. In Booth’s time there, the Alliance also premiered eighty-five new works, including six musicals that made their way to Broadway, and ran programs for young people that reached tens of thousands of students a year. In 2007, the theater earned the Regional Theater Tony Award. While Booth’s relocation to Chicago is underway, she is also directing the Alliance’s 2022-23 opener, Branden Jacobs-Jenkins’ witty “Everybody,” a modern take on a fifteenth-century morality play that joins her love for the canon’s deep past and for experimentation. And she is pushing the rest of the Alliance’s twelve-play season along, too. All while she’s working to reacquaint herself with Chicago.

Booth’s theater career took shape in Chicago, beginning as a graduate student at Northwestern. She also taught at Northwestern and at DePaul. Then, for eight years, ending in 2001, she worked with Falls at the Goodman, where she prospected new works and collaborated with their playwrights.

We talked in early August when she had a one-day break from rehearsals for “Everybody.” The rest of her world rushed to fill the void. Her dog barked, the doorbell knew no rest and the realtor charged with selling her house called with news. (No wonder this reader of Classical philosophy is reading Stoics now and pondering memento mori.) Once our conversation began, Booth exuded the focus directors summon amid chaos as well as the joy she feels about creating theater again in Chicago. She has her successes and experience in a similarly changing, multicultural Atlanta to build on. Here is an edited version of the conversation. 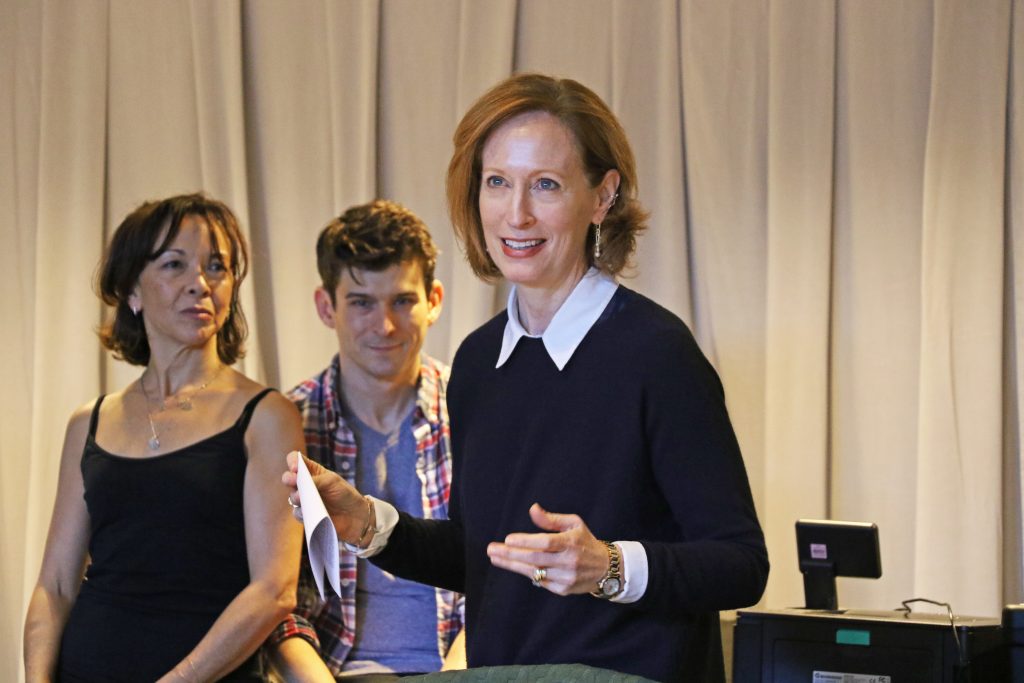 You’ve traversed a few places with long tenures. After Chicago came twenty-one years at Alliance Theater. Might you offer some reflections on what of Chicago you brought to Atlanta and what Atlanta has awakened in you?

Last October, I was directing a project for Northwestern. It was my first semi-extended period back in Chicago in a while. I had these waves of nostalgia. I tried to figure out whether I am nostalgic for this place or nostalgic for my twenties and thirties? I don’t know that I resolved that question. Still, what I feel like I took from Chicago to Atlanta was the foregone assumption of the value proposition of our art form—and here’s a surprise—it isn’t a foregone assumption everywhere.

If you come of age as a theater-maker in Chicago, theater is so deeply embedded in the city that you could become convinced that that’s just how a successful city comports itself. There’s a sense of a collegial community–an ecosystem–that allows theater artists to bounce between storefronts to flagship stages. It’s something I simply expected and it’s still a virtue that I think a major American city ought to aspire to. In a pure aesthetic sense, I find Chicago theater to be the most muscular—if you’ll forgive me—the most “don’t-fuck-around” that I have witnessed in any community. So there’s an aesthetic I valued that I saw in directors’, writers’ and actors’ work. It is an unpretentious style; it is a style that says, “We will reach across the footlights and connect with you, thank you very much.” It is not theater under glass or “regional-theater tasteful,” not polite theater done politely. I found myself looking for that everywhere. But that absolutely came from Chicago.

My impression is that in Chicago, theater comes without a lot of celebrity dressing. You don’t see a lot of big glossy glamorous headshots of stars promoting shows or even in theater lobbies. Even though Chicago productions often have some very big stars.

I grew up in Youngstown, Ohio and in Kansas. I do think there is a Midwestern aesthetic which is, “Could you just tell me the truth? Could you not be too fancy?” I think that’s what was alluring about Chicago [theater], that it felt like a continuation of that.

Is that different from the South? From Atlanta?

Well, it took a minute, man, to figure that all out. I would say that over my time here, I have become an enormous champion of what we refer to as the New South, and specifically Atlanta. The rigor with which the city takes on race. How that rigor manifests in justice, housing, public transportation and education systems is breathtaking. There is a clear-eyed recognition of our complicity in generations of racism and there’s a shared commitment to taking steps toward anti-racist structures and practices in all walks of civic life. The conversation here [in Atlanta] is rigorous in a way that’s laudable and often overlooked.

Lately, leaders in and around Atlanta have been leading the fight against the Trumpian efforts to discredit elections. Is that part of the New South we should appreciate more?

As I got more embedded here, I would go to work on projects in other places and hear people malign the South in a general way. It is as if many who are not from the South outsourced their bigotry to the Southeast corner of the country.

Did you find that there is a coded language of the South, versus the “not too fancy” modes of the Midwest? If so, was there a time when once you knew the code, it was no longer coded?

I don’t want to have to work that hard to go through all the rituals of politesse. You know, all the social niceties you [might normally be expected to] need to go through just to ask people truthful questions and to answer people’s questions truthfully. And that isn’t specific in the South, [communication] is also encoded in economic classes and privileged classes, for example, right?

Isn’t dealing with that kind of coding often an element in great theater?

Shortly after I moved to Atlanta, I had the wonderful opportunity to get to know [playwright] Alfred Uhry [who won Tonys for “The Last Night of Ballyhoo” and “Driving Miss Daisy”]. Before I got here, the Alliance premiered “The Last Night of Ballyhoo” and it was related to me that the production was received in a very different way in Atlanta than anywhere else. There were scenes that non-Atlanta audiences found raucously funny but which were met quietly in Atlanta. These were scenes about assimilation and politeness. Atlanta today is a very different city from what it was when I got here. There is a youth to it, an electricity to it and a sense of a shift. 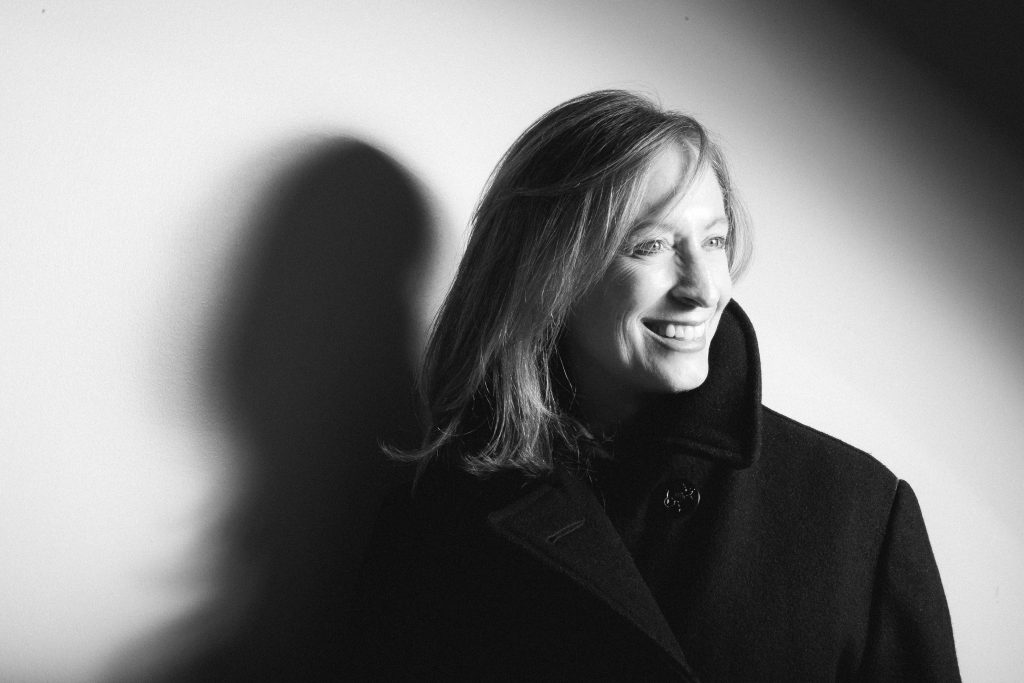 What of your experience in today’s Atlanta do you hope to carry to Chicago?

I’ve been fortunate to be in a room with artists who are incredibly diverse, talking about the big, thorny American questions. I am reminded by Black colleagues when to stop talking and when to listen. That capacity to wrestle with these questions with respect and the constant awareness of privilege is something that will be with me always.

Let’s relate that to the importance you give to joy in the theater. How does a company accomplish these bigger communal goals essential to our democracy and deliver the kind of joy audiences want and you want to offer?

One of my closest friends in Atlanta is the utterly remarkable playwright, poet and novelist Pearl Cleage. We’ve worked together on multiple projects.The first play we partnered on was [“The Nacirema Society Requests the Honor of Your Presence at a Celebration of Their First One Hundred Years”] set in Montgomery, Alabama during the 1964 bus boycott. It was a comedy about Black debutante society. So we had this play that took on a moment in American history, in a setting of Black elegance and wealth. We did a co-production that was presented in both Montgomery and Atlanta. The thing I learned was that diverse audiences responded concurrently to the same things with belly laughs. I overheard conversations in the lobby where white audience members would rush up to Pearl and say things like, “That was my grandmother.” There was a buoyancy there. And it taught me about the many ways in which we can talk about what we need to talk about.

At the same time, I don’t look sideways on doing work purely to make people happy. I don’t want to do it all the time. And, man-oh-man, I do not apologize for wanting that to be part of the theatrical conversation.

The demand for new works that include more communities and more diverse performers and which address contemporary concerns in new ways, is very strong. You have nurtured an usually high number of new works and have worked to connect communities to the theater. Can you talk about that?

Years ago we created the National Graduate Playwriting Competition. The impulse behind it was to find out who is on the cusp of entering our field. We decided to meet their work with the resources that we would meet a classic or [a play by] a revered contemporary writer with. The competition had a blind submission policy. All we knew of the work were the words on the page. The competition surfaced the first professional productions for people like Tarell Alvin McCraney [co-screenwriter of “Moonlight” and playwright of “Choir Boy”] and other remarkable writers. It’s humbling each year to read the writing of fifty to seventy applicants and come across voice after voice that you cannot compare to anything else. To me, that is the most exciting thing.

You’ve said in the past that for you every production should be approached as if it were the first production of a play. What did you mean?

[When choosing a play] there’s always the investigation into “Why this play now?” It’s true whether you’re doing the “Oresteia” or a brand new play. I think big plays exist in three time periods. There’s the moment in which they are set, the time when the playwright wrote it and the time when the audience receives the play. Different directors privilege different time periods. I have an affinity for privileging the moment at which the play meets the audience. When we’re considering a new work, and we sit in the hall and bump around what is happening outside the hall and [try to understand] how does the play collide with what’s going on. I am not all that interested in a classic work that does not bump against all that. That does not mean “Let’s strip the poetry out of Shakespeare” and “Everything must be modern dress.” But the part of the narrative you privilege has to be informed by what’s right here, right now. And that’s the part of it that makes it always a new plan.

The big question for me now is what is Chicago talking about. And right on the heels of that question are the questions of how Chicagoans talk about what concerns them, what resonates with them and what style of physical production and performance style will resonate with Chicago audiences.