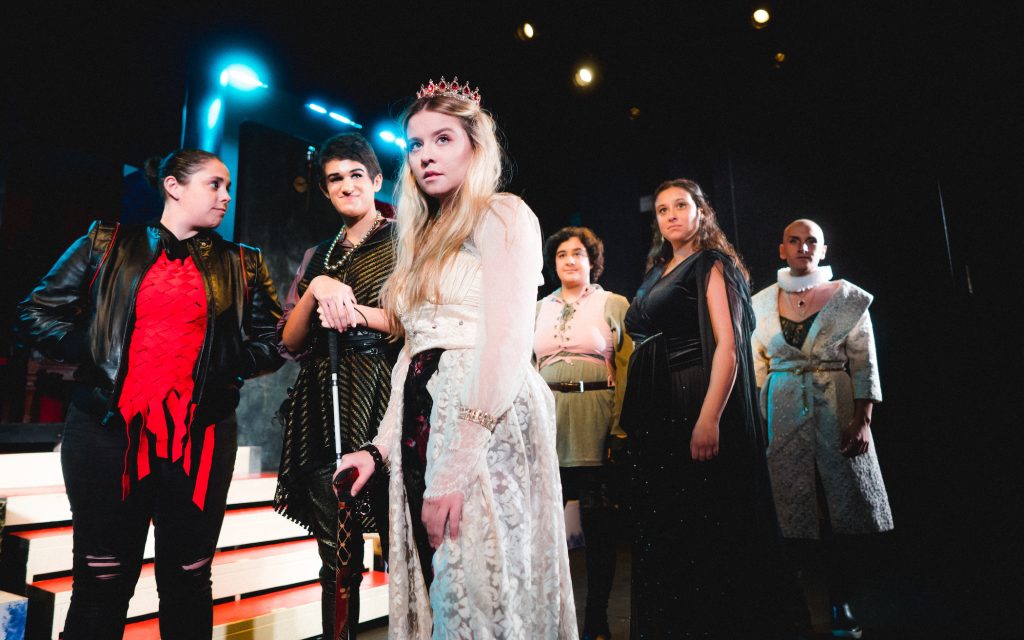 From his first speech, Shakespeare’s Richard III introduces himself as someone set apart by nature, scorned for his difference. He is “Deform’d, unfinish’d, sent before my time/Into this breathing world, scarce half made up.” Despised for his disability, Richard chooses to be a villain—he makes excuses for himself for his sins to come.

In its return to live performance, the Babes with Blades Theatre Company, known for its use of stage combat and the casting of women in male roles, explores disability culture and “othering” in its new production of “Richard III.” The production uses disabled and non-disabled actors. Director Richard Costes is deaf. Lauren Paige, who plays Queen Elizabeth, uses a cane. Richard is played by legally blind actor Aszkara Gilchrist.

The production makes interesting choices—some of them work, some don’t, and some took some getting used to.

The use of captions projected on a screen above the stage is a boon for those who may have trouble hearing and will be a familiar sight to those who attend opera and other local theater productions done in languages other than English. Rather than having child actors or adults pretending to be children as the young princes, the production uses featureless rag dolls, manipulated and voiced by actors. At first, this was odd and confusing. But then the soft floppiness of the dolls came to signify the vulnerability of the doomed children, and created the show’s most moving images. The use of modern music was less successful—having the ensemble sing Tom Petty’s “It’s Good To Be King” was funny, but takes you out of the play.

One excellent choice was the use of combat both at the start and the end—multiple swords clashing in a red and murderous light. This is a play about power and bloodshed, and this production sets that up before a line is spoken. 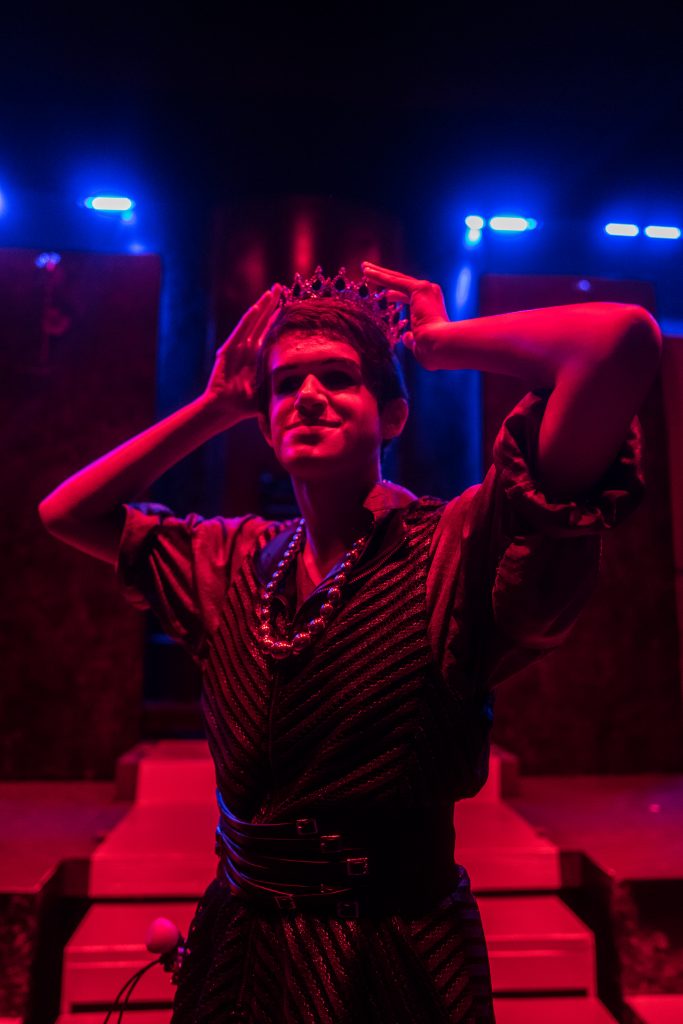 Gilchrist’s Richard is very much a person set apart—a lonely figure with her own agenda, which suits the character well. Unfortunately, her Richard is more like a petulant boy, smug and snarky, than a scheming, charismatic villain. At times, she spoke her lines too fast, as if she were in a hurry to get them over with. This is a pity, because these are some of the best lines in English literature.

Standouts in the cast include Pat Roache, whose Queen Margaret is both intimidating and vulnerable; and Kristen Alesia, playing highly contrasting roles as Lady Anne and Lord Hastings. Both Alesia and Roache make these characters large, with showy emotions, while still being believable. As Edward IV, Kim Fukawa shows the king’s rapid descent from strength to weakness. Paige is tough and tragic as Elizabeth—an outsider who suffers horribly at Richard’s hands. Jennifer L. Mickelson is a strong Duke of Clarence, especially in the prison dream sequence, but this would have been better without the background music—those haunting words are best left unadorned.