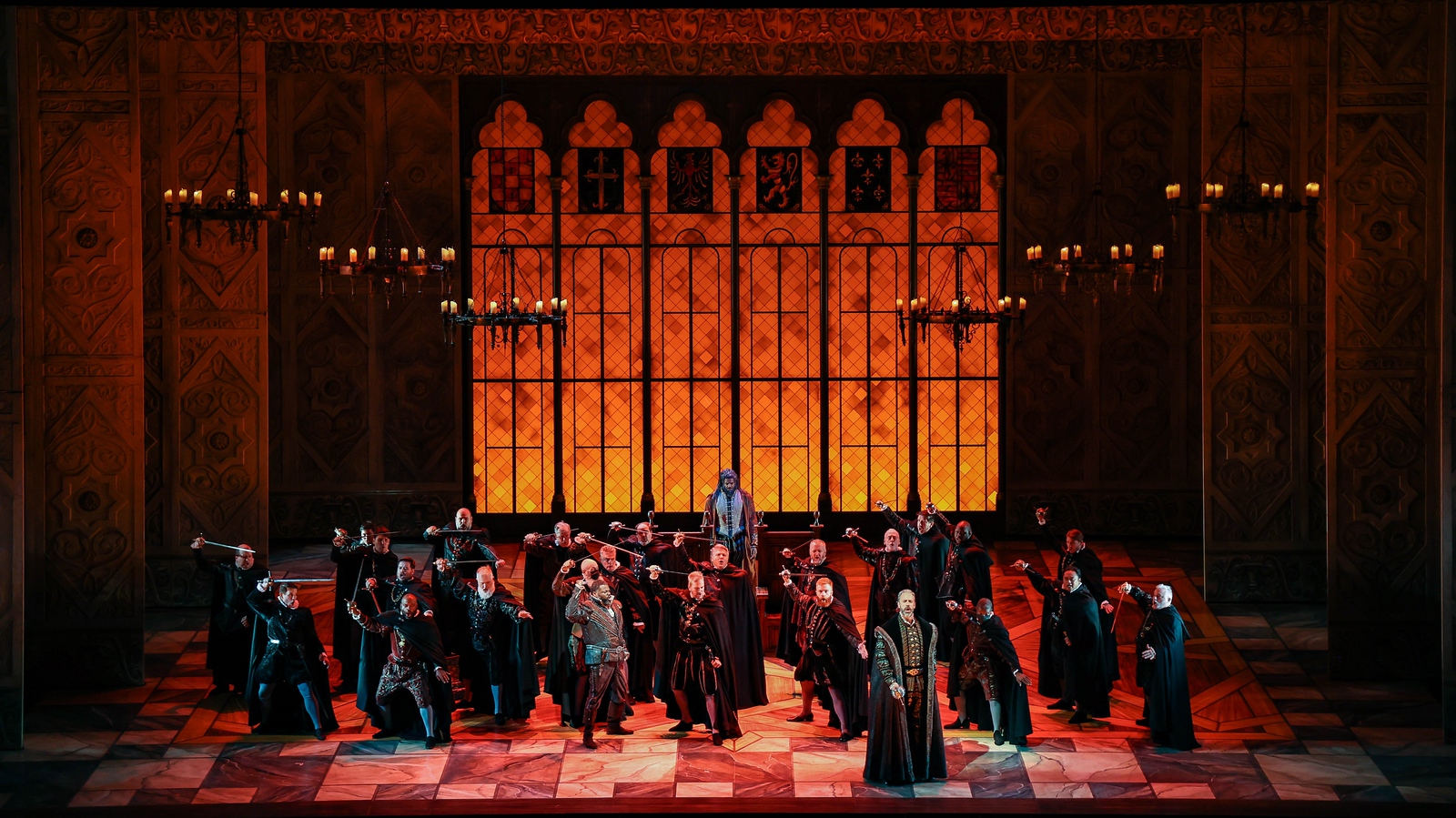 The Company of Ernani/Photo: Cory Weaver

Chicago’s world-class opera company has ushered in the 2022-2023 art season with a smashing production of Verdi’s “Ernani” that will not soon be equaled or forgotten. As music director Enrique Mazzola stood before the expectant orchestra, raised baton suspended, waiting to give the downbeat that would jumpstart one of Lyric’s most ambitious seasons, it was impossible not to recognize the gravitas of the moment. Continuance of the world of live performance was an open question not so long ago as the pandemic savaged hope, and while that monster may be cornered, it has not been eradicated. Yet Lyric Opera of Chicago thrives at the behest of a generous donor base and an audience that will not stop clamoring for the most elevated form of lyric theater.

Beginning his second full-time season with Lyric, Mazzola again proves his connection to the early operas of Verdi, shepherding Lyric’s fine orchestra, mighty chorus, and a group of singularly qualified and passionate principal singers as they search for connection to a thin story, rendered relevant by Verdi’s ever-evolving, gloriously rapacious take on the bel canto form. As wars are waged and a monarch completes her final exit, the plot of “Ernani” is highly relatable. Stripped of privilege’s power, the nobleman of the title leads a band of outlaws, who accompany him on his quest to release Elvira from the hands of her guardian, Silva, who intends to marry her. King Don Carlo also sues for Elvira’s hand. Over the course of four acts, with two intermissions, this quartet jockeys for position, with the twist that Ernani has agreed to dispatch himself when Silva sounds a certain hunting horn, a bargain that sealed an alliance between the men as they combined resources to try and unseat the King.

Director Louisa Muller’s physically quiet production regularly bursts into vocal fireworks at the hands of Russell Thomas (Ernani), Tamara Wilson (Elvira), Quinn Kelsey (Don Carlo), and Christian Van Horn (Silva). Thomas is singularly well-suited to this repertoire, and Wilson spins vocal filigree of silvery steel that must make Verdi smile from his grave. Kelsey does fine work both vocally and theatrically, and Van Horn is at his best, elevating every moment that he stands upon the stage. We must shake off the libretto’s references to Silva’s decrepitude, for Van Horn remains ever-youthful, a vibrant artist at the peak of his powers. Enough cannot be said of the energy supplied here by Michael Black’s chorus, for even though most of their time is spent parking-and-barking, the energy that flows through them and across the footlights is the finest magic of the production.