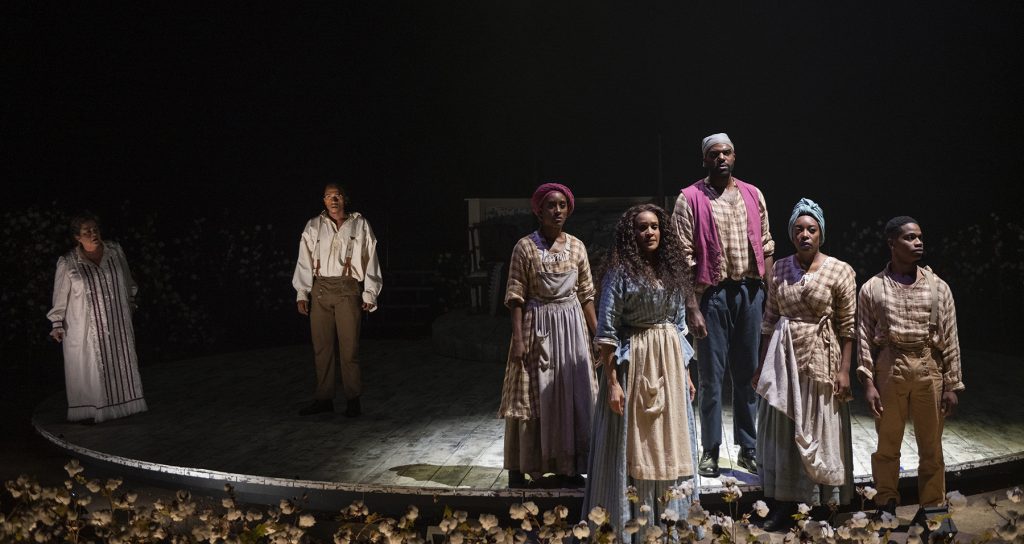 Playwright James Ijames makes the case that there’s more than one way to tear down a monument with his fever dream of a play about a fever dream, “The Most Spectacularly Lamentable Trial of Miz Martha Washington,” which opens the fall season at Steppenwolf.

The legend of the “father of our country” George Washington is almost comically burnished into the minds of America’s schoolchildren with the apocryphal tale of his honesty about chopping down a cherry tree when he was a boy. That he owned enslaved people his entire life? Not part of the “story.” And his wife Martha, also an owner of enslaved people and a woman who almost certainly had an enslaved half sister? Never really in the conversation.

Ijames rectifies this by placing Martha, sick in bed after the death of George and not too far from her own demise, at the center of a story about a fever dream in which a handful of her enslaved cohort bring forth the truth about their circumstances and their desire for immediate freedom. (George had stipulated in his will that the enslaved people under his control would be freed upon Martha’s death, leaving Martha in fear that her demise might be unnaturally hastened.) 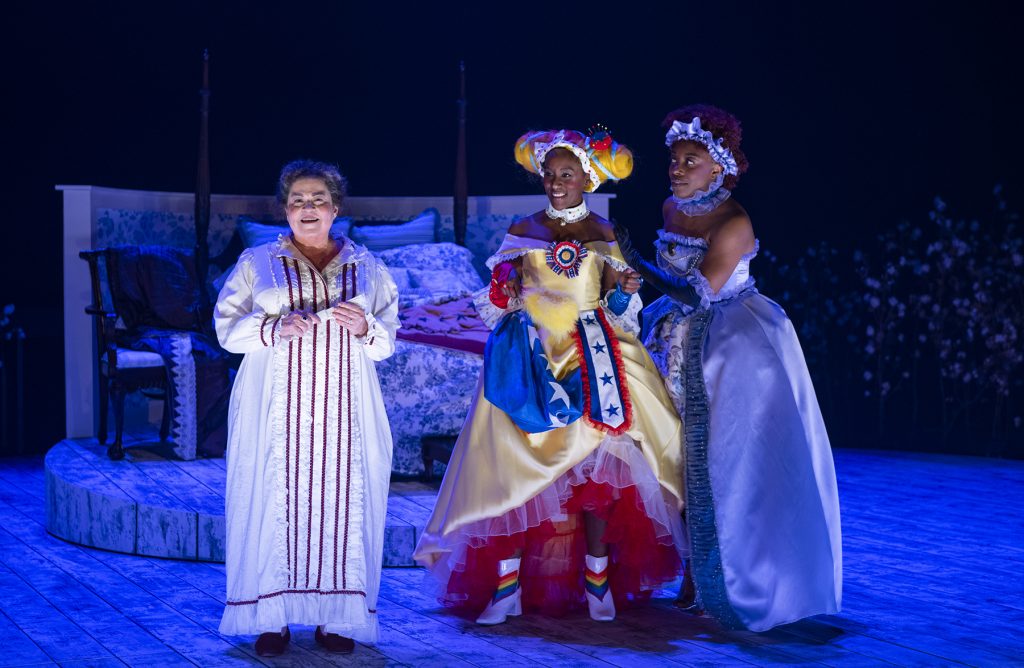 This is not Martha’s story, though; it belongs to the troupe of enslaved people around her who act out a series of hilarious sketches invoking vaudeville, hip-hop, game shows, courtroom procedurals and a righteous blend of anger, humor and ever-present humanity in the cause of convincing Martha to set them free, and to do so now. (In real life, she did so, before she died.)

Director Whitney White keeps the cacophony lively, fast-moving and yet easy to follow, something easier said than done with this text, and in doing so, the production offers catharsis bathed in humor to some audience members while delivering a bitter but necessary lesson in history and humanity laced with sugar to others. The cast, a blend of Chicago stalwarts like the always-outstanding Sydney Charles and Steppenwolf ensemble member Celeste M. Cooper along with the charming Victor Musoni and puckish Donovan Session, with out-of-towners Nikki Crawford and Carl Clemons-Hopkins (a familiar face to fans of HBO’s “Hacks,” in a marvelous show of his skills here), is a constant source of joy and revelation, as they weave song and dance into their roles. Cindy Gold does what she can with the thankless role of Martha Washington; mostly she’s present to express surprise and indignation at the truths unfolding around her, though Ijames treats her as sympathetically as any owner of enslaved people might be in this show, placing the blame on personal ignorance rather than evil for her actions, and pointing out, more than once, the pathetic lot of women in American society at the time.

Clint Ramos’ scenic design is deceptively simple, a Christmas card-Mount Vernon, surrounded by cotton fields, come to life. But it works cinematically, with Martha’s bed moving around, often in “close-up,” as her dream unfolds. And Izumi Inaba’s costumes are as colorful and zany as the show itself.

In a note from the playwright included in the program, Ijames says “I don’t come here to shame the founders or in the case of my play, their spouses; I come here to test the strength of their ideals.” If your idea of America’s founding principles include a sweeping belief in freedom and the notion that all people “are created equal” you’ll agree he’s succeeded.