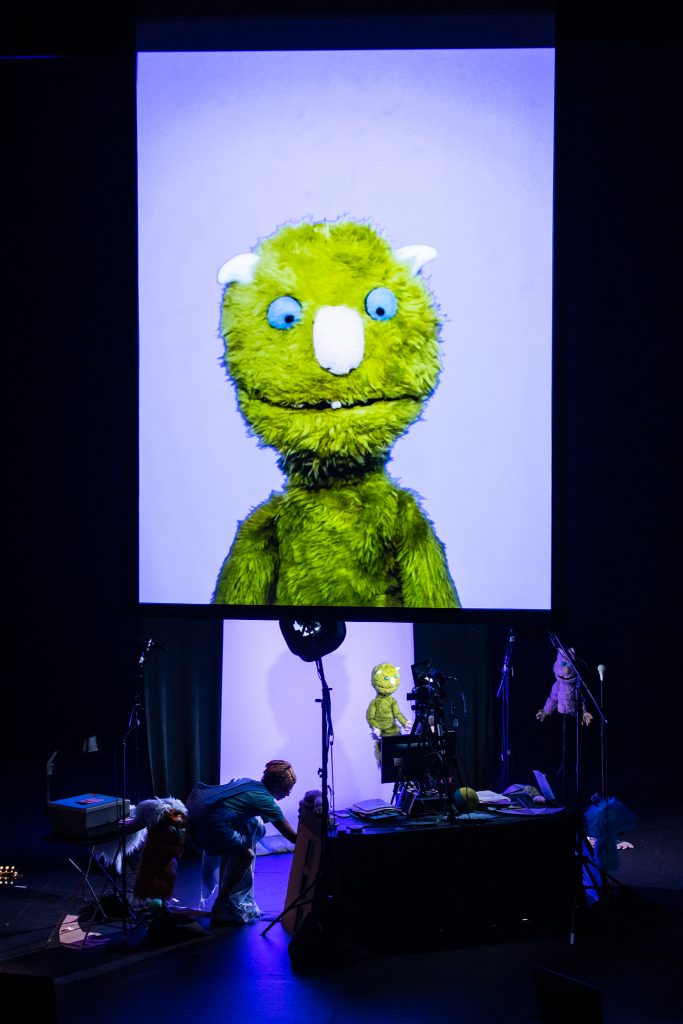 To help my review of “Leonardo! A Wonderful Show About a Terrible Monster,” I invited my friends Matahati Sabri (grade 8) and Dara Jingga Sabri (grade 3) and their mom Whinda. In a sea of preschoolers, the children were on the older divide of the kid demo, but not alone. Some of the kids were sixty. 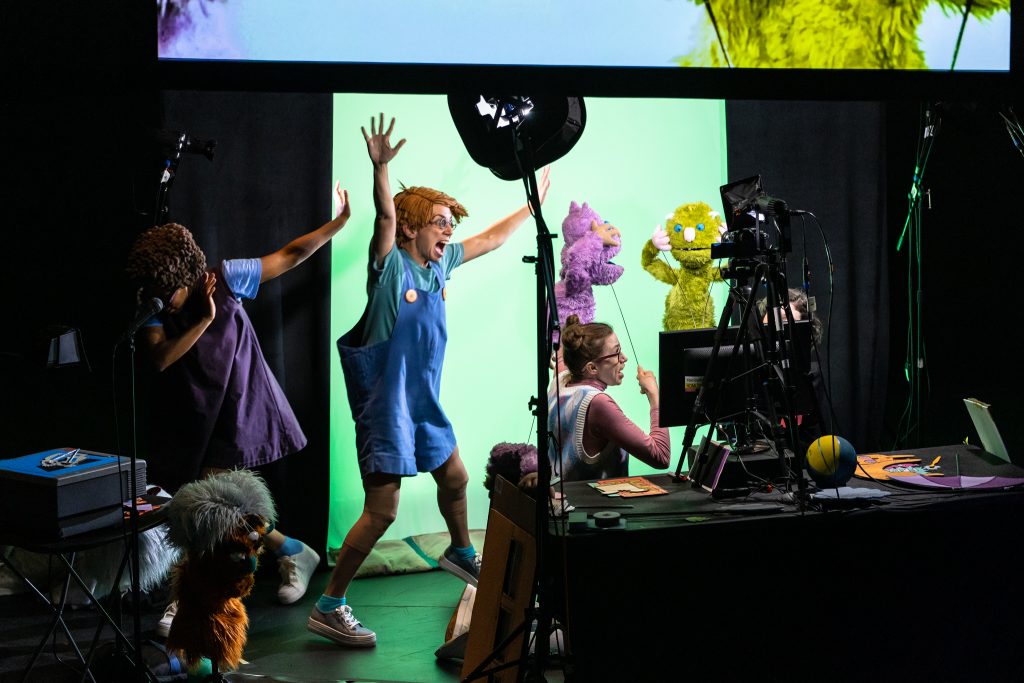 In Manual Cinema mode, the featured players appear in multiple forms, as live characters or furry puppets or as colorful paper puppets and silhouettes. While Manual Cinema’s adult shows trade in gothic and noir, this one is all tickle. Some kids shrieked early at the cartoon shadows of monsters and at the picture of Tony, the pink monster with 1,642 teeth, but there’s far more cheering, laughter and singing than shrieks.

The company’s kit—screens, tables, puppet and music stands, overhead projectors and the puppets and props—is all in view on the small stage as part of the show. Song, guitar and character voices come largely, and charmingly, from Lily Emerson. Dara Jingga, the youngest of my co-critics, paid careful attention to the story and the production elements. She was amazed at how colorful the show was, “like a cartoon.” She loved it. Matahati, an avid reader of middle-school fiction, loved the way everything worked together and was amused by the story. Both of my young guests seemed a little stunned by how the show pulled so much together. As if they’d seen a magic show. And so they had! If you know young people you can bring to this show, their enjoyment will be part of the fun. If you don’t, well, you likely have enough childlike wonder to love it, too.